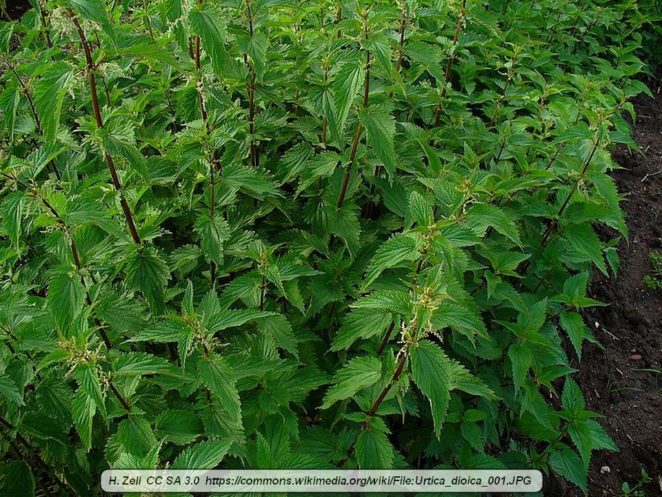 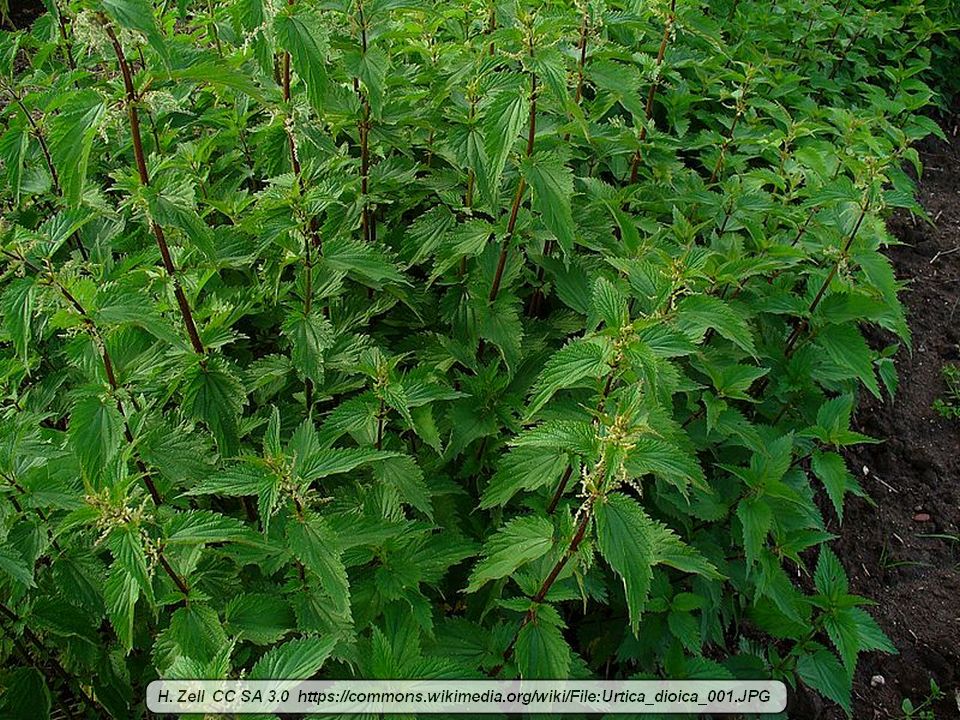 Stinging nettles (Urtica dioica) are widespread perennial plants found growing naturally in the wild in Europe, North America, Asia, northern Africa, and it has been introduced in other places. This plant is incredibly healthy to eat and many of the recipes are quite simple. 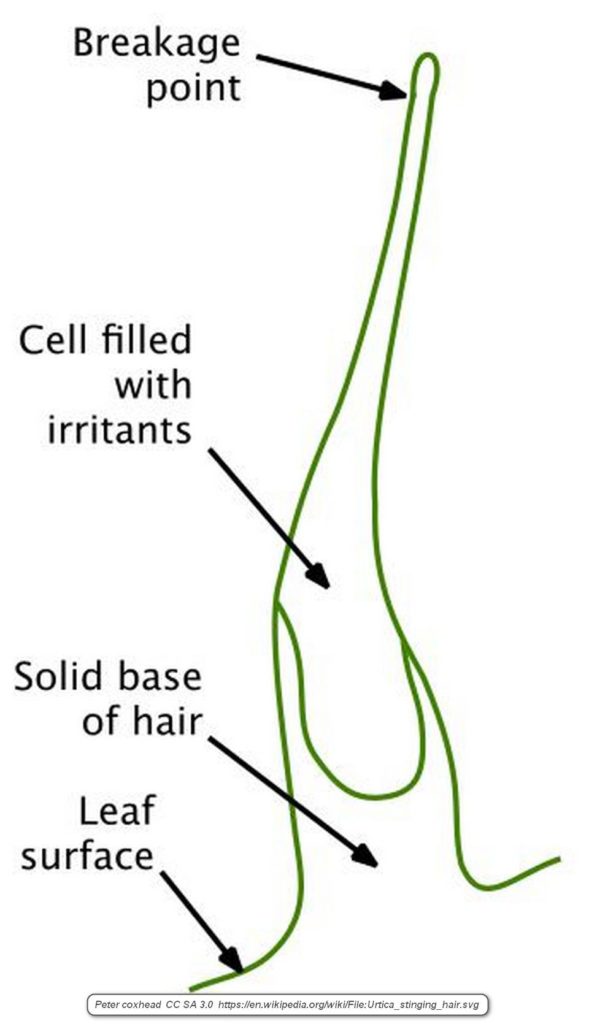 Stinging nettle is best known for the reaction people have to most subspecies when they brush up against it. The reaction is a stinging sensation from which the plant gets its common name. (Note: Stinging nettles and dead nettles are totally different plants and are unrelated.)

This plant grows to over 6 feet, but more commonly is about 4 feet tall when it is full grown. There can be some variation because there are a half dozen different subspecies. Stinging nettles often grows near rivers, streams, ditches, canals, ponds, or lakes, in places where it gets a lot of sunlight. 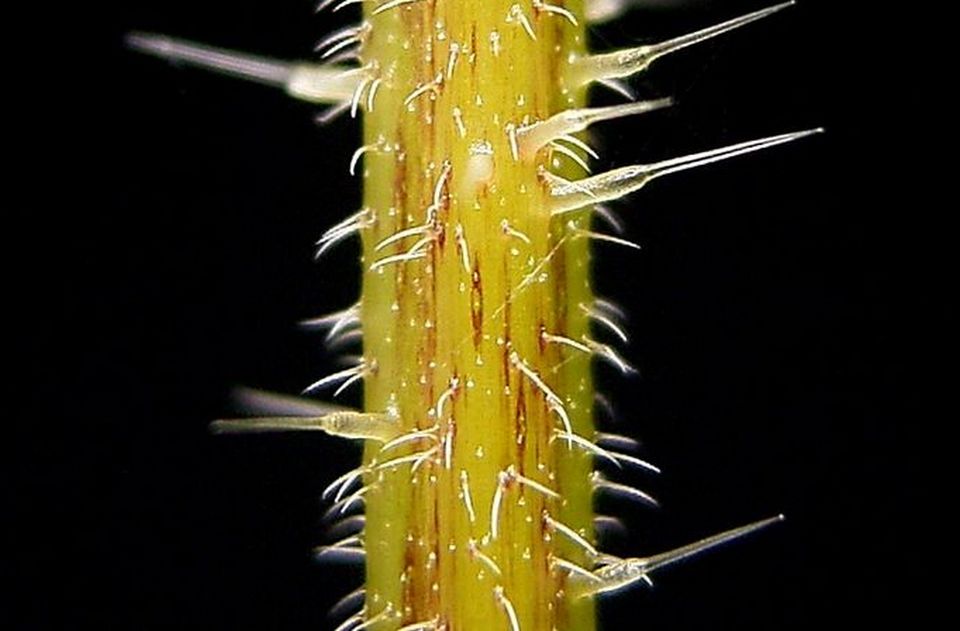 The stinging comes from a histamine that is suspended in an acid-base rather similar to the formic acid and enzymes produced by many species of ants. The histamine and acid are delivered through what looks like hairs that cover the plant. The hairs are actually made of silicon and they function as tiny hypodermic needles. Silicon is what glass is made from. Each of the needles ends in a tiny bulb. This comes off with even slight pressure, leaving the jagged end of the hollow glass needle to inject the histamine.

It might seem that any plant that has such a formidable defense wouldn’t be edible. This is quite untrue. Both heat and drying destroy the formic acid and histamine. 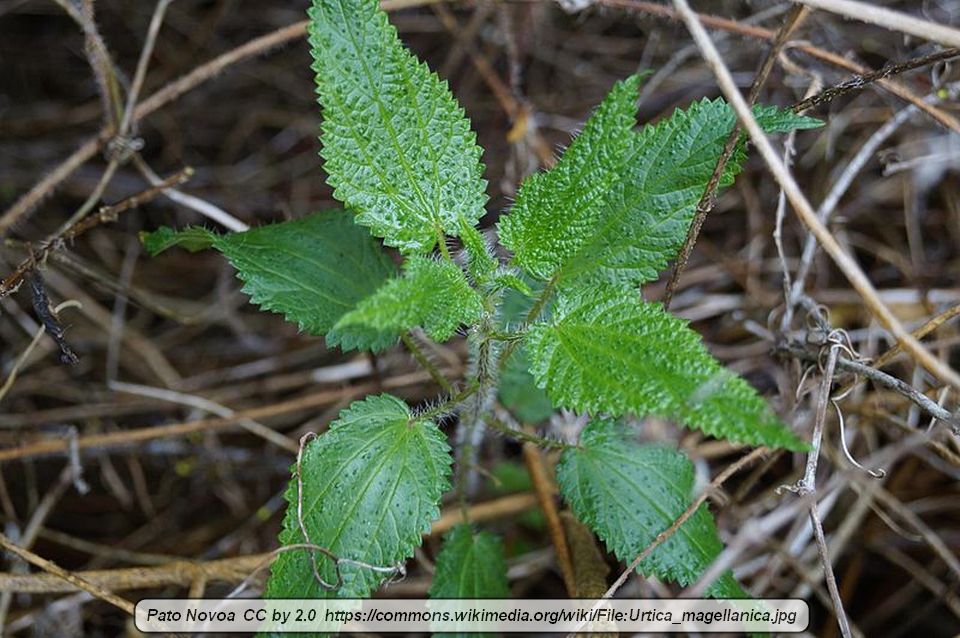 This is harvestable size. The hairs are clearly visible in this image.

Because of the stings, nettles should be collected while wearing gloves and using tongs, to avoid contact with the skin before they are cooked. It is also important to collect only the young greens, such as early in the year, before they are more than eight inches tall.

The reason for collecting only the young plants is because as the plant grows older and bigger, more silicon is fixed in the plant tissues, forming nodules of silicon dioxide. Silicon dioxide is sand and using older plants, while still healthy to eat, is rather like tossing a handful of sand in your food. It becomes quite gritty.

Note: If you accidentally brush against stinging nettles when you are collecting it, look for curled dock. I have never found stinging nettles without having curled dock growing within about 50 feet of the nettles. Simply rub curled dock leaves over the place where you got stung. The juices in the dock almost instantly neutralize the formic acid and histamine. 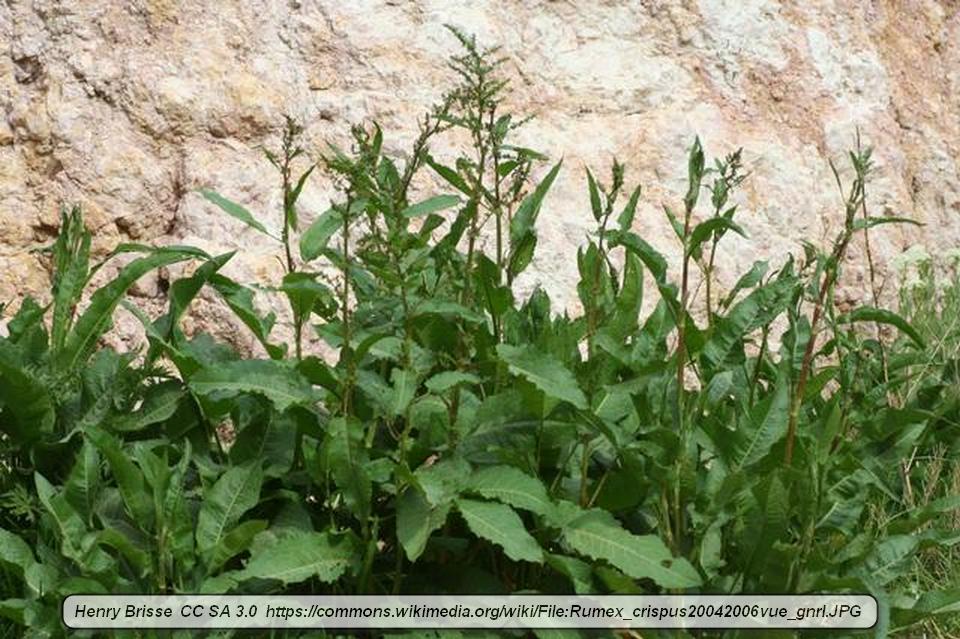 Here is an old saying that can help you remember about the curled dock, which is also edible, incidentally:

Nettle in, dock out, dock rubs nettles out.

The nettles can be put in a paper bag for transport and when you get them home, they should be thoroughly rinsed in cold water. The hairs have a tendency of collecting dust and debris that you’ll want to rinse off.

Again, make sure that you use gloves and/or tongs when rinsing the plant.

Stinging nettles are powerhouses of nutrition. One cupful of blanched nettles has only 37 calories, yet it supplies a quarter of the recommended daily amount of dietary fiber.

That same cup of nettles also supplies over a third of the amount of vitamin A that adults should have in their diets and nearly half of the calcium they should consume on a daily basis. Additionally, it has over 500% of the vitamin K that is needed every day. This plant is also high in vitamin C.

Stinging nettles are very high in manganese and is high in iron, magnesium, phosphorus, and zinc. They are very low in sodium and contain no fat or cholesterol.

Stinging nettles are helpful for many medical conditions, many of which are being investigated more thoroughly. Stinging nettles can prevent diabetes or lessen the effects if a person already has the illness.

Nettles help with the production of red blood cells and it is an anti-inflammatory. It is used to promote the health of the gallbladder and kidneys. It has long been known as a diuretic, so it also helps with water retention problems and weight gain.

It can ease the symptoms of asthma, hay fever, and other seasonal allergies. Studies have shown that it has the ability to lower blood pressure. Other studies have shown it to be powerful in the treatment of prostate cancer and enlarged prostate. When eaten by dieters, it also helps to increase muscle mass.

A normal question that comes to mind is how to prepare stinging nettles. This is really quite simple since chopped nettles can be steamed until tender and eaten that way, with a bit of butter, salt, and pepper.

However, among my all-time favorites is stinging nettle soup.

1. Combine the steamed stinging nettles, milk, butter, and salt in a large pot.

2. Heat over low heat until the butter is melted and the soup is hot. This takes about 10 minutes and the soup should be stirred while cooking to prevent the milk from scorching.

Serve with crackers. Ground black pepper can be added if desired. Also note that if you want a creamier soup, prior to heating, put everything into a blender and puree it.

Stinging nettles are great wild plants for their health properties and it is a tasty treat to eat when properly cooked. It isn’t hard to find this plant, but it is packed with vitamins, minerals, and fiber while being low in calories, sodium, and cholesterol. Although this could be classed as a survival food, it is a personal favorite for spring soup.