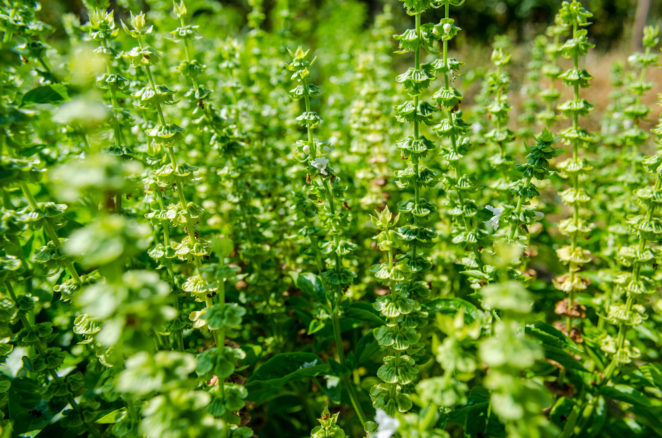 The blossom are mostly white, very rarely purple-white or red.

As an herb and spice, the top part of the plant is used, most often the fresh-cut stems, harvested during flowering, and dried before flowering.

With basil relate many tales and legends.

In India, basil is “doomed” to the god Vishnu because it protects against the terrible mythical snake that “kills with the eyes.”

In Egypt, it was used in embalming the dead.

During the Roman Empire, a basil was a sign of expression of love.