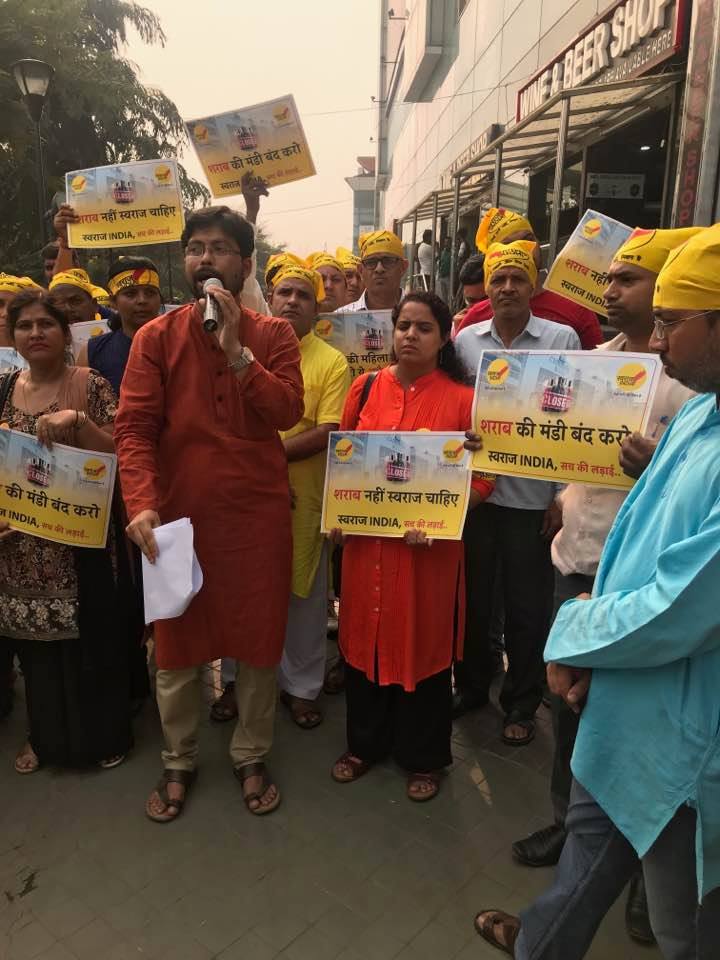 The 1st time elected Govt. in the National Capital of India is a new born baby. But it’s act of administration is highly corrupt under table. Else, how can a government can provide licenses of 369 liquor shops within 365 days of it’s governance. It is the reason for which a previous accompany of National Capital’s Chief Minister, Mr. Yogendra Yadav has not only floated a new party named ‘SWARAJ INDIA’ but also opened his protest against such liquor shops in Delhi which break and destroy the peaceful lives of People in Delhi.

This protest against Liquor Shops within the diameter of residential area in Sahadra in the National Capital which led by the President of Delhi Unit, Mr Anupam on this Sunday.