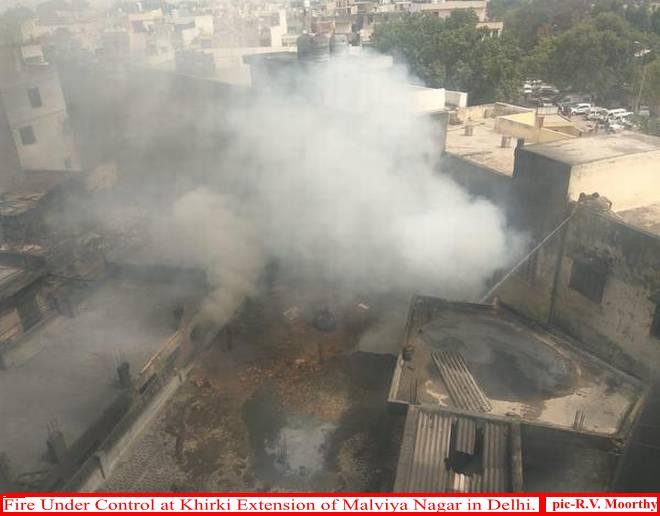 19 Hour and 65 Fire Fighting Engines with their the best and relentless effort waking up entire night were able to douse the major fire caught on Tuesday in Delhi’s Malviya Nagar. On last Tuesday a truck having the state of Punjab’s Registration number was parked inside a godown at Khirki Extension which was heavily  loaded with Rubber Sheets. Khrki Extension is adjacent to Malviya Nagar in South Delhi Area. 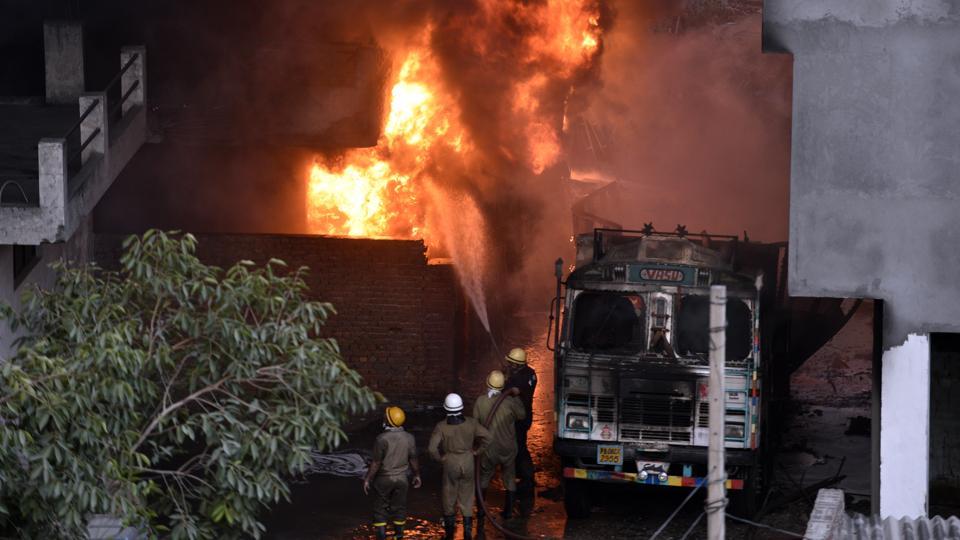 The said truck caught fire at around 5 P.M. on Tuesday and eventually did spread inside a godown where quintals of rubber Raw materials were kept in store owned by a Private Company.

Not only Police and officials of Fire department but also Delhi Disaster Management Authority, Civil Defence including the Air Force were engaged for putting up fire and rescue operation. Indian Airforce tasked 3 sallies to extinguish the dangerously speeded fire. Dry Chemicals and Foam were planned and designed  by five Fire Tenders  were also used  in this operation.

For the sake of safety  point of view near by 13 buildings and a Public School have been evacuated as stated by the area DCP, Romil Baaniya. Medical teams comprising near by hospitals and AIIMS along with Safdarjung Hospital have been alerted to attend any unseen and accidental injuries.

On the other hand under the IPC Sections 285 and 336, a case has been registered at near by Malviya Nagar Police Station.