The year in film was yet again dominated by Marvel and their multitude of superheroes as Walt Disney studios took the top three spots of highest grossing movies. Black Panther (£1.33 billion) was overtaken by The Avengers: Infinity Wars ($2.3 billion) in the late autumn for top spot and the latest Jurassic Park movie closed on second spot with $1.3 billion. Incredibles 2 was the first animated entry on $1.2 billion in fourth place and Venom, somewhat surprisingly, in at 5th place on $885 million. The poorly rated Aquaman is in 6th on $846 million and proves comic book fans will watch pretty much anything if it’s Marvel. Good to see Tom Cruise in their in 7th with the Mission Impossible franchise with $791 million and Deadpool 2 became the second highest rated 18R movie in history with $735 million. Deadpool was top. Oscar tipped biopic Bohemian Rhapsody made $714 million dollars in a very short period of time and heading for a biopic billion dollars. Fantastic Beast 2 completed the top ten with $692 million dollars. 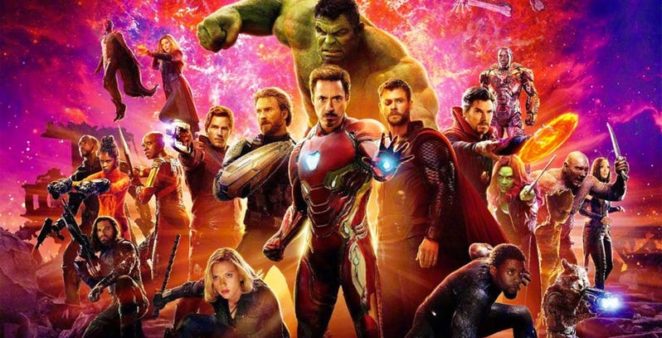 Blonde bombshell Scarlett Johansson topped the female list at $40 million for her Marvel money, pushing Angeline Jolie down to number two, who picked up $22 million dollars alone for Maleficent 2. The appeal of Jenifer Aniston continued as she claimed the bronze medal with $22 million and Jennifer Lawrence was nudged down to fourth now the Hunger Games is wrapped up on $18 million dollars. The homely Reece Witherspoon claimed 5th on $17 million. Even with the success of Black Panther there is no black actress in the top ten. 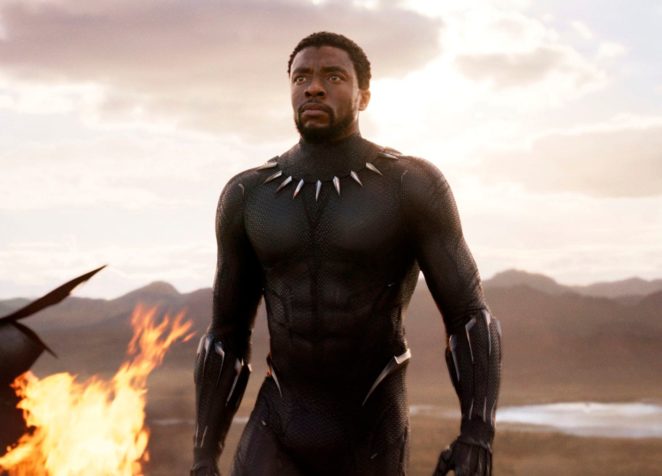 So here is my picks of the films I sort out in 2018, which doesn’t mean they all came out in 2018, and good movies few and far between last year as every year gets worse for movies as the ideas run out and all the bloody funding spent on special effects films.

Marvel also dominated for me in entertainment values with Avengers Infinity Wars, The Ant and the Wasp and Thor Ragnarok (2017) standout there. Black Panther was OK but hyped up to sell to the black community and basically a perfunctory Marvel film with black people in it. Deadpool 2 was fun but Ryan Reynolds still too overbearing in the roll. Dr Strange (2016) appeared in my movie package list and so gave that unlikely Marvel actor Benedict Cumberbatch ago, also fun.

The new run of Star Wars films are way better than the previous three and The Last Jedi (2017) good fun. It’s trying a bit hard to appeal to all countries with its diversity cast but I guess the actual universe is not populated by white American men with likewise teeth and so fair play. Dystopian steam-punk action thriller Snowpiercer (2013) came up in my researched films to see list and so I tracked it down and would say a hidden treat you should also look out for, the tale of a train that circumnavigates a frozen future Earth with a perpetual engine that means the train can never stop, the last people on Earth aboard it and locked into a brutal class system.

There is a Mission Impossible film every three years, like Bond, and that wait makes them both work well and leave you gagging for more, Mission Imposisble:Fallout, great fun. Cruise tries to outdo his amazing stunts every movie and came a cropper here, smashing his ankle to pieces, but remains one of cinemas few genuine A- List stars on screen.

Brawl in Cell block 99 (2017) was a relatively unseen movie and cast Vince Vaughan in a more serious role, here playing a psychopath that has to go to prison and kill someone bad to get his girl back. Normally I run a mile from Vince Vaughan movies as he has done very little but lean on lamppost on DVD covers since the brilliant Swingersn(1997) but this got great ratings and a real treat. He is really good in it playing against rom-com type and a must see lads film.

Darkest Hour (2017) and Dunkirk (2017) came out on DVD last year and enjoyable and patriotic Brexit supporting movies that got the big awards here, Dunkirk having the most incredible soundtrack. They do the skew the facts some to create the drama though and so an issue.

The 2018 Oscar winners were OK and nothing more, The Academy again having to respond politically to ‘issues’ affecting their industry by nominating films on those themes to apologise, this time women and #metoo. The Shape of Water and Three Billboards movies about put up women who rise up from the flames won big but typical Oscar fare.