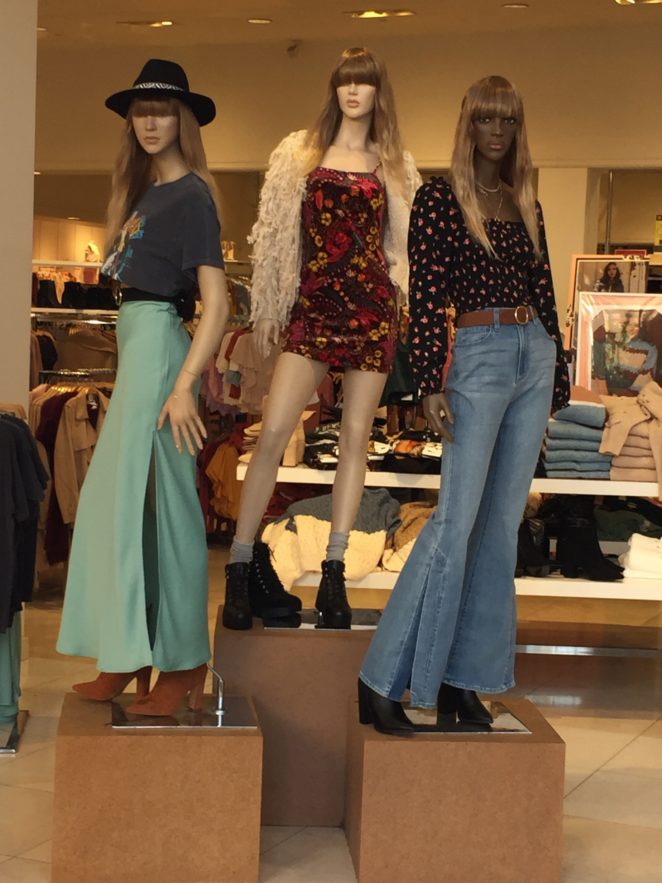 It is a breezy and warm afternoon, when I decided to drive to the Spectrum Center at 4 pm for an Improv show at 7 pm. It wasn’t hot, as people said it would be. I walked around the mall, checking out some things as well as I took snapshots of some Forever 21 window display mannequins. At 6pm, I was hungry. I noticed a hot dog cart, and they also sell vegan hot dog. So, I decided to try one. 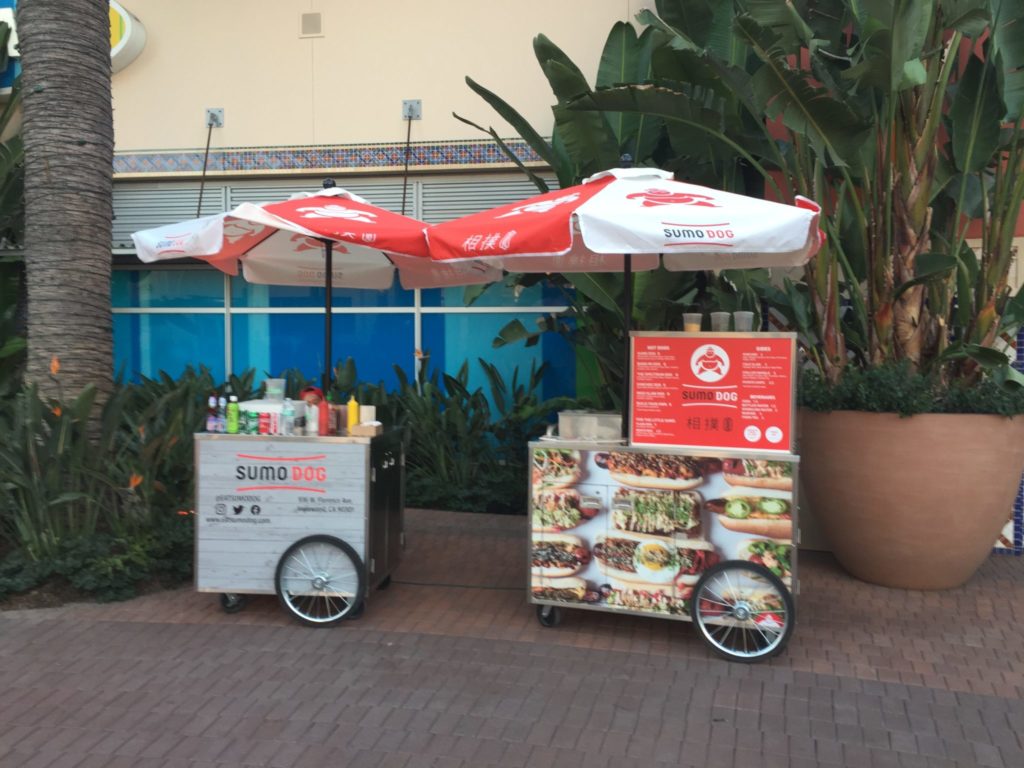 I checked out the menu, and I noticed there were interesting toppings. I wasn’t sure which one to try out with a vegan hot dog. The guy said that the Sumo Hot Dog topping is the most popular one. So, I decided to get that one. 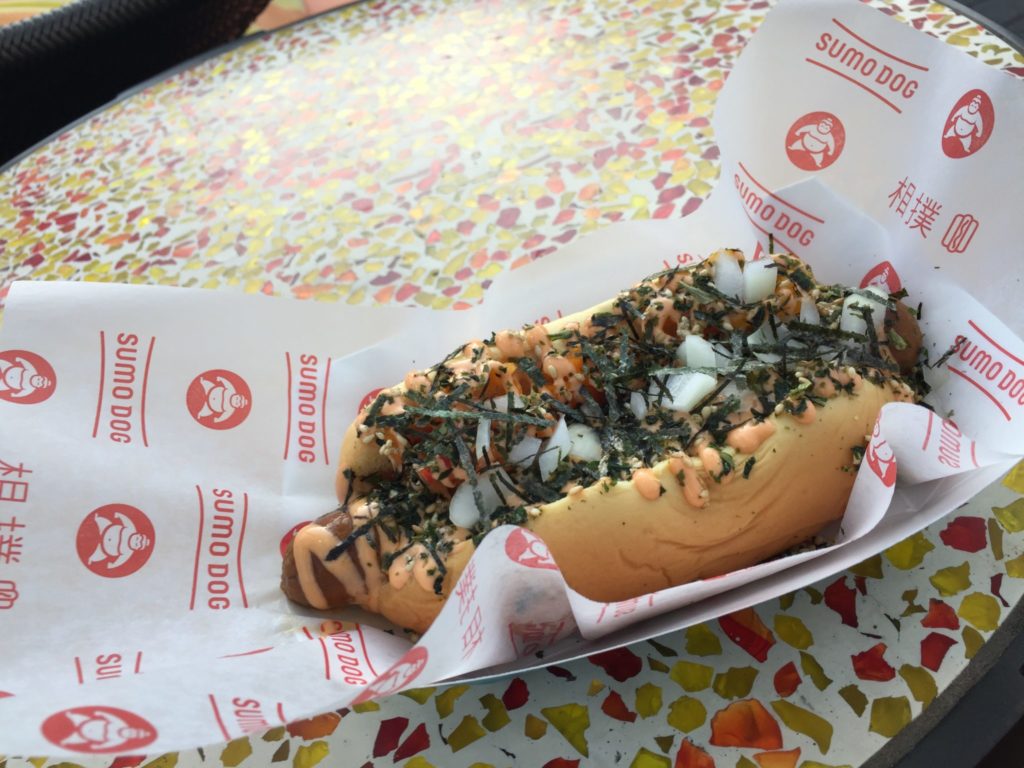 It was tasty and spicy. I think it has wasabi on it.

I picked up my ticket at 6:15 pm, and I hung out there. I noticed some familiar faces, and I joined their group. I ate hummus and warm pita bread at the Improv, as well as 2 glasses of water. Two of the comedians were funny. One was very entertaining. We couldn’t stop laughing.

At 9:30 pm, I walked out, ran into another familiar face from another walking meetup, and continued walking to my car. It was quiet and peaceful at the mall. I get into my car as usual, and I started slowly backing up. I heard someone blow their horn, so I stopped. I thought they drove off, and then I started slowly backing up again. I felt a light tap. I stopped my car and got out. An Asian teenager was standing by her car. It was a light bumper to bumper tap. My bumper seems OK. She said her bumper has two light and small scratches, which isn’t a big deal. We took a photo of each others license and she took a photo of my registration and AAA card. I will probably sent her other information later because it was in my other purse. Then, I drove home. That is the third time a teenager hit my car, but it is the first time with my New Beetle. I don’t think I have any damages to my car, but she has two light and small scratches on her back bumper.