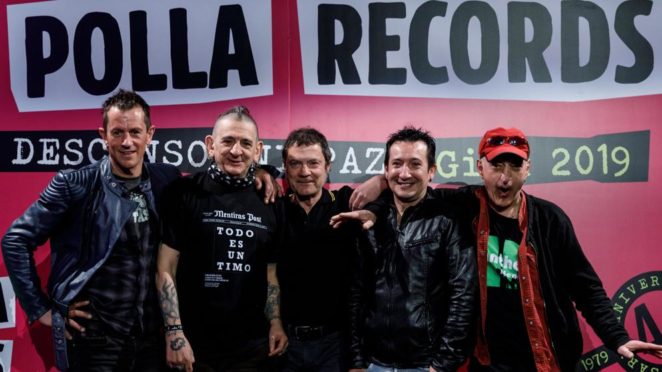 They have released a new album titled: “Ni Paz, ni descanso” that comprises 19 songs from their first three albums and a new one that you can discover right now.

Evaristo had not spoken with the rest of the band for many years, yet as they had to talk about royalties they came up with the idea of playing again. They will be playing two times in Barcelona, Valencia, Madrid, and Bilbao. What is more, La Polla Records will be touring South America next year. Evaristo acknowledges he only has one thousand seven hundred euros in his bank account…