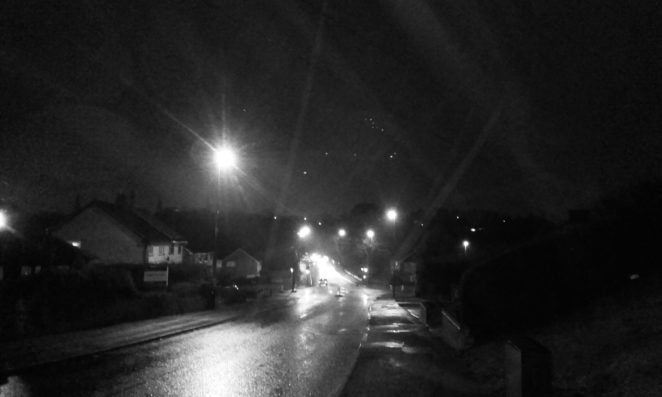 At this moment in time, I am currently sat in one of my favourite cafes. I had to work Yashka early this morning as it has given out thunderstorms, later on, today so I wanted to get her work out of the way early.

So here I am. Here to do some more creative writing. I have no idea what I am going to do. I may do some fiction or some streams of consciousness, we’ll see where the wind takes us.

Remember that these pieces are raw drafts, they have not been edited apart from spelling and grammar.

The title of this blog is a quote by Stephen King.

Onwards and upwards then.

His head snapped up, the text he was carefully crafting forgotten about for a moment. He stared across the table, one eyebrow raised as Rick smirked lazily at him.

“What?” He spat, reaching for his mug and taking a hesitate sip. Cold tea, lovely.

“Are you going to have your phone permanently stuck to your face all day? Or do I need to take it off you?”

Michael scoffed, shoving the mug back on the rickety table in disgust. Two quid that had cost him.

“Like to see you try,” he mumbled, leaning back. “You aren’t my mother.”

If anything, Ricks’ smirk grew wider, almost splitting his face in two.

Now that would be an improvement, he thought, trying to resist the urge to chuckle.

“No,” Rick said, taking a sip of coffee and stretching smugly. “But I do have her number.”

He raised an eyebrow at his childhood friend.

“We aren’t fifteen anymore, Rick. Your threats don’t mean anything.”

Rick placed his mug back on the table between them and leant forward, hands on his knees.

Michel frowned slightly, unease making itself at home in the put on his stomach.

“Yeah,” he said, hoping his voice didn’t show the trepidation that was residing in his chest.

Rick leant further forward, the smirk back in place.

“So if I told, oh, I don’t know, Martha, that the real reason you cancelled your date last week is that you were out on the town with me, instead of being too ill to see her, as you so eloquently put it.”

He opened his mouth and promptly shut it. Rick laughed and fell back into his chair, one hand ruffling his already messy hair.

“You wouldn’t,” Michael spluttered, eyes wide. Martha hated him going out drinking, she thought it was a waste of time and hard earned money. Not that she had ever touched a drop in her life, the strange girl.

“Try me,” Rick challenged, staring around the café.

Michael rubbed his forehead. It wasn’t worth it.

“What do you want then?” He asked, slumping slightly in his chair.

Rick held his hand out.

“No way in hell,” he said, curling his hand protectively around his phone.

Rick shrugged. “Fine, your loss,” he said, reaching for his own phone on the table. “I’ll just give our beloved Martha a quick text and-“

“Aright, you win. This time, that is,” Michael said, seeing the triumphant grin on the other man’s face.

“You keep telling yourself that,” Rick said, snatching the phone out of Michael’s hesitate, outstretched hand.

“You’re not allowed to text anyone though. Nor posting any photos on any of my social media,” he warned, the uneasy feeling twisting his gut and leaving him slightly breathless.

Ricky simply nodded, slightly bent over the handset, his green eyes ablaze with mischief. A few moments of silence passed, interrupted only by the clinking of cups and soft conversation. Michael anxiously ran his hands over his jeans and glanced behind him, before redirecting his gaze at Rick.

“What are you doing?” Michael asked, leaning forward in a vain attempt to see the screen.

Rick shot backwards and turned the screen towards his chest, the glint in his eyes setting Michaels’ nerves on edges.

“I may be updating everyone on your friends’ list that you are taking part in the next series of Britain’s Got Talent, you’re going to be doing a splendid choreographed dance routine to Let It Go from Frozen.”

Michael pressed his hands over his eyes, groaning as Rick chortled across the table.

That’s it, he thought, feeling the blood rush to his face, I’m going to kill Rick for this and make it look like an accident.

Meanwhile, Rick was still laughing, his eyes screwed shut as he thrust the phone in Michael’s direction to see how many people had liked the status update.

“I hate you,” Michael moaned, waving the phone away.

“Nah, you love me to bits,” Rick said, grinning.

Shall we have a stream of consciousness?

This is inspired by a song called Creepin’ Towards the Door by Griffinilla.

Threatening to burst through her chest.

Then it happened again.

Sweat trickling down her back.

Sharp nails dug into her skin,

Perspiration breaking out on her forehead,

She dare not move,

Dare not make a sound.

They had reached the landing.

What the hell was she going to do?

Her mum was out,

Her dad fast asleep after his shift,

Her phone was across the room,

She could just make out the faint glow.

Her eyes fixed on the door,

Barely illuminated in the moonlight,

No one to help her,

Nothing to defend herself with.

A warm glow pooled into her room,

As the door inched open.

A shadowy figure slipped inside,

Its features obscured by a hood.

She slowly raised herself up,

A scream threatening to flee her lips.

Eyes fixed on the figure.

A loud thump from the next room.

A door being flung open,

And frantic footsteps on the carpet.

A heavy thump echoed around the hallway.

The hooded figure wretched back his hood,

Fingers gripping the gun in his hand.

As she stepped over the body.

“Oi, are you quite done playing make believe?”

The headset was yanked from her head,

Lisa glared up at her older sister,

Holding the VR headpiece up to her eyes.

Frowning slightly as she looked around,

“What the hell are you even playing?”

Lisa tried to snatch the headset back.

“Nothing that will interest you, sis.”

Handing the VR headset back.

“Enjoy murdering people in their sleep, do you?”

Lisa glared at her sister,

Who grabbed a book and left the room.

Slipping the headset back on.

And transporting back to her world.