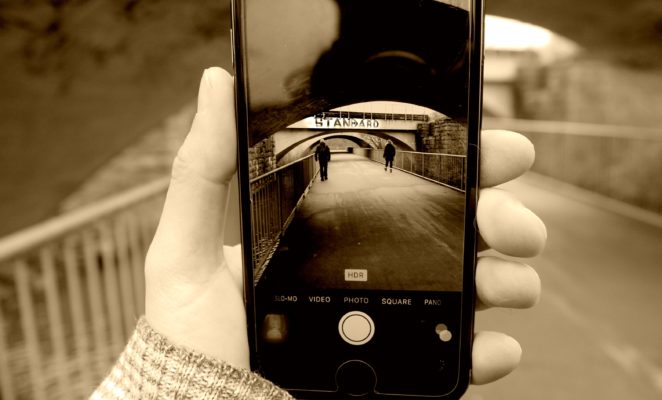 (An extract from my novel / Work in progress)

I am scowling at the heavy-duty bulldozers outside my window, establishing box-shaped buildings in the molested soil – and a sensation instantly hits me. Slaps me. Maybe kicks me in the stomach. At least I feel it in my entire system, this unexplainable queasiness:

Box-shaped brains producing box-shaped buildings. Square-formed tables, windows, doors, (well, okay, in this case, they are mathematically rectangles), computer screens, keyboard buttons… wow, I could fill out this entire random text-writing of mine with a chronic list, and nothing else would occur throughout the entire story.

Then you could be like, “what, should they produce everything shaped as squircles, heptagrams, enneagrams and hexagonal prisms?” Right. Maybe you wouldn’t ask me that, with that vernacular. Anyway. It was merely a feeling, you know. Feelings don’t always come with rational explanations.

Sliding my eyes further in the panoramic vista outside my (square-formed) window, I pause their wandering at the trees and clouds. They are shapeless. At least they don’t have any mathematical nomenclature. You could say that a tree is “tree-shaped” but it still belongs to itself. It’s not a stereotype. And so I thought: Was I becoming one? A stereotype? Slowly, undetectably transmogrifying into a box-shaped figure. No. I had to think outside the … quadrilateral parallelogram.

I had to get outside.

… So I went outside: I could think outside and there was no box required. Maybe I should have born as a hippie, jamming at my guitar in front of a fireplace, with owls hooting out in the darkness.

I am stereotyping things, I thought. Is there a stereotype for people who like to put other people into stereotypes? No, seriously, I generally don’t generalize.

Now that I had otherwise placed myself outside, with all the boxes of high-density housing encircling (en-squaring?) me, I began walking downtown, for the heck of it.

In the midst of the walking play-script, a bypassing bowed old man glares his eyes out at me – at least it feels as if they are falling out. I get this macabre inner scenario of his eyeballs popping out from their sockets, bouncing out on the road, hit by the passing truck – maybe because I feel kind of insulted by the glaring of his, as if I had murdered his wife or was the perpetrator behind Chernobyl’s nuclear power plant explosion.

He pauses himself in his walk. As he passes me, his eyes go from first to the sixth floor on me; that customized elevator glance. Well, okay, I’m not certain if I really consist of 6 floors, although metaphorically speaking, I am 6’1 tall.

I turn my head around and face him: “Yes? What is it? Can I help you?” sounding more hostile than intended. Respect old people, a voice in my head twitches. Even if they are shamelessly assaulting you by gaping at you.

He looks down at his grandpa shoes (you know, those stereotypical Sperry Topsiders; and if you want to be a conservatively correct grandpa, you will wear tennis socks inside of them), then into my eyes. “I am sorry, son. You just looked like… like…” he stumbles. I wrinkle my forehead. “Like … me.” Maybe I wrinkled it too much.

“When I was at your age, I mean. I look old and undefinable now, I know. But you… are like a mirror of my past self.”

I stare into his cobalt blue eyes, recognizing bits of myself in them. Somehow, I feel that my bladder is just about to let me down. Wetting my own pants, simply. Although I don’t. (Thank you for your loyalty, dear bladder). Nevertheless, to put it mildly, I am, – at that moment, – frightened.

“Who are you?” I ask, with an unsteady voice.

“It doesn’t matter who I am,” he says, fixing me with a glance. “Do you know what matters?”

“No,” I say. Straightforwardly, I do not know what matters anymore.

“To never let love hunt you down.”

I don’t know what to say.

“You know that metaphor with Cupid shooting people in the heart with an arrow? It’s morbid for a reason. Love is just a bloodsport, son.”

Before I am even able to open my mouth and say something, a bypassing car flashes in and the old man opens the door to enter it – and he is gone. Just like that.

What the hell. Wise old men of these modern days.

I shrug my tender shoulders and move on. I visualize myself in front of my computer screen, login into Urban Dictionary defining the word ‘random’: “To meet an old man on the street who tells that you look like his past self and then tells you not to love anyone.”

I keep walking and observe a couple walking side by side down the street, both of them with their eyes glued onto the screen of their smartphones.

I have a hypothesis regarding smartphones though: One of the main components in the human’s body mass is – apart from H2O – carbon. Scientists discovered that carbon have some magnetic properties, if etched with sulfuric acids. Thus, the smart producers behind the smartphones discovered a way to trick the dumb people: they installed some of these components into the hardware, so that they would eternally magnetize people to these devices, with screens shining brighter than the people’s futures.

The worst part? I am amongst them; the vibration of an incoming SMS that very second absolutely has to remind me of this. I fetch my phone, staring at the screen. It is on power saving mode, the screens light on its lowest. My future was never the brightest…

Well. It’s not for nothing it’s called a cell phone.