Laughing, Morgus turns to look into Elmar’s eyes. “I guess she says okay. So, yes.”

Separating, Elmar asks, “Considering how dark out it has gotten, would you like an escort back to the manor?”

Looking away, Morgus notes that while they were talking, the full blackness of a dark night has settled in. Morgus nods. “Yes, please.”

The scattered cover in the sphere is disturbed vaguely by the minor east gods-breath as Morgus, after he has spoken with Larap, braves the chilly morning to take Square out for her walk.

Apparently, he has another day off and has permission to ride a horse over to Leza’s, as he knows she has the day free as well.

Mounting the riding stallion, Morgus rides north on Drescol Street toward Leza’s, to see if she’ll spend some time with him.

Having covered about half the distance, just a tad over a kilometre, with Square trailing near at hand, Morgus spots five people emerge from the trees to the left of the road. He is about to spur the riding horse faster, to avoid any confrontation when he spots the green war darts in their hands.

All five brigands begin throwing their missile weapons, striking the horse before Morgus can urge the horse onward.

The green darts spook the horse, causing him the startle and shift about erratically.

Square takes offence, rushing to attack one of the attackers. While Square continues to bite the attacker, the others are focused on throwing their second darts, trying to dismount Morgus.

Gaining a bit of control of the stallion, Morgus quickly focuses on a small bonfire close to three of the thugs. Quickly casting a ‘fire burst’ freestyle, Morgus sends wild shafts of shards of flames into three attackers, severely burning all three. Unfortunately, even striking Square.

All five brigands continue throwing darts, hitting the horse and Morgus frequently, until the horse rears up, tossing Morgus from the saddle. The horse, with multiple darts hanging from its hide, races away, back toward Hessan estate.

As Morgus tumbles from the saddle, landing hard on his side, he acquires a deep bruise but nothing more. In agony, he springs to his feet, and the five abandon their darts and draw their shortswords.

Morgus grips his quarterstaff as he watches Square bite one attacker, dragging the nineteen-year-old Jalmal down, taking him permanently out of the battle.

Morgus rushes the group, as they’re arming themselves with shortswords, they circle Morgus to attack. The mad mage lets fly a ‘fan flame’ scorching two with enough severe burns to instantly kill them.

As Morgus is roasting two, another stabs Square mortally, dropping the dog to the ground.

The two circle Morgus, looking for his Artour Flaw. They wave their shortswords around, flailing randomly, shouting insults at him, as they gauge Morgus, and he watches them moving together.

In a lightning flash, using his quarterstaff, Morgus strikes the attacker of Square. There is a resounding smack to the Jalmal’s shoulder, almost knocking him over.

Grouping together to defend each other, the thugs feint in and away from Morgus more, with Morgus countering using his quarterstaff.

Then the magus decides it’s time again. Knowing that his magic far outperforms melee, he ‘fan flames’ again, but the two pull away in time to only receive second degree burns to about half their exposed skin.

They split apart trying a different tact: one to either side of the mage.

Going into the famed Grenar Stealth, Morgus plays it cool, waiting until the attacker of Square is three feet away. Rapidly raising his hands to waist high with thumbs together, fingers splayed fan shape, he rushes to call out, “Usten”, and the brilliant yellow 120o arc with a fan of searing flames roar out, flickering around the thug before he can react. Receiving third-degree burns and worse to so much of his body, he’s dead before falling to the ground.

But with Morgus focusing on one thug, the second thug rushes at the mage’s back, striking with his shortsword, wounding the magus.

Realising his vulnerability, Morgus rapidly reacts, whipping around to ‘fan flame’ the last thug, before he can escape the fan of brilliant, searing yellow flames. The thug dies before he collapses to the grass.

Wounded, Morgus eyes scan the area quickly for more brigands. Not seeing any, he scampers to Square’s side to examine the loyal dog. After a check of the wounds, Morgus determines that Square will live, but she needs a healer and time.

With quick deft movements, Morgus checks his own visible injuries, finding that most have already stopped bleeding. He is confident that he’ll survive.

Next, he checks each of the five thugs. Four thugs are definitely dead and one not likely to walk again on his own anytime soon.

Morgus strips the weapons and pouches from all five scoundrels. He finds five shortswords, five daggers, and eleven green war darts, as well as 2.49 value in coin. He also finds a folded tattered parchment scribed in Toy.

Considering the event, his previous plans for the day and Square’s condition, Morgus has decisions to make. Hessan estate is just over a kilometre south. Leza’s is just over a kilometre north. The local healer who he is aware of is three kilometres south. Also, there are the local priests and City Watch to deal with, as well as Lord Hessan and the Hessan Priests of Imvor. 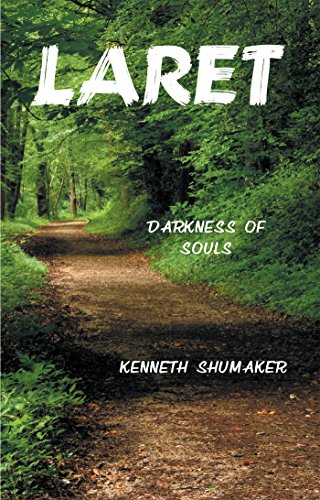 Enjoy Kenneth’s new intriguing fantasy novel ‘Laret: Darkness of souls.’. Enter the Darkness of Souls and journey with the Black Swans through the Web Shireward as they battle the invading armies of the god Tearmain. This captivating novel is available at the following: 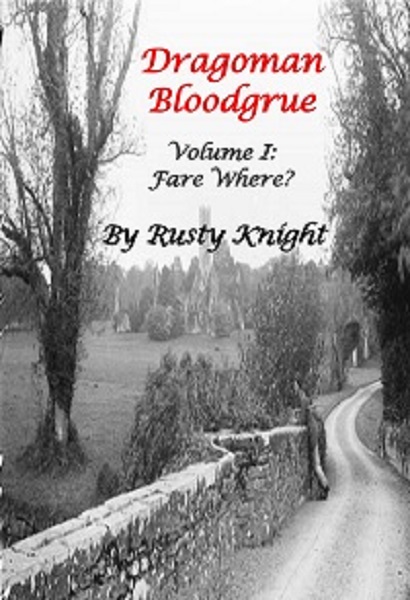 We would like to acknowledge the following for their work on this episode:

The author is Kenneth Shumaker.

Our graphics designer is Kenneth Shumaker.

The episode editor is Donna Shumaker.

The distributor, marketing, producer, promotions, and publisher of this episode is by Inevitable Unicorn Press, also known as InUPress.