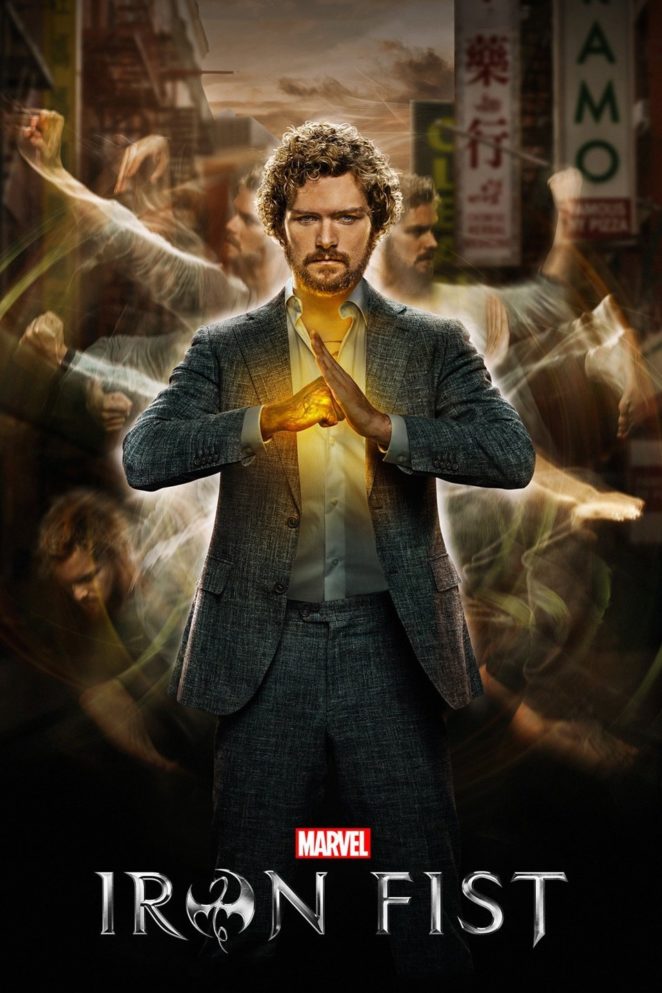 Marvel’s Iron Fist, or simply Iron Fist, is a Netflix American web series based on the Marvel Comics characters of the same name, that is set in the Marvel Cinematic Universe (MCU) that shares continuity with the films of the franchise and is the 4th in a series of shows that will lead up to the upcoming The Defenders crossover miniseries, which was premiered in New York last July 31, 2017, with the full season of eight episodes and scheduled to be released this August 18, 2017 on Netflix. The Defenders series is the culmination of a series of interconnected shows from Marvel and Netflix, and is produced by Marvel Television with ABC Studios in association.

In this series, Finn Jones (Ser Loras Tyrell of Game of Thrones) plays as Danny Rand, an orphaned young billionaire who became a Buddhist monk at Kun-Lun when his parents died in a plane crash. He later became a martial arts expert, who has the ability to summon or call upon the power of the Iron Fist, that glows in his fist making him invincible at brawl and can even channel wounds for healing when chi is focused for concentration. Jessica Henwick (Nymeria Sand of Game of Thrones) played the role of Colleen Wing, a young female martial artist who runs her own dojo called Chikara Dojo in New York City, who was working with the top secret organization headed by The Hand.

Also in the cast were: Tom Pelphrey (Kurt Bunker of Banshee) as Ward Meachum, childhood acquaintance of Danny Rand, who runs the Rand Enterprises when Danny and his parents were gone missing; Jessica Stroup (Lieutenant Sullivan of Jack Reacher: Never Go Back) as Joy Meachum, Ward’s sister and also a childhood acquaintance of Danny; David Wenham (Dilios of 300 / Faramir of The Lord of the Rings) played as Harold Meachum, a ruthless corporate leader and co-founder of Rand Enterprises who was partners with Rand’s parents at the time of their deaths. Harold is also Joy and Ward’s father; Sacha Dhawan (Hesper Pilot of After Earth) as Davos, a skilled martial artist who is the son of Lei Kung and Rand’s former bestfriend in Kun-Lun, who grew envious when Danny was chosen as The Iron Fist; Ramon Rodriguez (Leo Spitz of Transformers: Revenge of the Fallen) as Bakuto, a leader of the faction of The Hand and Colleen Wing’s sensei or master; Rosario Dawson (Gail of Sin City) as Claire Temple, a former nurse from Hell’s Kitchen who joins Wing’s dojo. Rosario Dawson has her reprise roles from previous Marvel’s Netflix series like Daredevil, Luke Cage, and Jessica Jones, and she will also has her same role on a crossover miniseries The Defenders; and Wai Ching Ho (Chinese woman of The Sorcerer’s Apprentice) as Madame Gao, a powerful old woman who runs her own trade of heroin under the secret aid of Rand Enterprises, has also her crossover role at this series.

On July 2017, a second season was ordered by Netflix, with Simone Missick of Luke Cage series will reprise her role as Misty Knight, a former detective of NYPD. This series is good for those who loves watching Marvel fictional heroic figures. This one ended up its first season with positive reviews, except that the story here is much mystical than the three previous solo Defender hero series like Daredevil, Luke Cage and Jessica Jones. You should take a shot to watch this series. Full of martial arts and ass-kicking stunts that everyone will surely love to watch. A big break for two Game of Thrones character actors who played Ser Loras Tyrell and Nymeria Sand. Good job Finn Jones and Jessica Henwick. You nailed it!