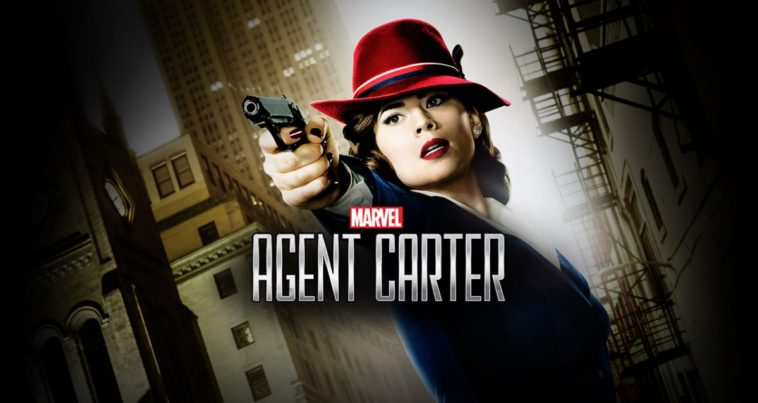 Just done watching the last episode of 2nd season of Marvel’s Agent Carter. Agent Carter or Agent Peggy Carter was formerly a fiancee of Steve Rogers aka Captain America, but he was believed to be dead at the start of the series, when he engaged at war against the Soviets. Agent Carter worked as an SSR (Strategic Scientific Reserve) agent and at the same time works also under Howard Stark’s contract. Howard Stark was the father of Tony Stark aka The Iron Man. When Howard Stark is accused of treason, Peggy Carter was secretly recruited by Stark to clear out his name with the help of his butler Edwin Jarvis, whose last name has been Iron Man’s very highly computerized artificial intelligence, but in fact the name “JARVIS” he meant was an acronym that stands for “Just A Rather Very Intelligent System”, which in fact a coincidence to his father’s butler’s last name.

There had been story lines for Season 3, but ABC cancelled it, but other rumors said that there’s an ongoing set for season 3. Whatever the news is, I’ll just wait for it.

One of Marvel’s best TV series played by Hayley Atwell, who had also crossover roles in  Ant-Man, Avengers, and Captain America. This British actress is surely gifted in acting plus with fighting skills that’s made an extra plus for her appealing charisma. Good job Stan Lee, you’re lucky to have her played a retro-classical old heroine. Astoundingly one of the nicest Marvel TV shows, along with Jessica Jones, Daredevil, Luke Cage, Legion, and Agents of SHIELD. You gotta watch this guys. It’s worth to watch!