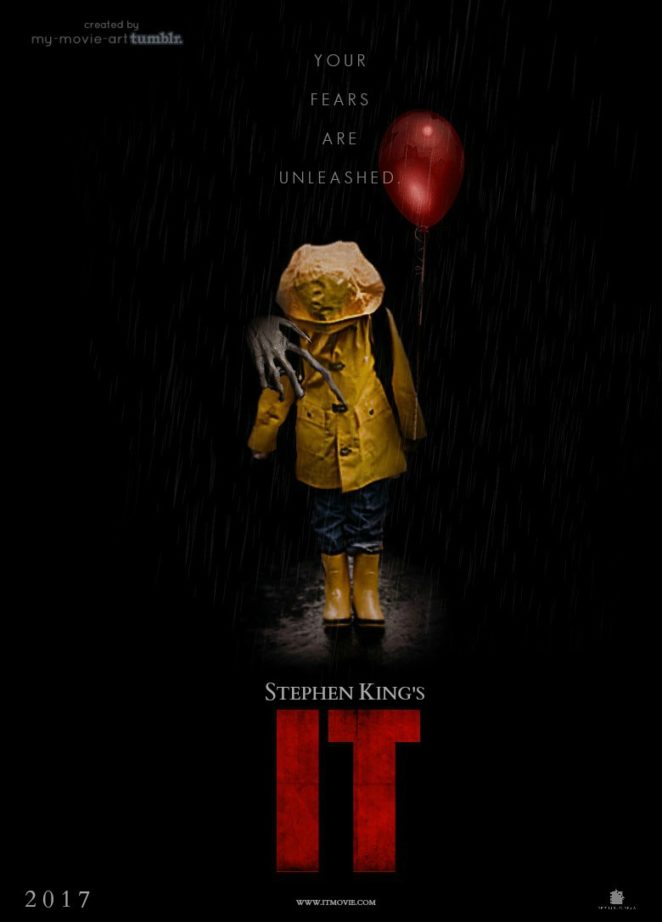 It is also known as It: Chapter One. It is a 2017 American supernatural horror film that is based on a 1986 novel of the same name by one of the famous best-selling horror authors named Stephen King. The movie is directed by an Argentine director of Italian descent Andy Muschietti, who was also on the shortlist of directors to direct a sequel to the fantasy film Snow White and the Huntsman. The screenplay made for this movie was made by Chase Palmer, Cary Fukunaga, and Gary Dauberman. From a movie budget of just $35 million to a whooping box-office worldwide income of $685.2 million, this movie really did great on its release. Thus, a second installment “It: Chapter Two” is being planned for its next big project scheduled to be released on September 6, 2019.

This horror film tells the story of seven children who lives in a fictional town of Derry, Maine, who are terrorized by an eponymous being known as It, that shapeshifts into Pennywise the Clown, and other grotesque figures, only to face their own personal demons in the process. These kids are group of bullied kids band together to hunt an It. It was known to hunt every 27 years, unlike the Creeper of Jeepers Creepers that hunts only every 23rd spring in 23 days. It was from a novel that was previously adapted into a miniseries from 1990.

The film stars an award-winning actor from Sweden named Bill Skarsgard (Merkel of Atomic Blonde/ Henry of Battlecreek/ Matthew of Divergent: Allegiant/ Makhotin of Anna Karenina) as Pennywise the Dancing Clown. The seven children who starred in this horror film were the following: (1) Award-winning child actor from Pennsylvania Jaeden Lieberher (Oliver of St. Vincent/ Alton of Midnight Special/ Henry Carpenter of The Book of Henry/) played as Bill Denborough, one of the lead casts who had his younger brother Georgie captured and killed by an It; (2) Jeremy Ray Taylor (Kid of Alvin and the Chipmunks: Road Chip/ Bully of Ant-Man) played the role of Ben Hanscom, a fat boy who knows a lot of It’s history because of his reading habit; (3) young actress from New York named Sophia Lillis (Addie of The Lipstick Stain/ Debbie Bernstein of 37/  Rude Elemental of A Midsummer’s Night Dream) played the role of the only girl in the group named Beverly Marsh; (4) Award-winning Canadian child actor, who is also known as Mike Wheeler in one of the famous horror TV series as of today called Stranger Things named Finn Wolfhard (Jordie Pinsky of Supernatural/ Zoran of The 100) starred as Richie Tozier, the one in the group who has a great fear to clowns; (5) Chosen Jacobs (Will Grover of Hawaii Five-0/ George of Remnants/ young Michael of Cops and Robbers) played the role of Mike Hanlon; (6) Californian child actor Jack Dylan Grazer (young Alex of Me, Myself and I/ Jack of all Trades of Movie Trivia Schmoedown/ Adam of Scales: Mermaids Are Real) cast as the smallest kid among the seven named Eddie Kaspbrak; (7) Wyatt Oleff (young Quill of Guardians of the Galaxy/ young Rumpelstiltskin of Once Upon A Time) played the role of Stanley Uris, a Jewish kid who hates germs, who is also the son of a Rabbi.

Young actor Jackson Robert Scott (Troy of Skin/ Cole Vasquez of Criminal Minds/ young Troy Otto of Fear the Walking Dead) played the role of a young boy who is the younger brother of Bill, who was captured by an It in a sewer during a rainy day when he was lured to get his paper boat from it. Stephen Bogaert (Harold Carnes of American Psycho/ Pentagon General Hastings of X-Men: Apocalypse) also cast as Mr. Marsh, the abusive father of Beverly. Award-winning young actor Nicholas Hamilton (Lucas Hanson of The Dark Tower/ Rellian of Captain Fantastic/ Tom of Strangerland) played the role of a young sociopath who leads the the Bowers Gang, a gang of high school thugs who bullies the seven kids.

It premiered on September 5, 2017 in Los Angeles, California, and was theatrically released in the United States on September 8, 2017. The film set numerous box office records upon release and has grossed $685 million worldwide. It is the highest -grossing horror film and the second highest grossing rated R film of all time after Deadpool if unadjusted for inflation. Due to its box-office grossing income, it becomes the 10th highest-grossing film of 2017. This movie received lots of positive reviews, with critics praising the performances, cinematography, direction, and musical score — with lots of them saying that this is one of the best Stephen King adaptations.

This horror movie is one of the best movies that pays a homage to 80s, just like the famous horror Netflix web series created by The Duffer Brothers —  Stranger Things. It received a 2017 Golden Trailer Awards nomination for Best Horror,  which it subsequently won. As much as I can say, this is much better than Jeepers Creepers 3, and it can really freak out kids who wants to watch horror films like this. This film has lots of stories to tell aside from its scary side, it also advocates anti-bullying, child abuse, and other child problem issues that parents need to deal with their kids. It also depicts children’s childhood, that they must enjoy it with their peers while they were young, so that they can enjoy their childhood days. It tells every kids that there’s no scary things that exist if you just have the courage to face them. It emphasizes conquering your greatest fears to eradicate your scariest nightmares. This movie really did great and it was truly cherished by horror fanatics out there. No doubt, It earned nearly 20 times from its production budget. With all these positive insights and flabbergasting good reviews, this movie deserves my 5-star ranking and a high-five. Good job and thumbs up from the New Line Cinema productions, as well as from Stephen King. One of his magnum opus really paid an astounding prize in a cinematic world — Best Horror Movie of 2017 Golden Trailer Award!

From the title itself “It”, it indeed made a big hit!

If you haven’t watched this horror movie yet, here’s the trailer: