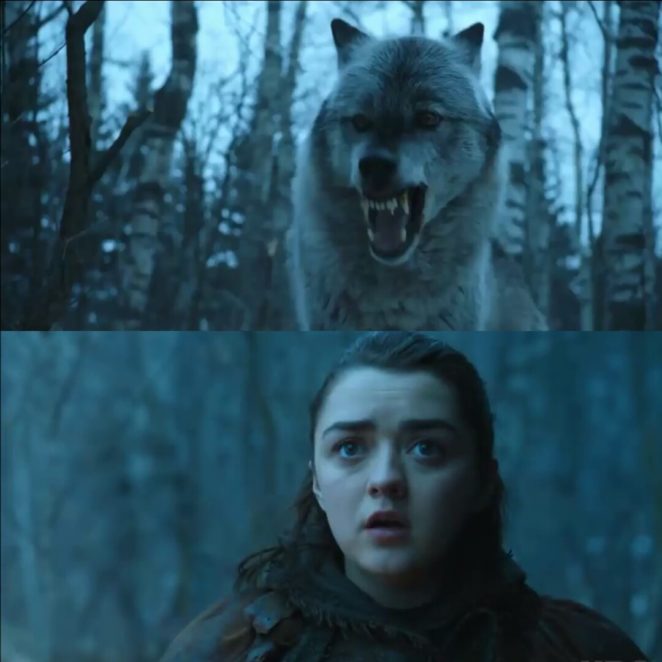 HBO just released sneak preview for the second episode of Game of Thrones Season 7 entitled “Stormborn”. And one of the most surprising scenes that I can’t stop myself sharing this cropped picture when I screen shot the episode 2 trailer from Youtube was this scene when Arya meets her long lost dire wolf named Nymeria. What will be the fate of the two? Will Arya be able to accomplish her personal vendetta against the Lannisters, especially to Cersei, the queen of King’s Landing? I can’t wait for the next episode. I’m a little bit excited for this.

So guys if you like Game of Thrones as much as I do, post down your comments below and tell us your shoutouts for the next episode. Share this to your friends!