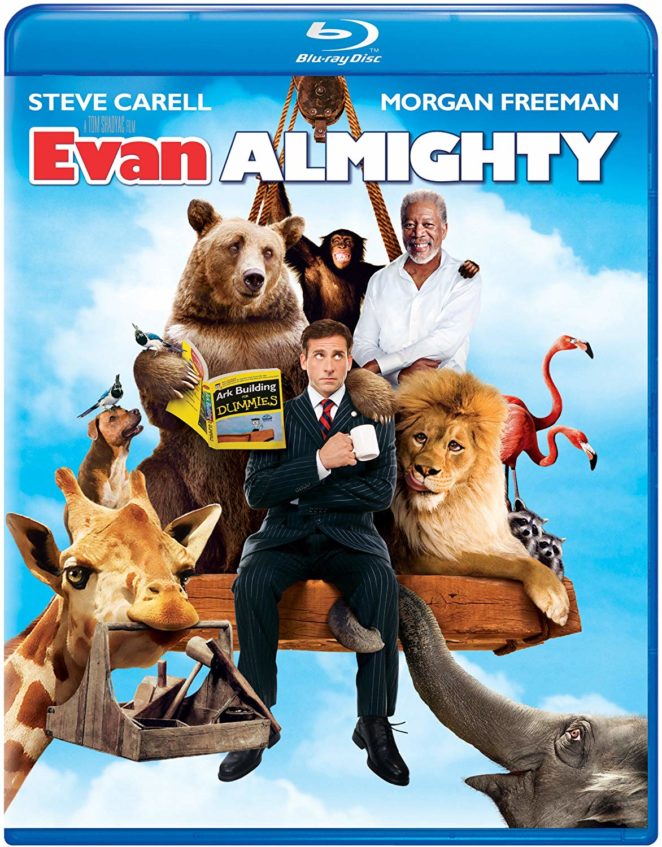 I am back with another Netflix movie for you to check out. It is called Evan Almighty. Evan Baxter wins the election for Congressman. He and his family move to a very nice house and want he wanted to do was Change the World. They move to their new house and dog appears and he is a person that does not like germs so he will not let them keep the dog. The dog keeps appearing. Something is left for him and all of a sudden Morgan Freeman appears. He plays G-d. I think he played G-d in something else too so he has experience in that role. He drives to work and all of a sudden two of each animal appears. G-d wants him to build an Ark and he tells him he just started his job. So one day he wakes up and has a beard and each time he shaves it grows back and then he has long hair too. G-d seems to appear everywhere. He has trouble building the Ark. He gets his sons to help him build it. G-d said there will be a flood so he has to build it. This is where I will stop. I am in the middle of the movie and do not know what will happen at the end. I hope you will want to check it out and like it as much as I do.