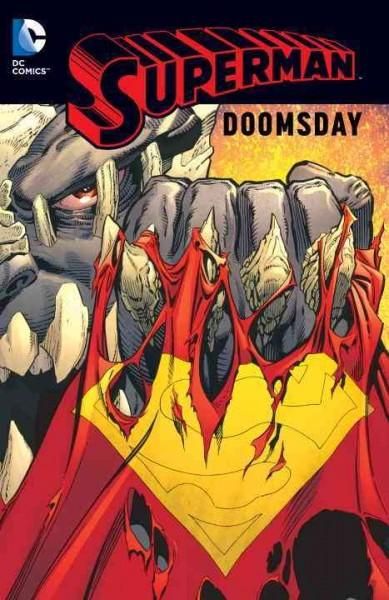 I read about the “death” of Superman in the news media when the mysterious creature named Doomsday rubbed out the Man Of Steel in the comic books in 1993 by all of sources the Cable News Network also known as C N N.

What made me curious was why would D C Comics kill the character of one the faces of their comic book series at the hands of an unknown origin that did not use Kryptonite which is Superman’s weakness that can be fatal?

The answer was that at that time the Superman comic book sales were in a slump and by having the iconic Man Of Steel die in battle as well as Doomsday was to boost the sales of comic books since the old saying of “You do not miss something or someone until they are gone.”

Since I am very frugal with money at that time and there no comic book stores in my neighborhood, I could have cared less if Superman died at the hands of Batman or any Metropolis villain.

Now fast forward a long time later when I saw the DVD of the D C Comics movie “Doomsday Superman” that in my relatives DVD collection, when I did see the movie, I was amazed that an unknown creature that I never heard of before rubs out Superman as well as himself in battle.

What is the mystery to me is when Superman was cloned by Lex Luthor after Superman was buried in Metropolis, what would have happened if Luthor knew how Superman was when he is not battling bad guys in Metropolis and if he was able to create an army of Supermen to do his bidding of ruling Metropolis with an iron fist?

The real Superman woke up from his dirt nap in his hideout when the robot told him since he was an alien, he could not really die. But he had to wait for a pulse to locate him at LexCorp instead of being buried six feet under.

I just wonder if the clone Superman did not like the way Lex beat him up inside his office building and told him “Who is your daddy now?” I guess the writers of the Superman character in “Doomsday Superman” did not want to see an army of clone Supermen take over Metropolis while the real Superman was recovering in his hideout.

I just that Warner Brothers studio would consider making either a “Doomsday Superman” or “All Star Superman”. for a live action adventure in the near future. That would like asking D C or Marvel Comics to create a comic book named “Isthmus Sisters Featuring Panama Squirrel.” before the year 2017 comes to an end. I can only dream about it.