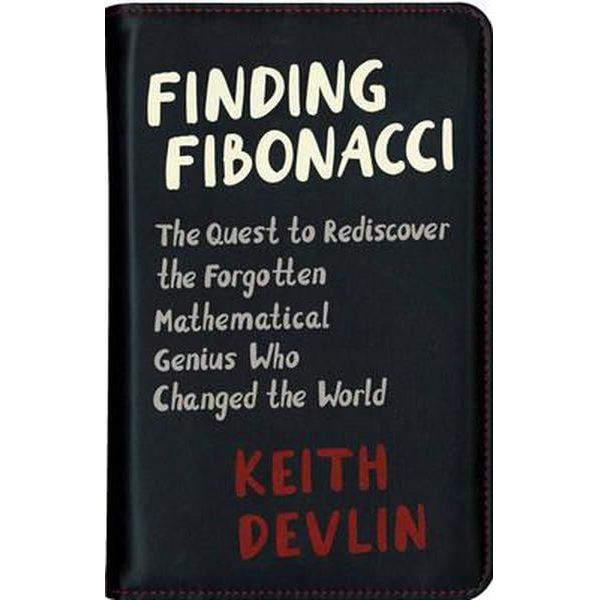 Finding Fibonacci: The Quest to Rediscover the Forgotten Mathematical Genius Who Changed the World is the culmination of a decade’s effort by renowned mathematician and popularizer of mathematical thought, Dr. Keith Devlin, who is also widely known as “The Math Guy” on NPR’s Weekend Edition. His first-hand exploration of the physical and cultural environment that gave rise to the mathematical conceptualization of the famed 13th century mathematician Leonardo Pisano, otherwise known as Leonardo Fibonacci, reveals at close quarters the position and development of one of the most seminal minds in scientific evolution. How Fibonacci came to write a work that has astounding relevance to the present day makes for exciting reading, as Devlin uncovers biographical details and empowers the reader to have heretofore inaccessible insights into the life and times of this precursor of modern mathematical thought.

The amount of time that Devlin spent in Italy, researching this work, was truly well spent, as it has enabled him to come closer to Fibonacci than any of his predecessors working in the selfsame arena have yet been able to do. His upbringing in the U.S.A. has enabled him to have some cultural distance from Fibonacci’s origins, so that he has been able to avoid the nearsightedness of some of his Italian colleagues (who are revealed, on occasion, as being almost flippant in their approach to the great man), while his physical immersion in the surrounds to which Fibonacci was accustomed has facilitated the ease and fluency with which Finding Fibonacci was penned. Devlin has already won several different awards for his efforts to popularize various aspects of his science, including, most notably, the Joint Policy Board for Mathematics Communications Award in 2001, Wonderfest‘s Carl Sagan Prize for Science Popularization in 2007, and the International Pythagoras Prize in Mathematics in 2004, the latter in the category Best Expository Text in the Mathematical Sciences for the Italian translation of The Millennium Problems. Small wonder, then, that this text is so accessible and enjoyable, even for those among us who tend generally to be able to appreciate the artistic side of life more than the scientific.

That Devlin has an intense interest in communicating the importance of Fibonacci as the individual who succeeded in introducing the system of Hindu-Arabic numeration to the West more potently than had any of his predecessors, primarily through his major work Liber abbaci, comes as no surprise considering his focus on the use of different media to teach and communicate mathematics to diverse audiences. Devlin’s position at Stanford University in California, as well as his fellowship of the World Economic Forum, the American Association for the Advancement of Science, and the American Mathematical Society, has also put him in touch with leading experts in the field, including such advanced thinkers as Professor Giulio Cesare Barozzi of the University of Bologna, and Professors Franco Montagna and Rafaella Franci of the University of Siena. With such networking capabilities, it is small wonder that he has been able to revive interest in the much under-explored figure whose transcultural role as an expositor of the algebraic system had, until his time, largely been reserved for the merchant classes of foreign lands.

Finding Fibonacci: The Quest to Rediscover the Forgotten Mathematical Genius Who Changed the World should appeal to all with an interest in the development of mathematical thought over the centuries. That a 13th-century mathematician has had a profound influence on the way that we compute our lives today should be of note to anyone who has the slightest concern with trade and the business world. The work, therefore, comes highly recommended and should serve to make Dr. Devlin’s writing, as well as the science of mathematics, even more popular than before.