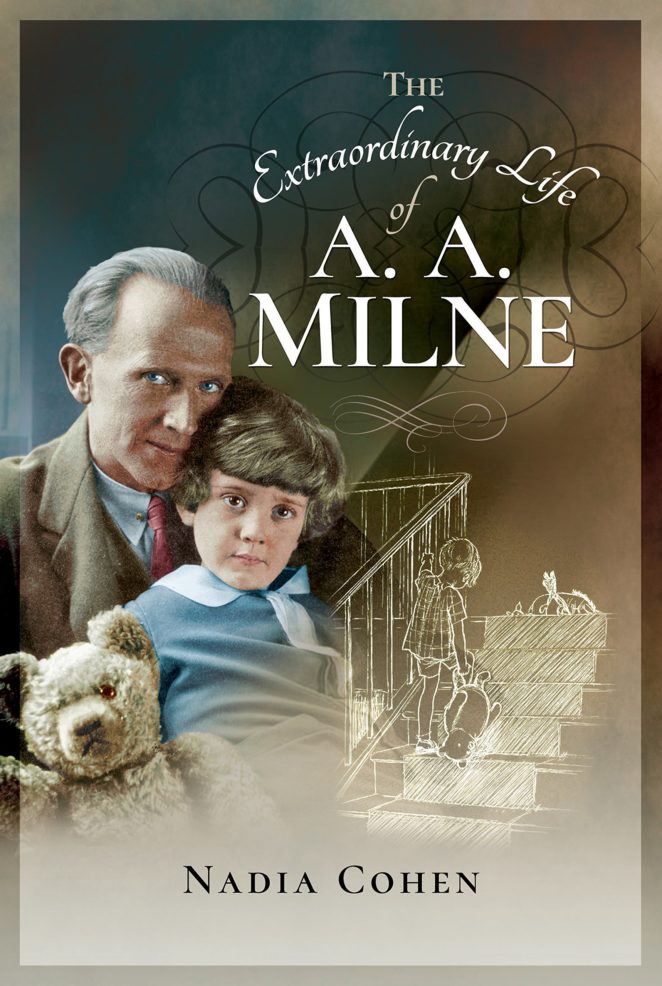 The Extraordinary Life of A A Milne

I am reviewing a copy of the Extraordinary Life Of A.A Milne through Pen and Sword and Netgalley.

From the time they were first published in 1926 A.A Milne’s Winnie the Pooh stories have been loved.  To this day the stories are a favorite.

A.A Milne himself was a troubled man who spent much of his time trying to change negative perceptions of himself.

A.A Milne has left a legacy in nearly every part of the world, his Winnie the Pooh Characters are known and beloved.

In 1929 Christopher Robin and Veronica dressed up as the Winnie the Pooh Characters and took part in a Children’s parade.

During Christmas of 1921 Christopher Robin received a gloomy toy donkey called Eyeore.  He also received a stuffed pig named Piglet that year, a gift from his neighbor Chelsea.

For generations now Children have grown up listening to the tales of Winnie the Pooh, Piglet and Eyeore.

Milne would die upset with the fact that no matter what he wrote he would be remembered as a Children’s storyteller.  His Winnie the Pooh stories have been loved by Children for generations.

I give The Extraordinary Life Of A.A Milne five out of five stars!