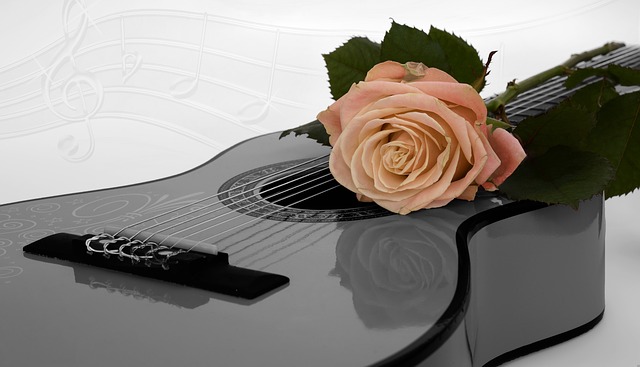 It’s a rainy day and I am feeling nostalgic. The last dance for the school year was yesterday. The kids came home laughing and singing popular song lyrics. One of the girls asked about the kind of music we used to listen to when I was in high school, so we started watching some old videos on YouTube.

What kind of music was popular in the late 1980s? Take a look here below! I’m sharing some of my favorite songs from the week of June 13th, 1987. Here they are, counting down towards the top songs for that week.

Gloria Estefan co-wrote “Rhythm Is Gonna Get you,” a Latin-inspired dance tune she recorded with Miami Sound Machine. It debuted on the charts at #30 the week of June 13, 1987. The song later peaked at #5. You can’t listen to this song and not move! Whether it’s tapping your toes in time or chair dancing, you just gotta give in to the rhythm.

“Funkytown” was actually recorded by Lipps Inc in 1979. But in 1987, Pseudo Echo’s cover of the song was used in the film Revenge of the Nerds II: Nerds in Paradise. Their version hit the charts at #21. Originally more of a tech-disco song, the Pseudo Echo version is still a major toe tapper even though they’ve given the song their own flavor.

Irish rock band U2 released “With or Without You” on 16 March 1987. By June, it had already peaked and was on its way down the charts. This massively popular rock ballad is on Rolling Stone’s top 500 of all time. It os also the 2nd most covered song. The lyrics talk about lead singer Bono’s difficulty reconciling his life as a musician with his family life. A lot of rock stars struggle with that side of life, so it’s always cool when we see someone fighting hard to make it work. This song was at #18, down from #11 in the previous week.

Another ballad, “Alone” was released by Heart on May 16, 1987. By June 13th, it had climbed to #14 on the charts. This song is one of my all-time favorites because of the strong emotion and the fact that the lead singers are women, something uncommon in rock bands. “Alone” was the group’s top hit ever and spent 3 weeks at #1 later in July of 1987. Céline Dion has nothing on Ann and Nancy Wilson! If you think you know the song from her version, think again!

Bon Jovi had another song, “Never Say Goodbye,” at #4 this week but I chose to add a different tune to my list because it’s such a huge hit that it demands discussion. “Wanted Dead or Alive” had already peaked and had fallen to #12 by June 13th. Jon Bon Jovi has called this song the band’s anthem, inspired at the same time by his admiration for the heroes of old Westerns and also by Bob Seger’s “Turn the Page.” If you belong to the younger generation, you may have heard this sound on the Vampire Diaries or in video games such as Grand Theft Auto and Rock Band 3.

“Head to Toe” was not one of my preferred songs in 1987. I still chose to include it here for a couple of reasons, chief among them that this was the #1 pop song for June 13th. I didn’t pay any attention to Lisa Lisa and Cult Jam back in the 80s. The group is worth mentioning because they were one of the first freestyle groups to gain professional recognition. The retro Motown sound that you can hear in their music was popular in the 80s, as were songs that paid homage to earlier soul, R&B, and rockabilly styles. But there were others who, I think, did it better. One song that comes to mind is Billy Joel’s “Tell Her About It,” released 4 years earlier.

What were your favorite tunes in the 80s? Are any of these on your personal top 10 list for that era?