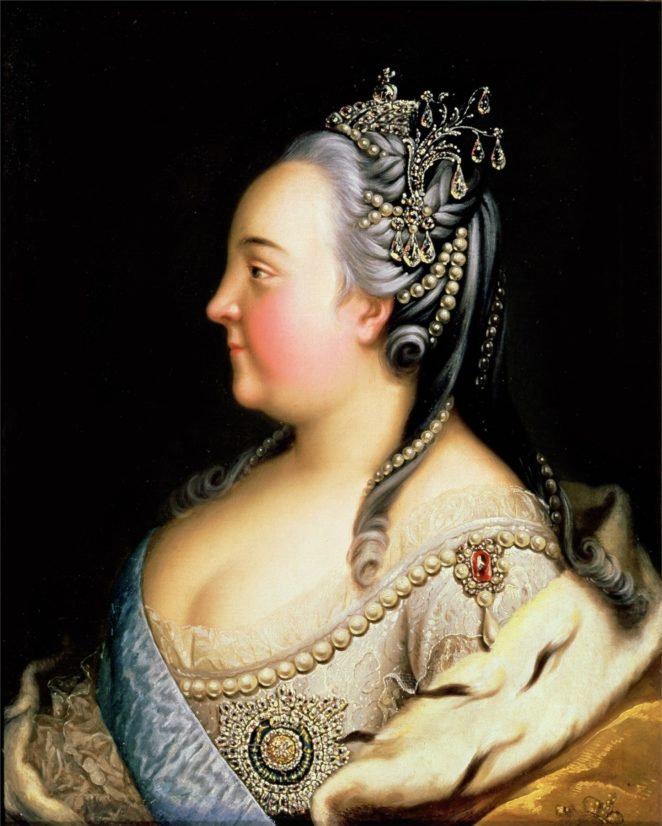 Elizabeth was a daughter of Tsar Peter the Great, who died in 1725 when Elizabeth was 16. The crown passed to Peter’s wife Catherine and then to his grandson (by his first wife) who ruled as Peter II. Another female ruler was Tsarina Anna, Peter the Great’s niece, and when she died in 1740 her nominated successor was her grandnephew Ivan, who was only one year old.

Elizabeth (born in 1709) was now 32 years old and was witnessing the crown slipping down the generations and out of her reach. She took action by persuading a regiment of the Russian guards to march to the Winter Palace in St Petersburg and arrest the Tsar and his parents. It was a bloodless coup that proved to be popular with just about everyone, thus leaving Elizabeth as the undisputed ruler of Russia. 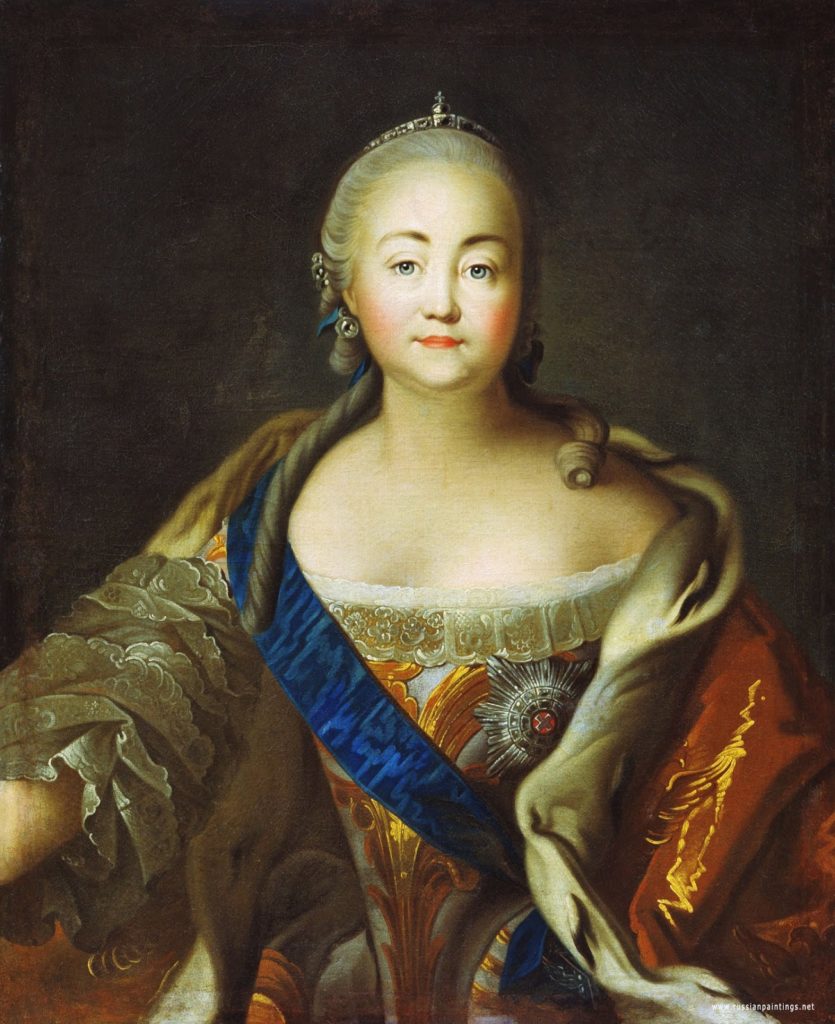 At first sight, Elizabeth might not have seemed suited to such an important role. She was lazy, vain and licentious, taking any lover she wanted including footmen and coachmen. She was also highly religious, so was able to console herself that she could be absolved of sin by attending mass every day. The morality of such a line may be questionable, but you can get away with quite a lot when you are the absolute monarch of a huge country.

However, she also seemed to have inherited Peter the Great’s talent for government and made some wise choices of people to govern on her behalf when she was otherwise engaged in bed or in church. To be fair, her endeavours also included the rebuilding of the Winter Palace, at vast expense, to produce the edifice that can be seen today.

She proved to be an enlightened ruler in that she abolished the death penalty, but less so in that a favourite punishment for people who offended her was that their tongue should be cut out.

Elizabeth never married and so had no direct heir. She selected her nephew Peter to succeed her, but was well aware that Ivan, the young prince she had usurped, was still alive and had a far better claim to the throne. She therefore gave orders that, should an attempt be made to free Ivan from the prison where he had languished for almost the whole of his life, that life would be forfeit – thus breaking her rule about the death penalty, it would seem.

When Elizabeth died in 1762 Peter did indeed become Tsar, as Peter III, but he only lasted for six months before he was overthrown and died in mysterious circumstances. The way was now clear for another redoubtable woman to take the throne, namely Catherine the Great who, incidentally, manage to complete Elizabeth’s threat by having Ivan executed.