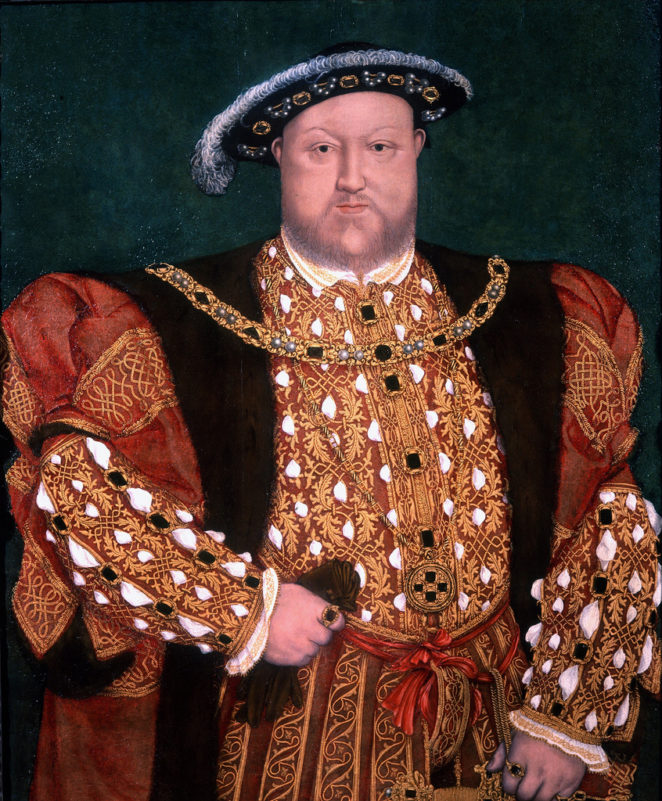 That’s right – three wives, not six as is popularly believed!

The problem, albeit a technical one, is that Henry did not divorce wives one and four. He had the marriages annulled, and the same applies to Anne Boleyn who was separated from Henry by these means just before her head was separated from the rest of her.

So what’s the difference? It’s quite an important one, because an annulled marriage is one that is recognized as never having existed. Divorce as we know it today is a relatively modern invention, dating from the 18th century, and simply wasn’t available as an option to King Henry.

The first annulment was a huge problem, because Pope Clement VII refused to grant it. Henry took the extraordinary step of giving himself the power to declare his marriage annulled, by declaring himself to be the head of the Church in England, and not the pope.

He used this power again to annul his marriage to Anne Boleyn when it was pointed out to him that she had previously been engaged to someone else. Her execution does therefore seem to have been founded on somewhat shaky ground in that she was accused of committing adultery at a time when she and Henry had not been legally married!

That means that King Henry’s first marriage was with Jane Seymour, the wife who gave him his long-wanted son but died shortly after giving birth.

The third annulment was the only one that would be recognized as valid today, as there is plenty of evidence to suggest that the marriage to Anne of Cleves was never consummated.

Catherine Howard’s short reign as Henry’s queen might have gone exactly the same way as that of Anne Boleyn – annulment followed by execution – were it not that she refused to agree to the charge that she had been engaged prior to her marriage to Henry, although she almost certainly had been. Had she admitted this it would have made no difference to her fate, but the net result was that she has to count as official wife number two.

Catherine Parr was definitely married to Henry, as wife number three, and she was his only widow.

So there we are. King Henry VIII officially had only three wives, not six!