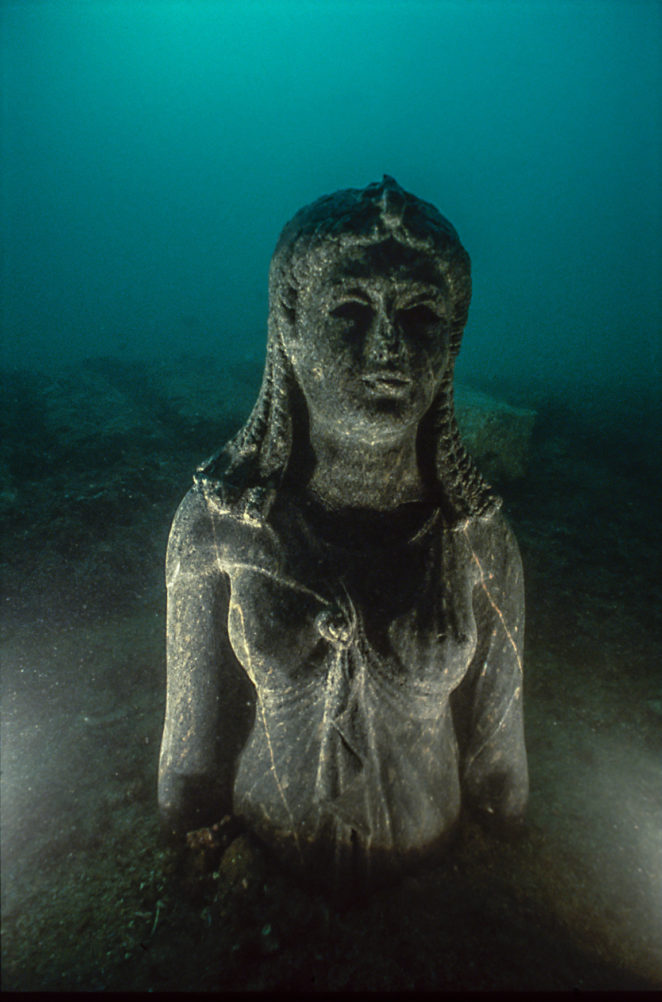 Image of an Ohm Seti priestess found among the underwater ruins.

Heracleion, also known as Thionis, was an Egyptian city located near Alexandria. For centuries it was thought to be a myth. References to the city date back as far as 12,000 BC but its height was during the end of the time of the pharoahs. According to the 5th century BC Greek historian Herodotus, Helen of Troy visited the city with her Trojan lover Paris. Legend has it that Hercules also visited the city, giving his name to it.

The sunken city was discovered in 1999 by Franck Goddio, a French underwater archaeologist who was searching for the sunken remains of Napolean’s warships from the Battle of the Nile (1798).

The city must have been an important trading city for a time as weights from Athens, used in bartering and commerce, were uncovered among the ruins.

Scientists are not certain about the city’s fate. One theory says that the city sank in the 6th or 7th century AD due to earthquakes and flooding. Another theory is that the sea level rose and deposits covered the city Its ruins were recovered by French underwater archaeologist Franck Goddio in 2000.

So far the following has been excavated:

Note: Some of these sources have some excellent photographs of the excavation. I haven’t posted more photos because I wasn’t certain which ones I could legally share.