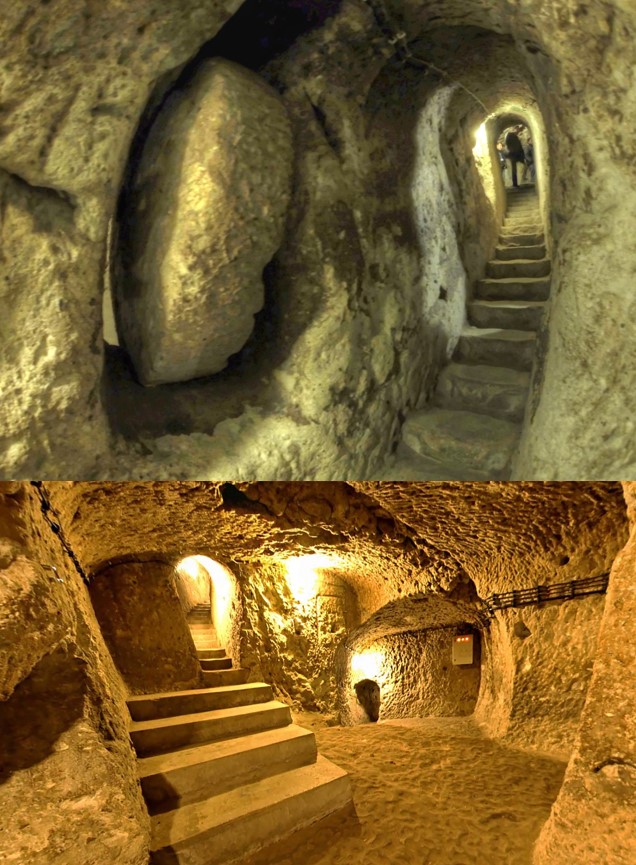 While renovating the house in 1963, a resident of Nevsehir province in Anatolia found several rooms leading to a network of tunnels. Experts launched a survey and soon concluded that it was an entire city, the city of Derinkou, home to as many as twenty thousand people! The city is hidden behind a large stone covering the entrance, and each of the floors can be closed that way. The town is about 5,000 years old, and has found interesting objects: hidden chapels, wineries, schools, barns, toilets, and even a plumbing and ventilation system. Experts believe the city was built to save locals during frequent religious conflicts