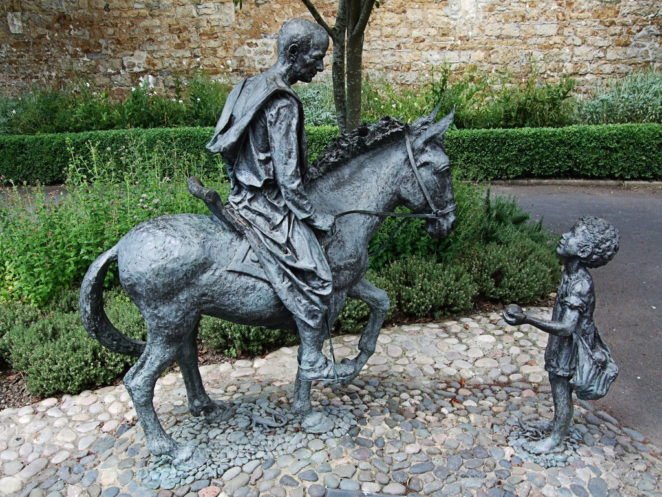 Sigeric, who was the 27th person to be elevated to the Archbishopric of Canterbury, has gone down in history as “Sigeric the Serious”, which suggests that there might have been another Sigeric around at the time who deserved the nickname “Sigeric the Barrel of Laughs” or something similar. However, there is no evidence that this was the case, and “Serious” probably means nothing more in this case than that he was a particularly learned man or even that his name could be transliterated in Latin as “Serio”.

Little is known about his early life, including when he was born, but it is known that he was a monk at Glastonbury Abbey and became abbot of St Augustine’s Abbey, Canterbury, in 980. He was consecrated as Bishop of Ramsbury in 985 and Archbishop of Canterbury in 990.

A new Catholic Archbishop can only exercise his full authority after he has received his pallium from the Pope. This is a narrow band of cloth that is worn across the shoulders and down the chest, forming a Y shape (this was the shape in Sigeric’s time but it has since changed). It was expected that the new Archbishop would journey to Rome in person to meet the pope and receive the pallium. 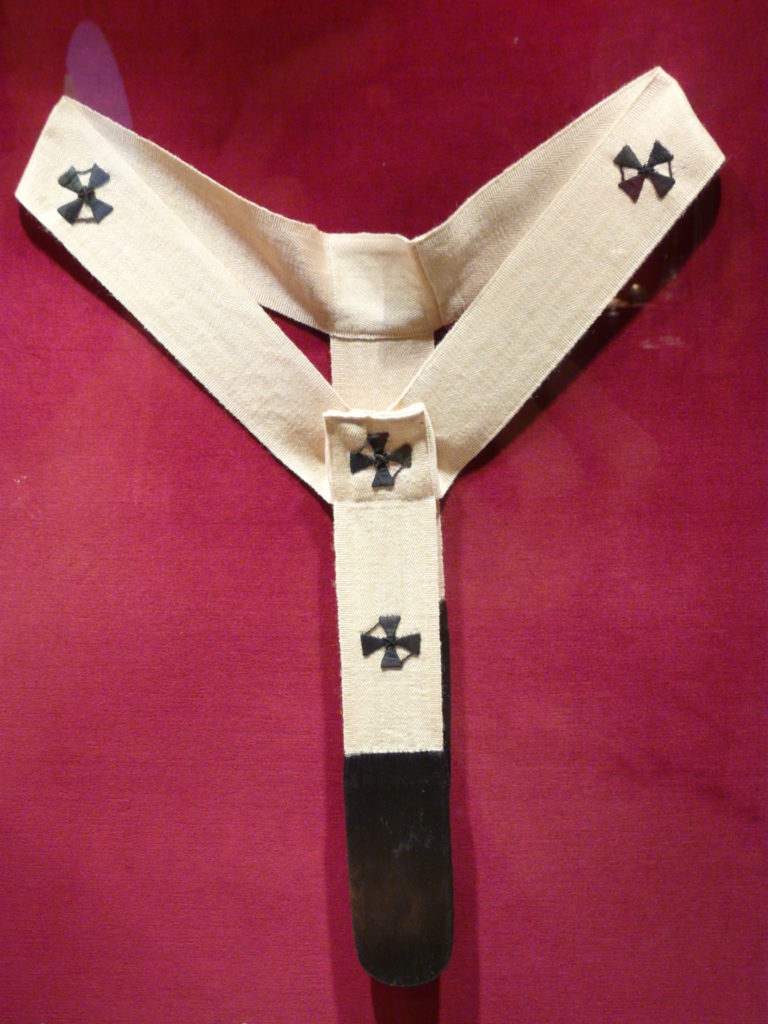 Sigeric kept a meticulous record of his journey to Rome and back, his route being the traditional pilgrim route that passes through France, Switzerland and Italy and is known as the Via Francigena. His journal included details of each of the 79 stages between Calais and Rome and the 23 churches that he visited en route.

Sigeric’s time as Archbishop coincided with the struggle for control of England between Anglo-Saxons and Danes, which generally meant that the Danes had to be paid off in order to prevent them from causing trouble. There is a record of Sigeric being one of the group of advisers who persuaded King Ethelred to buy off the Danes in 991, and there is also evidence that Sigeric had to take similar action himself in 994 to prevent Canterbury Cathedral from being burned down.

Another record states that Sigeric installed monks in Christ Church Priory (which was an addition to the Cathedral proper), having dismissed the secular clerks who had lived there previously.

He died in 994 at an advanced age and was buried in the crypt of Christ Church. His devotion to “serious” scholarship can be deduced from the fact that he left a valuable collection of books to Canterbury Cathedral.