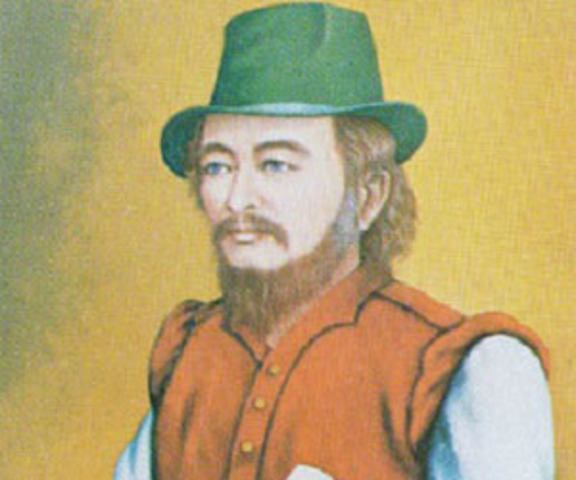 When Daniel Defoe wrote Robinson Crusoe he wasn’t inventing. He based his story partially on Alexander Selkirk,  a real person who had been stranded on an island for four years and four months.

When James Clavell wrote Shogun, focusing on John Blackthorne,  he based his story on a real person;  a man named William Adams.

William Adams was  an English man who as the fictional John Blackthorne, landed in Japan in the year 1600 and, over time, did become an advisor to the Shogun.

William Adams spent his life at sea, beginning from the age of twelve.  He learned shipbuilding, astronomy and navigation.  At the age of twenty four, Adams entered the Royal Navy.  Due to his superior knowledge and ability he served under Sir Francis Drake.

In 1598, William Adams was the Pilot Major for five ships  which belonged to the Dutch East Indian Company.

The ships were to go to South America, (which was controlled by the Spanish, their enemies) sell their cargo for silver then, go to Japan.

This is not what happened. There were many battles, and to escape the Spaniards, the ships sailed across the Pacific. Their course was uncertain.

They spent nineteen months at sea, and by the time they reached Japan there was only one ship left.  On this ship were  twenty sick and dying men. Only nine were strong enough to stand, and came ashore on 19 April off where they were met by locals and Portuguese Jesuit priests.

Adams was an English Protestant, the enemy of the Jesuits. They claimed Adams and his crew were Pirates and should be crucified.

The ship was seized,  the  crew taken off and imprisoned at Osaka Castle on orders by Tokugawa Ieyasu, who was the daimyo of Edo.  Tokugawa did this because he knew the Jesuits would kill the crew and he was very interested in shipbuilding and sailing, so thought to keep the men safe.

Ieyasu met, and was intrigued by Adams (this is well portrayed in Clavell’s novel).  He spoke with him a number of times between May and June 1600, and impressed with Adams’ knowledge. 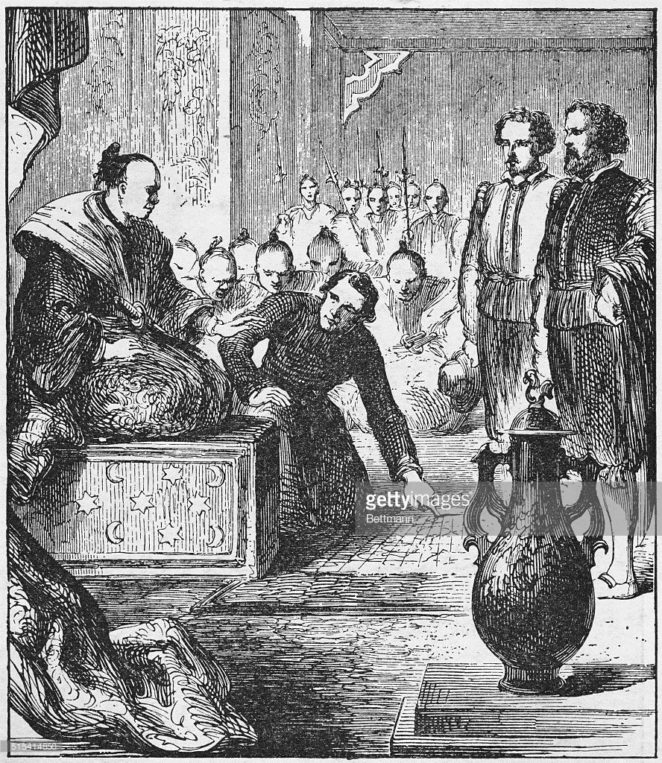 Tokugawa  Ieyasu  ordered the crew to sail the ship they had arrived on to Edo, which was his domain.

During the years Adams was in Edo, he learned Japanese, the culture, and in 1604, Tokugawa had Adams and his crew build Japan’s first Western-style ship.

In 1605,  Tokugawa allowed the crew to leave Japan. But refused to allow William Adams to go.

Tokugawa, now Shogun,  actually liked Adams besides appreciating his use. He made him a trade advisor, then his personal advisor on all things related to Western powers and civilisation.

Adams had a wife and children in England bu unable to leave Japan married a local woman named Oyuki.  She bore him two children, Joseph and Susanna.

The modern Japanese Navy is based on the ships designed and built under the direction of William Adams.