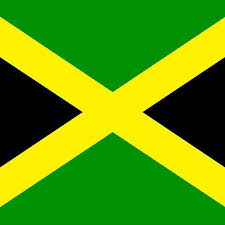 In 1978 there was a push to make ‘patwa’  our national language.

Until then, Jamaicans spoke, or tried to speak, perfect English.  Many of the teachers at the best schools, came from England and remained in Jamaica after Independence in 1962.

The need to push patwa was to segregate the population, the old ‘branding on the tongue’.

Although most Jamaicans might speak patwa in the market or at home, in public they could read and write and speak perfect English.   This began to change in 1978 where, by 1988, many people disqualified themselves for the better jobs because, as the title states, they could not understand the questions asked by the Interviewer.

Multi-nationals, trying to do business today in Jamaica, have to hire ‘translators’ because the workers can not understand basic English nor speak it.

The rest of the world finds patwa kind of a joke, and like to hear it and play at it, not realising how destructive it is for the average Jamaican who can not speak nor understand English, for patwa is a limited language.  One can not express complex thoughts.  When one has no words to describe their world, they can not.

If Jamaicans could speak proper English then ‘change their mouth’ and go into patwa for emphasis;  there would be no issue; but too many Jamaicans can’t.

Instead of pushing that Jamaicans learn standard English, the push to make patwa our national language has resumed.  If it is successful, we should turn into Haiti in about forty years;  that is, where the rich speak perfect French and the poor can only talk to each other, for no one else speaks Creole.