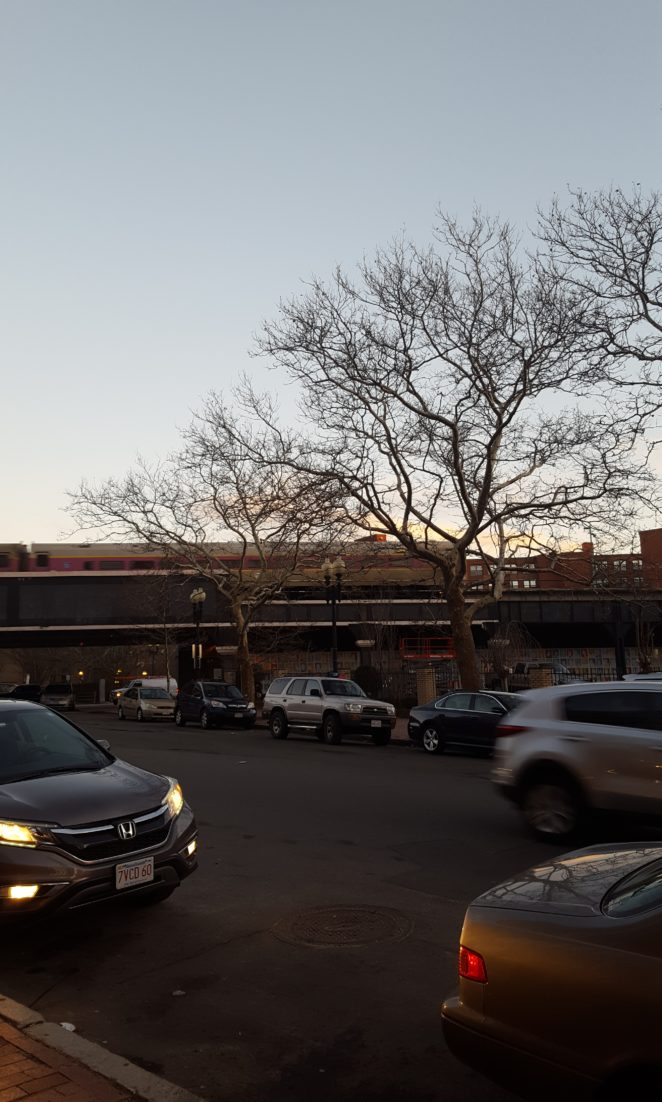 Winter break of my sophomore year in college, on a very cold Saturday afternoon I waited to board a train from Gloucester to Salem. I had been invited to join some friends from my high school at Jeannine Ingemi’s house. I met Paul Moran at the Salem Train Station and we walked up to Jeannine’s house on Jefferson Avenue. We were greeted with big hugs and invited to go down to the basement. A big carpeted room with blacklight fantasy posters awaited us. A soapstone pipe with primo Colombian was passed my way, I breathed deep, held it in then smiled through my exhale. It was going to be a splendid evening. I really liked Jeannine. She considered me as somewhat like an older brother/ spiritual guide in a town full of would be warlocks and mystics. Before graduating from Bishop Fenwick I confronted a nun who was bullying and humiliating this sophomore kid Mike in Jeannine’s class. I told her off and left her speechless. Word circulated. For the handful of Fenwick sophmores in Jeannine and Mike’s social circle I was suddenly a folk hero.

It was  a great evening. Judy Jaimeson from  my graduating class was there. I didn’t know her well but apparently she and Jeanine were cousins. We smoked and drank a couple of beers and had a few laughs. Judy was actually quite brilliant and witty. I found myself wishing I had taken the time to get to know her back at Fenwick, but I was intensely shy back then. After a while we all went upstairs to eat some Italian stuffed artichokes Jeannine’s mom had made. They were heavenly. Things wound down around midnight. After some warm goodbyes i walked with Paul Moran to Cherry Street where he lived, and then by myself the two blocks to the Salem Train Station. It was brutally cold and windy. I waited on that deserted platform for what seemed like forever. The train to Gloucester should have arrived at 12:30 A.M. By 1:10 AM I was shivering and getting pretty anxious.

Around this time I guy in a Navy Blue Peacoat showed up and asked me if I’d missed my train. I told him I’d been waiting for an hour. He said his name was Bob and that he recognized me from Gloucester. I didn’t recognize him. He told me he suspected the train wasn’t coming, and said he had a place nearby. Initially I declined but after another 20 minutes in the single digit cold I said ” A couch to crash on sounds good”. I can’t handle this cold much longer. He said, we’re less than a ten minute walk from here, to the outskirts of the neighborhood known as “The Point”, a seedy part of town. He pointed at a brick building with a shingle sign that read “Lafayette Hotel” over the entrance. “I live here”, he said. I was puzzled. I had never encountered anyone before then who “lived” in a hotel, and this place didn’t resemble any hotel or motel I had ever seen. It was desolate, with old decrepit carpeting and no sign of a night watchmen or desk clerk. We quietly climbed the stairs and he unlocked the door. I was horrified, There was a tiny room that smelled like sweat, with no furniture except for one bed. “I thought you said you had a couch?” I asked. “You must have misunderstood me” he replied, and I realized I was on shaky ground. Bob said, “Don’t step outside before sunrise. You’ll get knifed.” I wasn’t sure what he based this on, or if he would be the one with the knife, but I was coming to terms with the horrific fact that I was alone in a tiny room with a creepy guy who was looking at me like I was his dessert. I was paralyzed with fear and not sure what to do next. Leaving and seeking someone out would mean being asked how or why I had ended up in this guy’s room to begin with.  I remember thinking “is this what girls go through?

Remembering this story my friend Beth had told me a few weeks before about how a guy she had dated once or twice raped her when she was high, how she lay motionless counting and trying to dissasociate herself from what was happening until it was over. Now it seemed it was my turn. Bob was getting more aggressive and I was being faced with a series of options from him, all of which made me want to vomit. i opted for the least of three really gross things and mechanically  serviced him, complaining once that my hand was tired. “You could use your mouth” he replied. “No I couldn’t” I answered, waiting for him to finish, looking away while he wiped himself on a white hotel washcloth.

I looked at the clock. 4:00 A.M.  and moving in slow motion. I thought about Beth again, and wondered if I had been supportive enough to her about what she’d gone through when she told me about it. Beth knew that Paul Moran, Steve Parshley & I all wanted her but it wasn’t in our makeup to do something creepy to her that would mess up our friendship. How someone could pull this on somebody they had just met was even weirder to me. Eventually exhaustion set in and I slept fitfully for an hour or two. In the morning Bob offered to buy me breakfast. “No thanks, I gotta catch a train” I replied, thinking that sitting with this jerk for twenty minutes would push me over the edge. i stepped out into the cold and headed for the train station. Mercifully the train to Gloucester arrived minutes later. I went home, made myself a cup of tea, didn’t answer phone calls. It would be days before I told my cousin Michael what happened, and years before I spoke of it to anyone else.