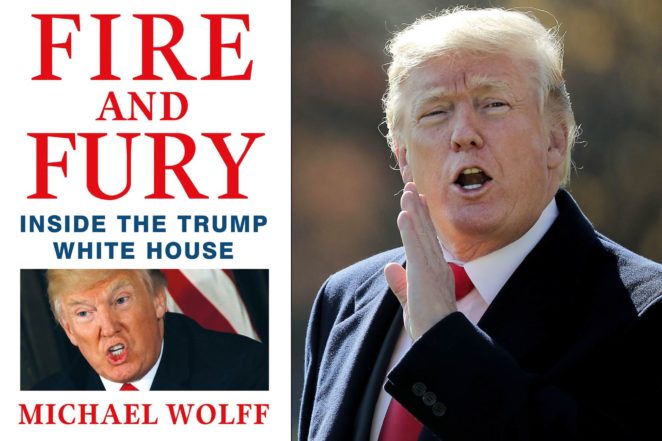 Since the dastardly day Donald Trump was sworn in as the President of the United States he has accused everyone of lying.   Whether it is the BBC or a Senior F.B.I. agent,  his fat orange face, curled into scorn, he blasts the word Lie!

Michael Wolff has recently published a book called Fire and Fury about the Trump White House.   As Trump threw his toys out of the pram when he heard about it, the publicity has been so great, people lined up in the freezing cold to buy it.

Most people have come to appreciate that Trump is not merely a liar; he is a man who lives in a fantasy world, where what he says is what is.

The author has spent hundreds of hours in the White House researching, listening, watching.  To claim that Wolff was not there, or had no authority is almost funny.   Save, the Desperate Cheeto believes it.