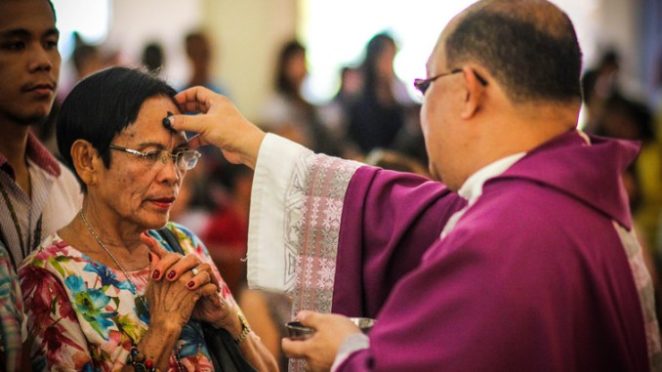 This year 2018 Lenten Season started on Wednesday, 14th of February and would end on Thursday, 29th of March 2018.

Filipinos are religious devotees. They have strong devotion to the sacrifices made by Jesus Christ while he was on His earth ministry until he died on the cross.

This lenten season is highlighted or culminated by the crucifixion portrayed by Catholic devotees in a one-act play, started from the last supper of Jesus to His capture, to His death sentence and to finally His crucifixion on the cross at the top of mount Cavalry.

In our local parish Church, particularly the La Granja Parish Church of Saint Vicente Ferrer, La Carlota City, Neg. Occ., Philippines, the talented youths depicted into reality the senakulo or the way of the cross of Jesus in our dialect we call it “Kalbaryo”.

The following amateur videos of mine were taken in 2009. I am very sorry that the dialogue was in Ilonggo, our local dialect. I wasn’t able to put some English subtitles.