On 16th October 1793 the former Queen of France, Marie Antoinette, met her end at the age of 37 in what is now Paris’s Place de la Concorde but was then known as the Place de la Revolution. Her husband, King Louis XVI, had been executed nine months before, and now it was her turn to be beheaded in public by the guillotine that had already accounted for many victims and would be kept busy for a lot longer yet.

As Queen, Marie Antoinette had not done much to ingratiate herself with the people of France. She always had the disadvantage of being Austrian by birth and parentage (her mother was Empress Maria Theresa), and she was accused of being in league with the enemies of France. 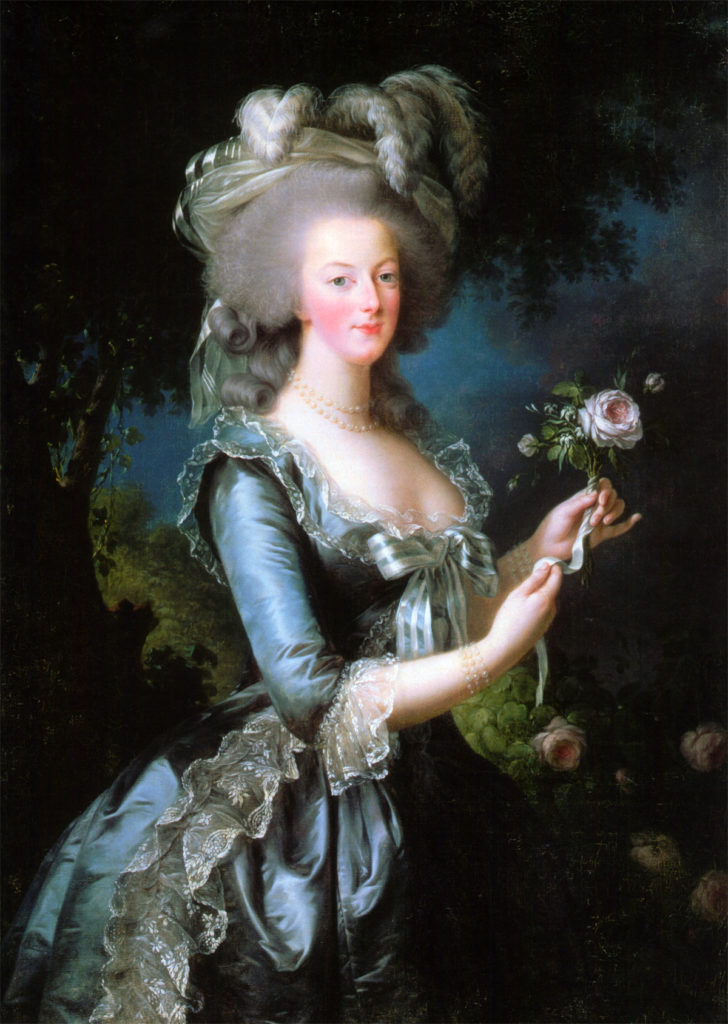 She was also seen as being completely out of touch with the people of France, many of whom lived in desperate poverty while she enjoyed a highly privileged aristocratic lifestyle. The story is told that, on being informed that many peasants were starving for lack of bread, replied “If they have no bread, let them eat cake”.  However, even though this might have been expected of her, there is no evidence that she ever uttered those words.

Nevertheless, it would be safe to say that she spent money like water on clothes and luxuries at a time when the French economy was in bad shape and the common people were suffering the consequences. One of her extravagances was to build a replica village in the grounds of the Chateau de Versailles, consisting of twelve cottages and a watermill, plus a “Temple of Love” and other “follies”. Marie Antoinette would relax here and entertain her friends, often dressing as a shepherdess in what many would have seen as direct mockery of the reality of rural life in the real France.

Her final days were far from luxurious. She was kept in a small damp cell in which a male guard was always present, even when Marie Antoinette and her female attendant performed their bodily functions.

On her last morning she was dressed in a plain white gown and bonnet, given a cup of chocolate, then taken with hands bound in a tumbrel cart to where the guillotine stood.  The crowds jeered her as she passed.

As she mounted the steps of the scaffold she slipped and accidentally stood on the executioner’s foot. Her last words were therefore an apology to him: “Excuse me, I didn’t do it on purpose”.

There were no speeches from the scaffold, just the very quick process of the victim being strapped to a board which was then pushed under the blade which came crashing down almost immediately.

History can just record the facts, or can comment on the rights and wrongs of what happened in the past. Did Marie Antoinette deserve her fate? And did the whole country of France deserve to suffer in the way it did both before and after the French Revolution broke out?