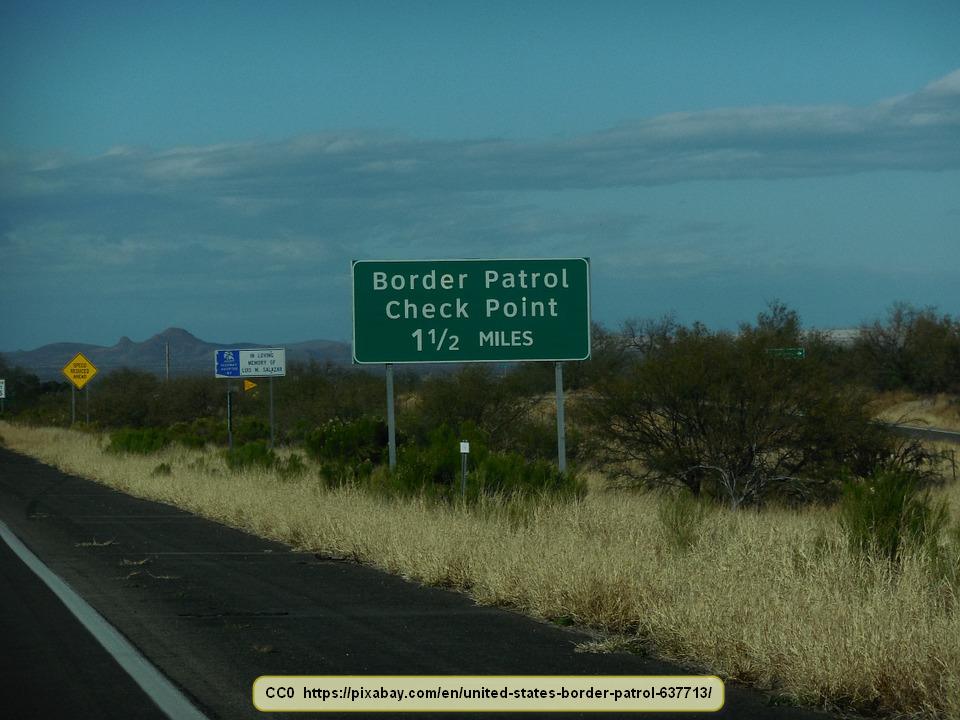 A small but very vocal group of people, including some Senators and Congressmen and women, have never accepted the fact that Donald Trump won the 2016 election. Mostly for this reason, they’ve wanted Trump to fail, even if that would cause enormous hardship to the American people. An example is a current drive by a few of the disgruntled lawmakers in regard to Immigration and Customs Enforcement or ICE.

Those few people who aren’t looking out for the interests of the American people have called on the abolishment of ICE, which is ludicrous. Their apparent reasoning, or lack thereof, is that Trump has supported the concept of ICE enforcing the law.

There have even been news stories of Trump changing the law to make it easy to deport people entering the country illegally. That news is blatantly false and what people in that group and the news media don’t want people to know is that the law in question was actually signed into law by President Bill Clinton in 1996. Not only was it not passed while Trump was in office, that law was used during the presidencies of Clinton, Bush, and Obama. Trump is hardly the first to use it. Trump has simply supported law enforcement when they’ve carried out existing laws. The American people should expect nothing less.

Among other things, the law, known as IIRAIRA, makes deportation automatic for any alien entering the US illegally, unless there are certain extenuating circumstances, and these circumstances are spelled out in the law. It also stipulates that any immigrant who has broken certain other laws is also to be deported, and this was made retroactive. This means that even immigrants who are here legally who violate those laws can be deported. Further, Clinton’s law establishes minimum amounts of time before an illegal immigrant can legally come back to the US after being deported; 3 or 10 years, depending on the situation.

My own son-in-law was deported to Guatemala under that law and still has several years of that 10-year minimum before he can legally return to his wife, my daughter. She has gone through a number of hardships because of that law.

The thing is that Trump had nothing to do with signing that law. In fact, my son-in-law was deported while Obama was president. This is something the news media doesn’t want to admit to.

It doesn’t end there, either. There was a public outcry over the separation of children from their parents when the parents broke the law by coming into the US illegally. News agencies played the story up, often giving false information in an attempt to fan the flames. For instance, one agency ran a story about it and used a picture of a child in a cage. The insinuation was that the child was caged because of something President Trump had done or ordered. It turns out that the picture was actually taken during the Obama administration before Trump even ran for the presidency. When the truth became known, there was no outcry about Obama caging the child.

Very little mention has been made of the Trump executive order that stops the separation of children from their parents, until it is decided what is going to be done to the parents, if anything, and after proof that the children actually belong to those adults.

Nothing has been said of the hypocrisy, either. If a man or woman is convicted of even a misdemeanor that requires jail time, guess what? They are separated from their children. If both the father and mother are jailed, the children are automatically placed in foster care. This isn’t mentioned because it would show a gaping hole in the logic of the people trying to fan the flames of outrage over the separation of children from their parents. In the case of illegal immigration, the parents are fully aware that they are breaking the law when they enter the country illegally, just as a person who robs a liquor store knows that they are violating the law while they are committing the crime. To say that it is fair to separate the robber from their children, but it isn’t fair to separate the children from a person whose first act on American soil was to break the law is hypocritical.

Either way, there are consequences to breaking the law by entering the US illegally. The law that was signed by Bill Clinton and used by Clinton, Bush and Obama hasn’t changed. A change to the law must come from Congress. Illegal immigrants need to know that there are consequences to their actions. Whether or not the law should be changed is a different topic altogether, but it hasn’t been to date. The point is that ICE has followed the law and shouldn’t be criticized for doing so.

The US is a country that is governed by our laws. That means that people aren’t able to arbitrarily decide which laws they are going to follow and which they won’t. Likewise, even though law enforcement officers do have a certain amount of discretionary power, they can’t arbitrarily decide which laws they will enforce and which they won’t. If it was otherwise, no law in the US would have any meaning.