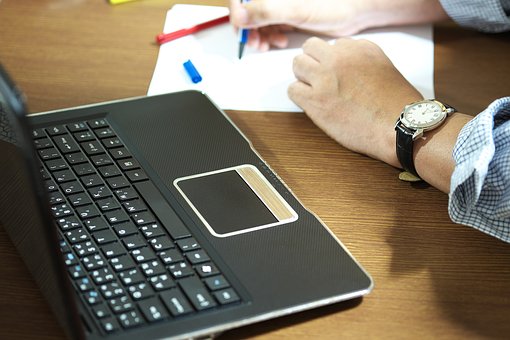 I began to think about quoting in context because I saw a review of “Love And Other Afflictions : A Collection Of Literary Short Stories” and felt decidedly put out by the quotes. Underneath this article I will publish the review in full. What I find really difficult to come to terms with is the first quote in the review : “Read, O read, rubbish, and love rubbish, because it is rubbish you read and you who read rubbish are rubbish!” This quote comes from a short story called “The Master’s Orders” in which a lackey or ghost writer or slave is asked to write a brilliant short story which in turn takes the form of an abortion. The overall idea is that forced creativity is wrong but so too is abortion. Thus, it’s a paradox within a paradox. The master who is boss and murderer is controlling the author who is destructive upon demand. There are lots of ideas being explored (I hope) but when you read “…you who read rubbish are rubbish!” you may simply be offended and miss the point which is made by overall context AND by the flunky’s thoughts “imprisoned” as they are by his controller, an authoritarian destroyer.

Got me thinking : Can any quote be in context, and given we are taught at university to substantiate our ideas on a literary text by quoting from it, should we be asked to do more, much more?

Just as the conclusion to the review or its “FINAL THOUGHTS” summarises the reviewer’s distaste so too will I conclude by saying it’s food for thought. Feast for thought.

Furthermore, I have been judged by readers reading one chapter of a 15 chapter novel. I have been judged by readers objecting to pornographic writing. To these objectors I have replied a novel of 15 chapters shouldn’t be judged by just one, and a piece of writing that seems pornographic if it comes from a pen-pusher writing overtly religious verse should be rescrutinised (at least), and so a quoter in or out of context should be seen for what he or she is. An omitter. I’ve done it myself, I’m sure. Three years at Bristol University gave me ample opportunity to quote out of context (and even in context). It’s just another tricky topic which leaves me with the idea that reality is easily disguised and words can be manipulated. It’s the tip of the iceberg because we are all listening to and watching performers, and seldom if ever do we look behind the scenes.

THE REVIEW IN QUESTION

I will start with this quote from the book:“Read, O read, rubbish, and love rubbish, because it is rubbish you read and you who read rubbish are rubbish!” So, I couldn’t help thinking, was this book a trick? It reminded me of a famous author’s experiment: to prove a point, he scribbled something completely ridiculous & published it. Just as he thought, critics Praised the dang work because, well, the guy was famous and considered a “genius.” The author proved his point. Now. YOU tell me what you think of these phrases, cuz there are A LOT of these in the book:“fixating his fixation”“powerfully overpower”“successful doctors unsuccessfully analyzing”“changed the changed sheet”“the day came, and after it had come, he came, and there, after coming…”“multifarious multitudes of multitudinous atrocities multitudinously multiplied.”“diminished possibility in a cosmos of diminishing probable possible improbably improbable barely possible possibilities”OK. Did you love that? If so, this book is for you! But here’s MY reaction to the above phrases with an actual phrase from the book: “maniac’s mania.” (YES. I agree.)I admit, the second half of the book reads better than the first half.The main themes in the book deal with longing, loneliness, and regret. Sometimes the stories give you the feeling that you’re swimming in a fish bowl: huge eyes but with limited perspective. Most of the stories just plain baffled me—no goal or objective, no real conflict or resolution, nothing I really wanted to hold on to, mull over, or care about. There’s some dry humor here and there, though they’re really hard to follow. (Maybe because I’m not British?) A few stories, if you looked really hard, are a bit comical, even clever, like H.M. Thought’s Dissertation. I’ll give him that. I do also like the Kowalski story, it’s a bit more thoughtful and provides more substance than the other stories, same with The Youth in the Assessment Unit. FINAL THOUGHTS: Though it’s generally considered a work of genius, I honestly couldn’t get into James Joyce’s “Finnegan’s Wake;” maybe I’m just too stupid to follow the incoherent, nonsensical ramblings in between the book covers. My brain simply got Too Stressed trying to detangle the gibberish. That said, if you love that sort of thing, then maybe you’ll enjoy this book.