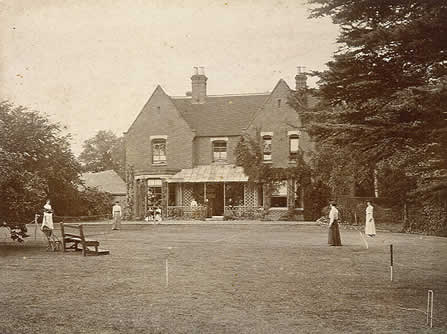 Borley Rectory was once famous (or notorious) for being “the most haunted house in England”. During the years of its greatest fame, namely the period from 1929 to 1938, it was certainly much haunted by psychical researchers, but whether anything more other-worldly ever happened there is a matter for considerable doubt and conjecture.

The rectory was built in 1863 to accommodate the Reverend Henry Bull, the rector of Borley near Sudbury in Suffolk (although Borley is just over the border in Essex). The house was later expanded as his family grew – Rev and Mrs Bull eventually had 14 children. 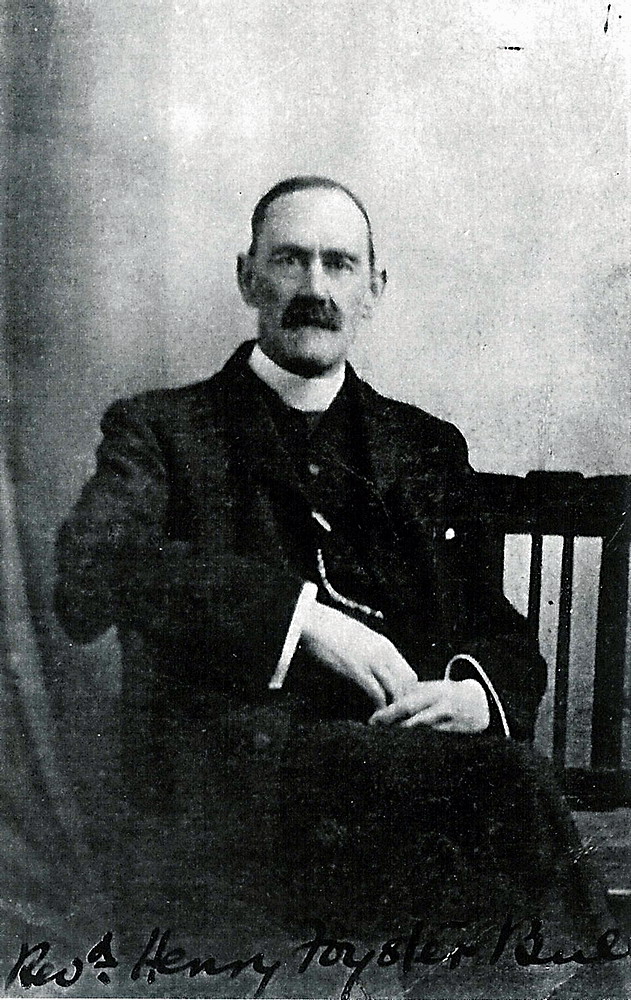 Nothing untoward was noticed at the Rectory until 1900, when Ethel Bull, one of the daughters, reported seeing the ghostly figure of a nun in the garden. This seemed to tie in with a local legend to the effect that the rectory site had been that of a monastery in the 13th century, and that there had a been a nunnery not far away. A monk and a nun had supposedly fallen in love and had been killed before they could elope.

The natural conclusion to draw is that Ethel had heard the story and become so convinced by it that she imagined seeing the ghostly nun. Ethel lived to the age of 93 and always maintained that the ghost was real, but, again, that is not the most convincing reason for believing the story to be true. Indeed, research has shown that there was never a monastery at Borley, so the original story could not have been true.

In 1929 the psychical researcher Harry Price became interested in the Rectory, not least because the then incumbents, Rev and Mrs G E Smith, had reported (according to Price) all sorts of strange goings-on in the house, including odd sounds and smells, objects being moved, bells being rung, writing appearing on walls, doors slamming, and fires starting without warning. 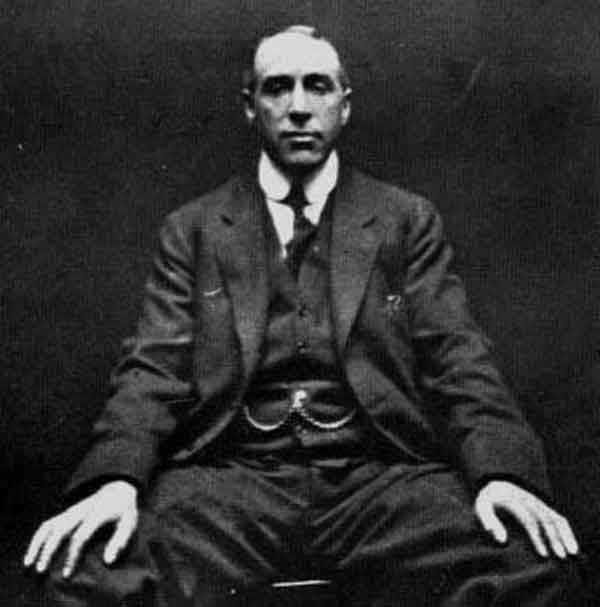 Harry Price held a séance, in which the spirit causing all these phenomena turned out, according to the medium conducting the séance, to be Reverend Bull!

The Smiths moved out of the Rectory, to be replaced by the Reverend Lionel Foyster and his wife Marianne. The poltergeist activity increased, as did Harry Price’s investigations.

When the Foysters could stand it no longer (either the phenomena, or Price’s constant presence, or both), they abandoned the Rectory and Harry Price leased the house himself. He invited a whole team of researchers to spend nights in the house and record their observations, as well as making plenty of his own notes.

Harry Price summed up his findings and conclusions in a book, “The Most Haunted House in England”, published in 1940. What he wrote convinced a great many people at the time, and the house’s reputation entered the public consciousness.

The rectory burned down in 1946, with reports that a ghostly figure was seen at an upstairs window. Whether the fire was started deliberately or accidentally is a matter for debate. When bones were found buried underneath the house, this added more “evidence” to the side of the argument that claimed the hauntings to be genuine. However, whether the bones were human, as opposed to those of farm animals, has never been established. 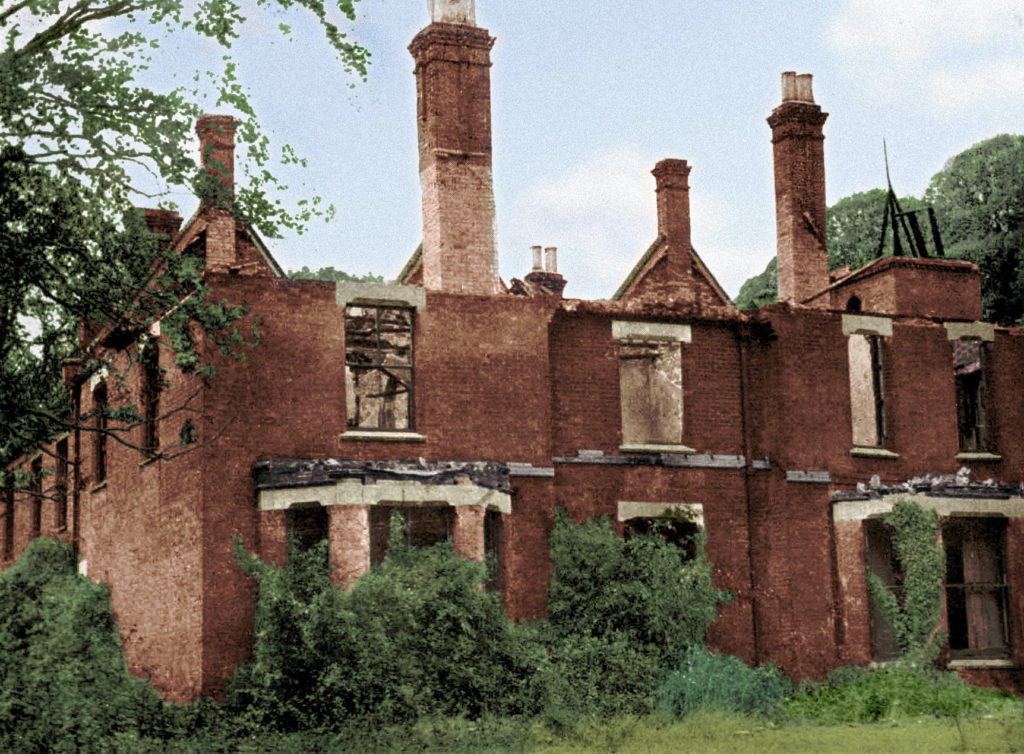 (The Rectory after the fire)

Harry Price died in 1948 and left his huge collection of books and documents to the University of London Library. The current writer worked for a short time at the library in 1974-5 and became familiar with the Harry Price collection – indeed the copy of “The Most Haunted House in England” that I read was Harry Price’s own copy. However, what most impressed me about the Harry Price collection was the large number of books it contained on subjects such as conjuring and magic tricks, as well as more esoteric material on witchcraft and the occult. Therein lies an important clue to the whole Borley Rectory story.

Harry Price was a trickster who had begun his professional life by exposing the tricks used by others. As well as using some genuine scientific methods to investigate strange phenomena, such as measuring temperature changes and photographing evidence, there is every reason to think that many of the incidents were faked, being little more than conjuring tricks, and that purely natural events were given a significance they did not deserve.

For example, Price’s team of 40 investigators mostly comprised known mediums and students. The reputation of a medium depends on their being able to detect spirit presences, so they are hardly likely to say that they have not done so when given such a golden opportunity. As for the students, it is much more fun to say that something weird has happened than that it has not.

One of the most damning pieces of evidence against Price is that, while an independent investigator was being shown round the house, having been told that things got thrown around for no apparent reason, he was hit on the head by a small pebble. Harry Price’s pockets were later found to be full of pebbles.

Another reason for doubting Price’s claims was that Mrs Smith declared in 1949 that, far from what Price had written in his book, the phenomena he reported had only begun after he turned up at the Rectory and not before.

The Borley Rectory saga is therefore one of a story getting out of hand. Harry Price, who had absolutely no qualifications for the job and lacked any scientific training, was desperate for recognition as a genuine psychical researcher. He needed an opportunity to prove himself, and Borley Rectory was that opportunity. He knew the sort of evidence that should be present in a genuinely haunted house and was fully capable of producing it, which he did.