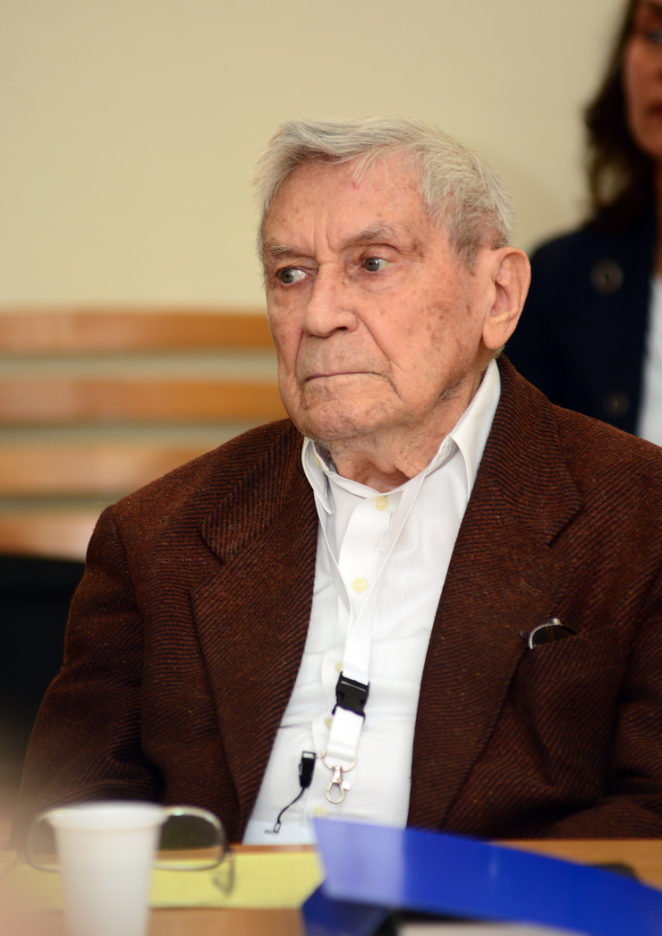 They had the cast to personally meet this wonderful man in my life. It was a brief encounter that later on left me profoundly influenced.

Later I listened to his every guest in TV shows with the utmost care.

Because this man knew he always found too much to say, for every situation.

I can freely say that he was one of the most daring Serbs.

See for yourself as it follows his biography.

Vladeta Jerotić was a Serbian neuropsychiatrist, psychotherapist and author. A devout Christian, his works touch on theological topics and explore relationships between human condition, God and love.

Born in Belgrade August 2, 1924 died in Belgrade September 4,In his native city, he finished elementary school, gymnasium and doctorate at the medical faculty Neurosychiatry.He finished Psychology Specialization in France, Switzerland and Germany.  Prof. Dr. Vladeta Jerotić has developed a comprehensive and fruitful publicistic activity from the border areas of psychoanalysis, psychotherapy, religion and philosophy.He wrote and published 33 books.

He has won the following prizes:Thanks to Matica Srpska, 1982.Charter of the Dr Dragiša Mišović Hospital, 1983Charter of the Serbian Medical Society, 1993Award “Djordje Jovanovic”, 1994.Award “Laza Kostic”, 1997.Order of St. Sava I degree, 2001.Isidora Sekulic Award 2003 for the book “Travel, Records, Memories”.Dositej Obradović Prize for 2014, for Life Achievement [1]Great Charter of Branko’s Circle in 2017.We can best know and understand Vlado Jerot if we read what he was talking about.Here’s how Vladeta Jerotic spokeCitation about marriage and family “” Children do not get married, where a good marriage can become even better with children, where it’s not good, it gets worse. “” Stable marriages are stable, no matter how many children they have. “So, the child is exactly what marriage is. “

About the Impact of Parents on the Development of a Child “What determines that the child is wrongly developing is the lack of warmth, security, and authority with the parents themselves. Because if the child is really helpless at first, from which he can get that first necessary impulse for security and care, than from his parents. It has no other criteria for its own value than the recognition it receives from its closest environment “About loveHe said that love should be nurtured.”We have spiritual love, intellectual, emotional and physical, I do not want to rank, each of these love is important, and four components are never satisfied because there is no ideal marriage. Let them be two, both in one and the other … I do not know … Everything is significant . “”The three most common forms of love are: love for parents, love for children, love for a partner, of course, there is love for God, love for the country, the profession … The first is love for a partner, the second for the child, the third for parents. : And you shall separate yourself from your father and your mother, and you shall cling to your wife, and you shall be one body … “About doctors and patientsJerotic was also a prominent Serbian doctor, neuropsychiatrist and psychotherapist, and he talked about this job.”The man is a person of suspicion and confidence and is constantly developing, so so do doctors need to learn to be endowed with empathy. We are better physicians when we care about patients.” The man is beautiful when he has a good word for others, and empathy is important medicinal, there is no dispute about it. The influence of the environment is very important, and doctors and nurses have an important influence on children. “And so our Serbia was left without another giant.For comfort, we remained his books and thoughts that he spoke in a TV show called “Agape.”Let him be eternal glory.Take pictures and texts from: https: //www.blic.rs/vesti/drustvo/otkud-to-bozja-milost-genetika-i-licni-trud-vladeta-jerotic-nas-je-napustio-u-95 -a / d6dvfgx