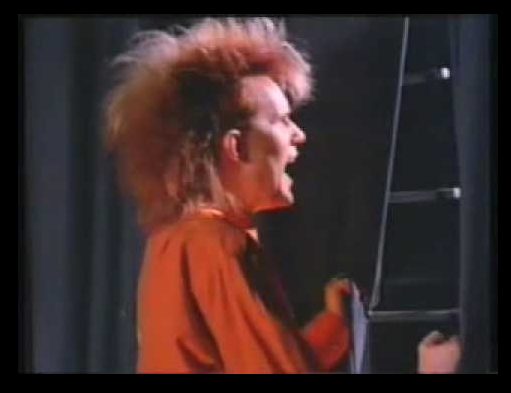 Howard who?  How could somebody with such a dull-sounding name like that be an impressive singer?

You’re only saying that because you don’t know what his real name is.  His real name is John HowardJones.  Sounds more impressive huh?  Well, evidently he didn’t think so.  He dropped the John and just went with Howard Jones, knowing that as soon as people heard him sing, nobody would ever confuse him with Howard Johnson.

Howard Jones is a British singer from the 80s with the crazy hair.  Everybody clap your hands for Howard Jones because his song “Things Can Only Get Better”  is what everybody needs to singing right now.