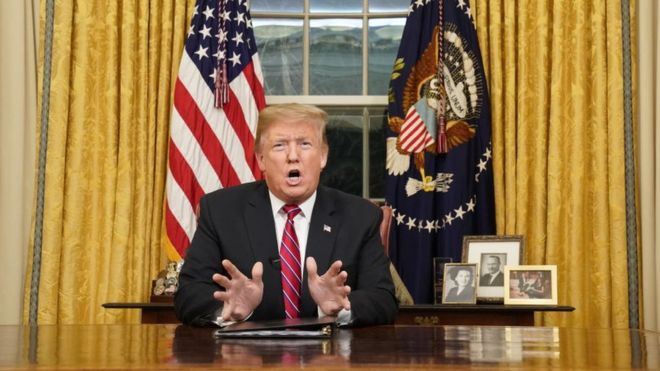 President Donald Trump emphasized Democrats in his TV address on the prime time, that should fund and support the construction of a wall on the Mexican border. The dispute between demanding more than $ 5 billion for the construction of the wall has resulted in a partial “shutdown” for various government departments in the last 18 days.

President Trump said that this problem can be solved in 45 minutes and that he has invited Congress leaders to work on this in the White House on Wednesday. President Trump insisted that the construction of the wall on the border is essential for the security of the country, and soon the wall will start paying itself.

The US President said in a speech issued for almost nine minutes, The construction of the wall is inevitable and with this, the growing crisis and security concerns will be eliminated in the country. President Trump is demanding a sum of $ 5 billion for the construction of this wall.  In his speech he did not announce national emergency, but he is expected to visit the Mexico border on Thursday. 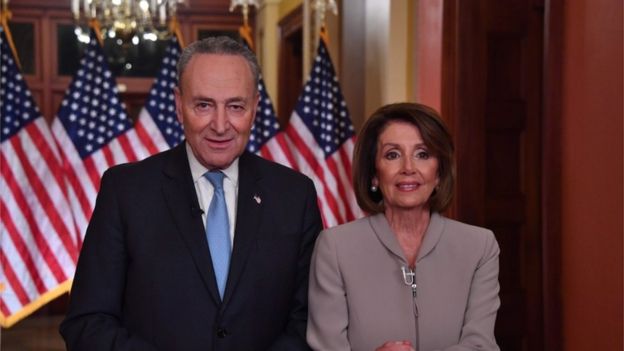 Shortly after President Trump’s speech, Democrat Party leader Nancy Pelosi and Chuck Schumer also said in his statement, that President Trump has hosted the Americans, and forcefully trying to create a crisis. Both the leaders demanded to end the shutdown from the US President.