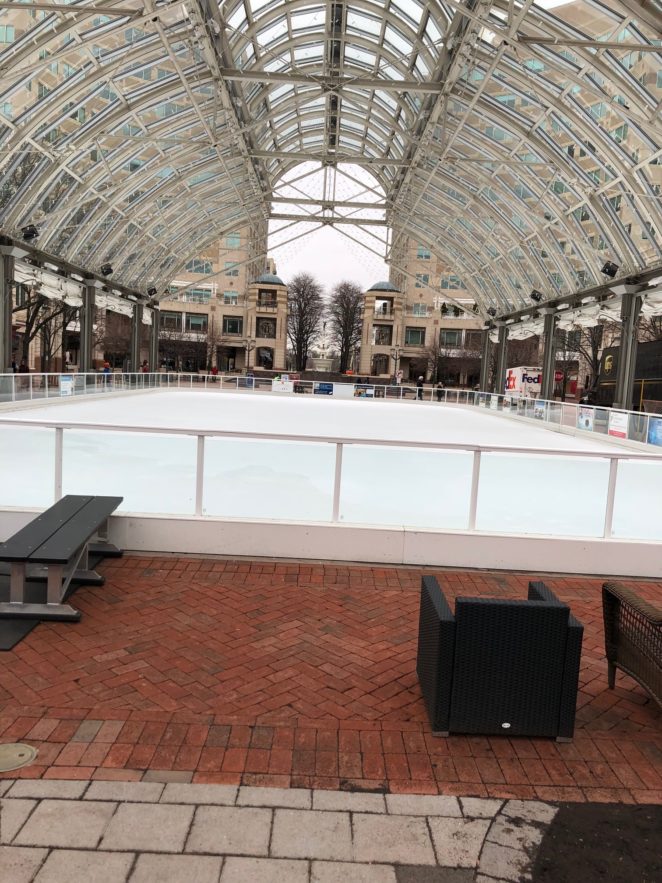 What happens when the air temperature is 80 degrees? The Ice Skating rink empties. I was meeting folks for lunch in Reston Virginia, and it just so happened that my parking spot was right by the skating rink that is in Reston Town Center. Reston is a suburb of Washington DC, sitting just off VA 267. VA 267 is the highway that connects the Capital Beltway with Dulles Airport. Dulles is the largest of the three airports in the DC area. The other two are Reagan National and Baltimore Washington Airport.

The skating rink is in the renovated area of downtown Reston and is cool looking.

I would have thought, with the winter Olympic goings on that, in fact, there would have been more people out, but maybe they were inside watching the Olympics or, perhaps and more likely they were actually at work!