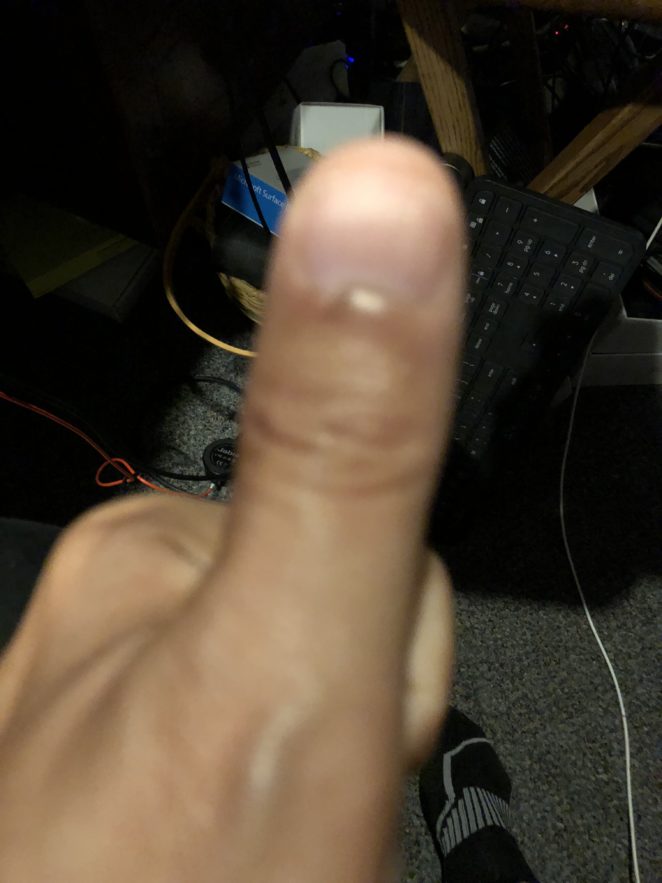 In the days of film cameras, a thumb picture was devastating. You not only paid for a picture of a digit, but a picture was lost. Now, I take 20 to 30 times as many pictures of events. I don’t lose pictures anymore, and thumb pictures have become something of a joke for me in the 365-day photo challenge. This would be my third picture of my thumb. One of my right thumbs shared and two of my left thumb. I do have other older pictures of my thumb that I had to pay for. The development places would later change those rules at the end of the film. Then you pay for the pictures taken that you liked. But in the early days of film, you paid for all of them!