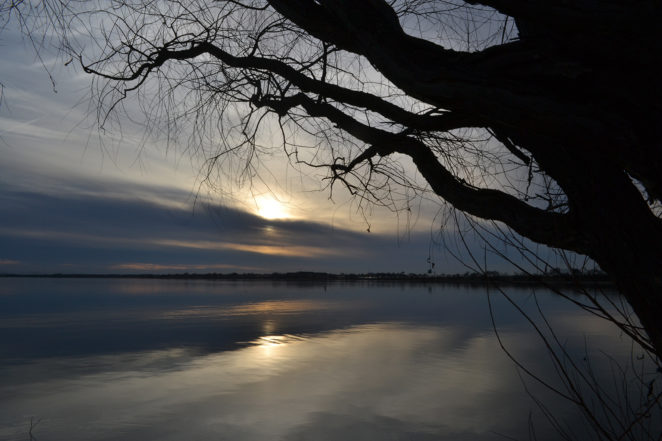 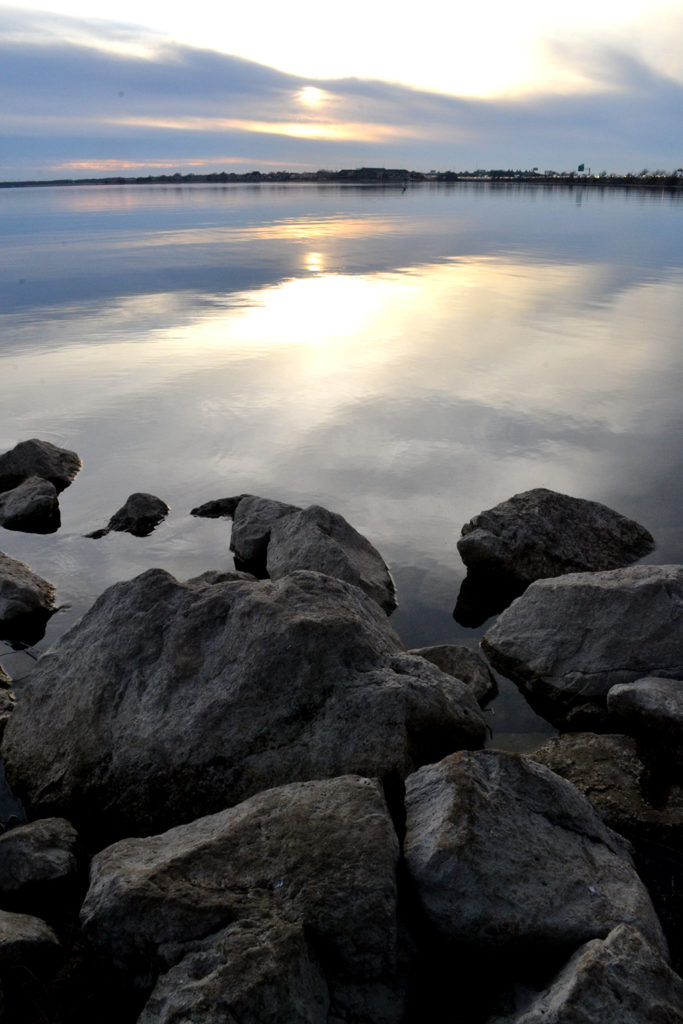 Today I spent the afternoon outdoors. I had enough silence and nature to truly ground me. On the way home I stopped by a local lake of which I would normally complain about an over abundance of concrete.

I walked along a path to the lake and the sun was going down behind an old Willow tree and I felt an excitement, a presence I haven’t felt in quite a while.

The holidays were rough, filled with stress and realizations we don’t necessarily want to deal with, especially during the holidays. Loneliness, age and that gap between lives, not complaining but the season tends to heighten my awareness of everything both good and bad. 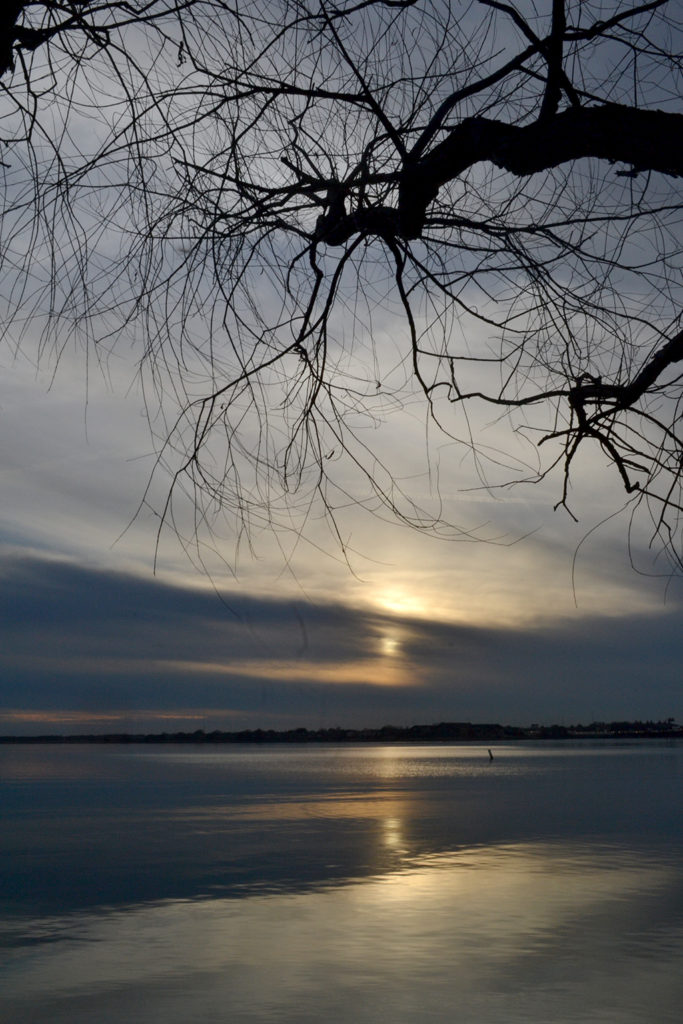 After an exhausting day where I hadn’t worried about anything but the next hill to hike, I got to watch the sunset. As I photographed one shot another image showed itself. The light changed and a silence came to me that was a moment of divine intervention.

The sun slowly fell beneath the clouds and the lake lit up with a light that was particularly special. The gentle ripples in the water echoed the stillness of the lake making me feel peaceful and calm. In the silence I had a realization, everything would be just fine.

I laughed out loud, the few fishermen probably thought I was crazy. It was a feeling of calm that moved me. I had not photographed for quite some time where I felt such awe. 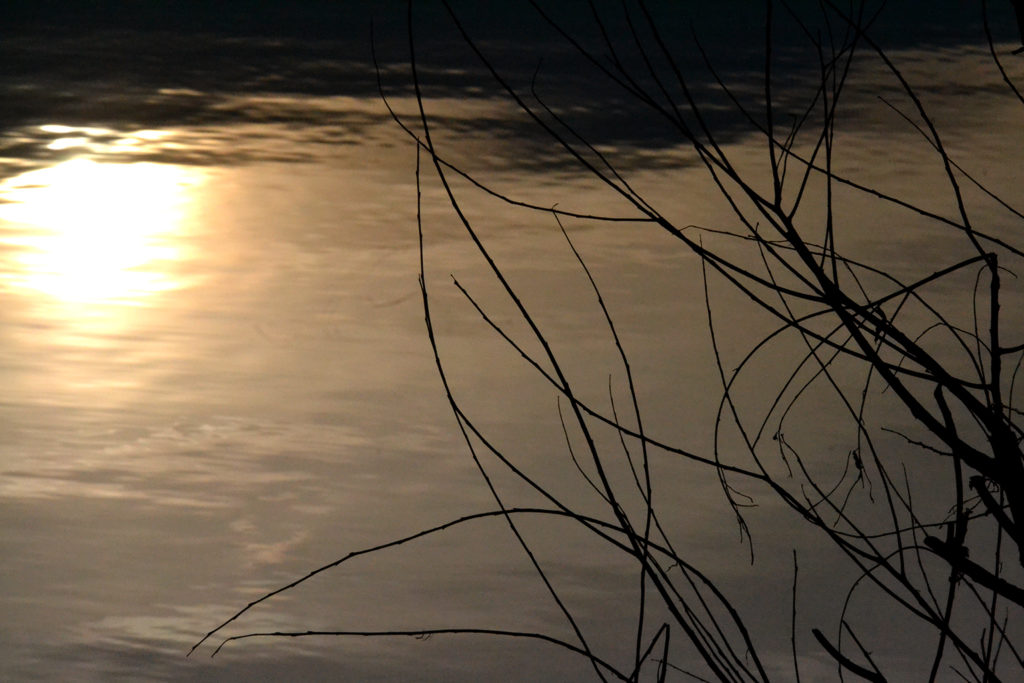 Just as quickly as the divine presence made itself known, the sun was gone and the light dimmed. I walked back to the car with a feeling of purpose and a certainty that everything was going to be okay.

Faith and it’s epiphanies are very subtle, you have to be still and available for them. I hope you get the same sense of awe that I got in shooting these images.