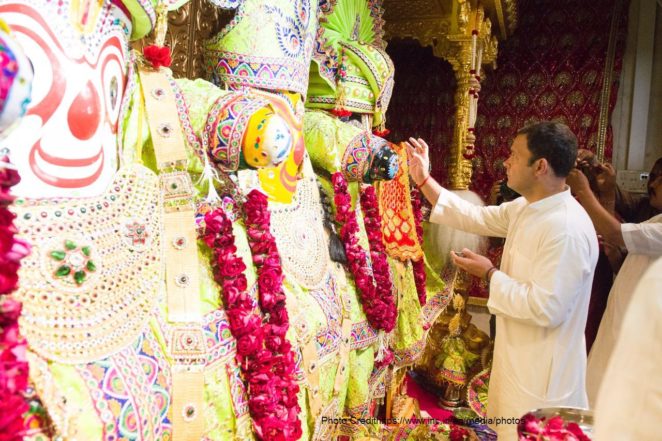 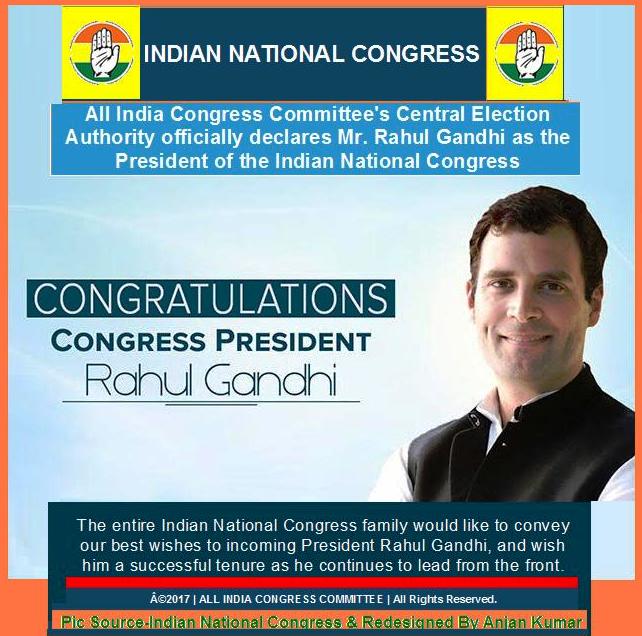 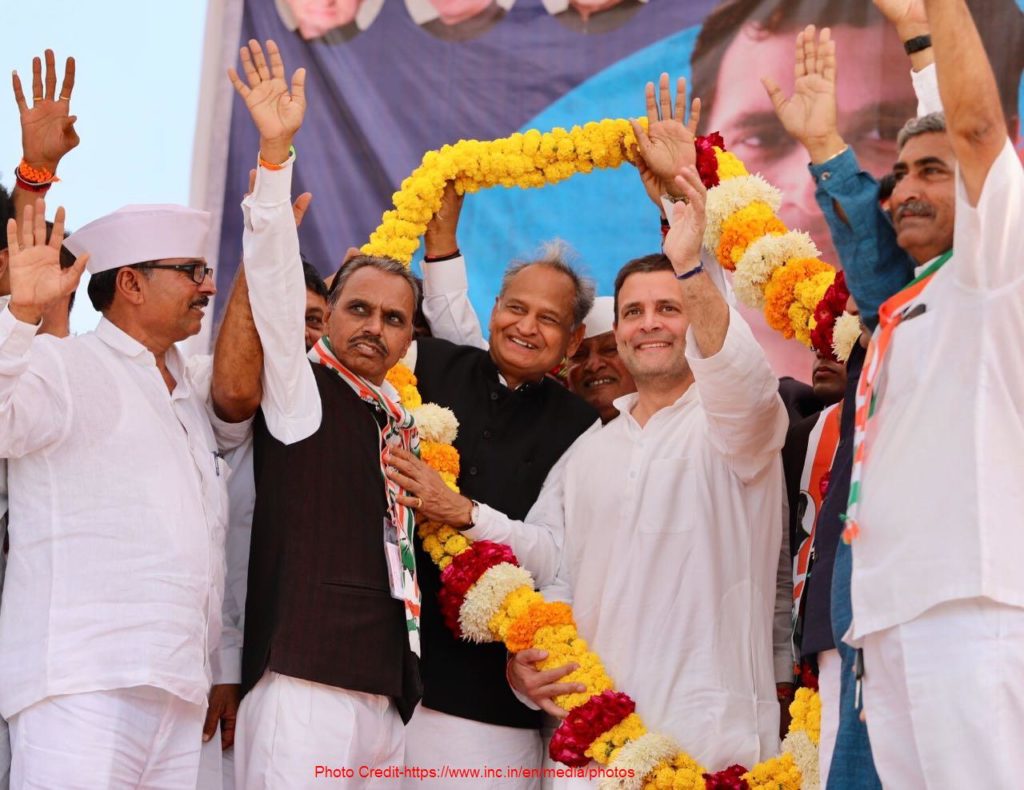 Indian National Congress Officially evolved in India by A.O. Hume, An English man which was further geared up by the then leaders of congress like Mahtam Gandhi(Father of the Nation), Jawarharlal Nehru(1st Prime Minister of India) and Indira Gandhi(Ex-Prime Minister). It was also crystal Clear much before the announcement of Rahul Gandhi as the Present National President of Congress party but thousands of Congress leaders, Party workers including Media Houses were awaiting it eagerly for the official announcement from the Party Head Quarter here in the National Capital of India.

As the first phase of Gujarat State Assembly Election has ended up with well expectation of Congress party  and next phases are also  approaching in the state of Gujarat, the Top Brass of Congress leadership including Former President and  mother of Rahul, Smt. Sonia Gandhi desired to make Mr. Rahul as the National President to make a victorious direction of Congress in the Home State of the Present Prime Minister Mr. Narendra Modi. 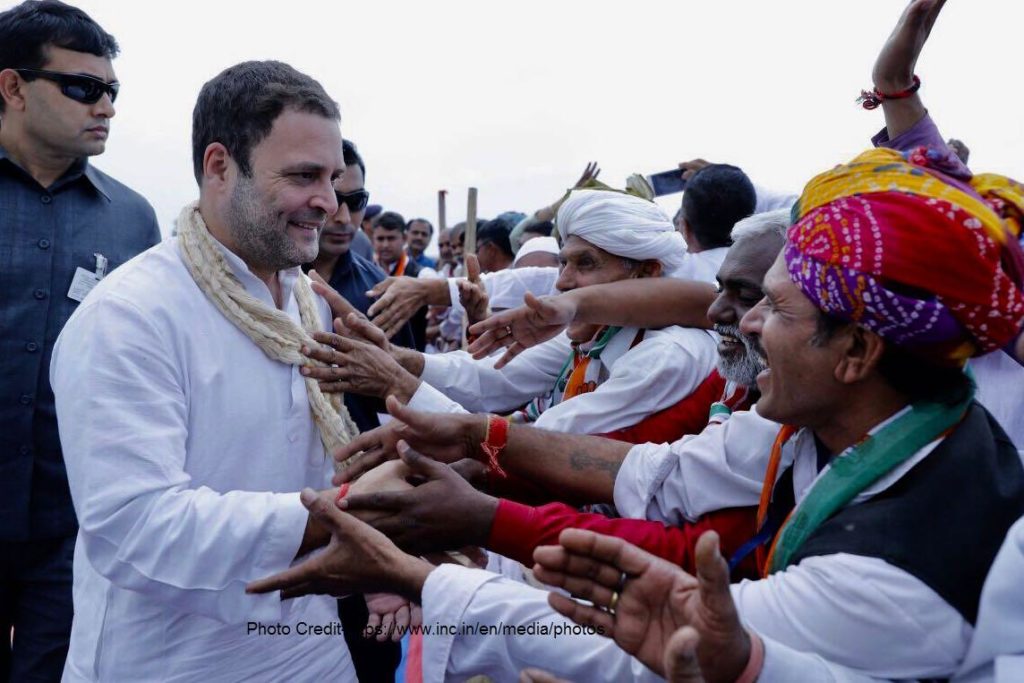 As a Youth icon of the Congress Party ,Mr. Rahul also very popular now a day and his image of an incapable Leader in comparison to the stature of Mr. Narendra Modi has revamped which has been reflected during the 1st phase of Gujarat State Assembly Election in the recent past.

The trust of Congress Leadership on Rahul absolutely reflected as No other National Leader of Congress party even Nominated and as a consequence Rahul got elected unopposed without any political hurdle inside party circle. But still Mr. Rahul has to show his real political strength by defeating the Nation’s Popular Political Brand Mr. Narendra Modi on his homeland in this Gujarat Assembly Election.If this would have occurred in real, than No body can stop Mr. Rahul to become the Next Prime Minister of India in the coming General Election likely to be held in the year 2019. 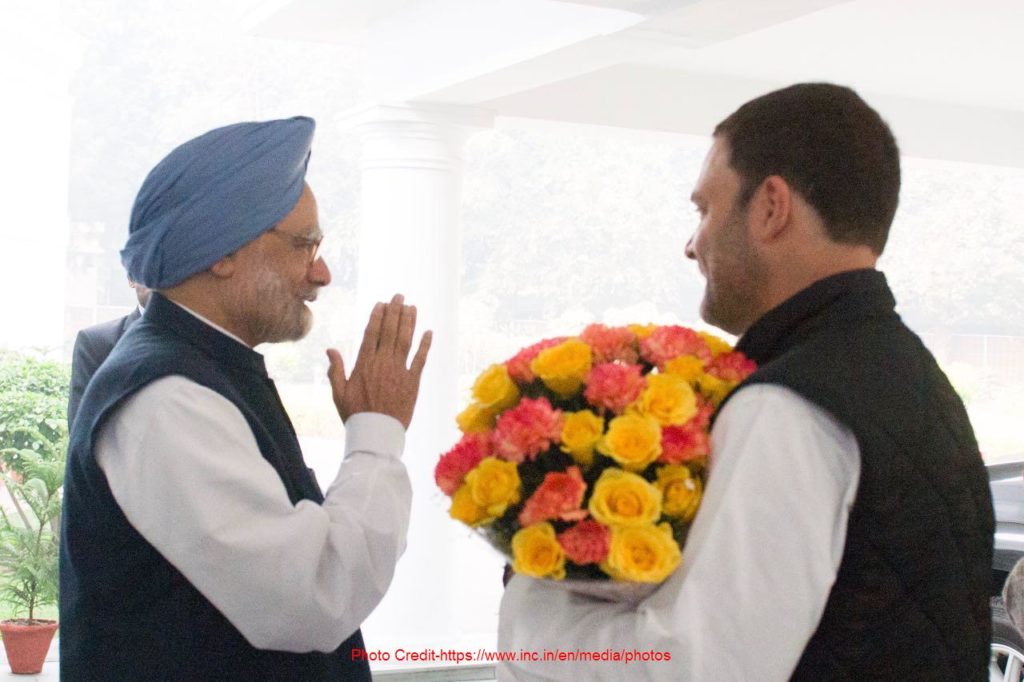