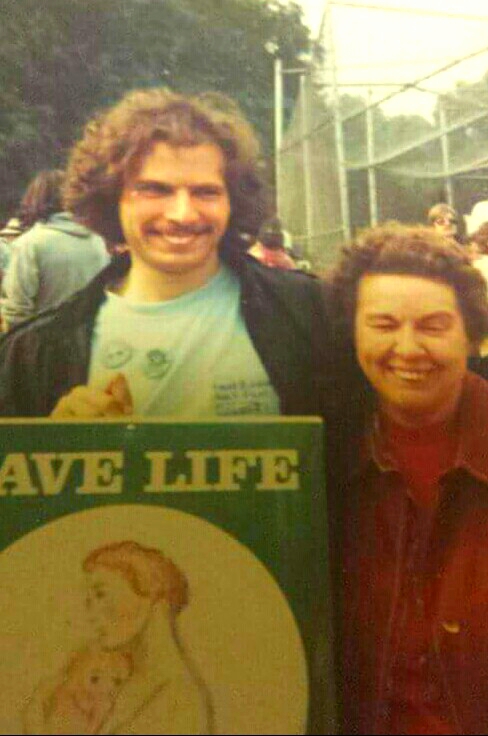 In June of 1982 I was laid off from my job as a Teacher Aide at The Educational Cooperative in Walpole. I moved back to Gloucester and preceded to look for work. I also got in touch with local organizers for a demonstration planned for June 12th in New York City. Word was out that this was going to be the largest peace march in American history. Locally a bus had been charted by a Rockport group called “Artists For Survival. My then girlfriend Elaine & I had tickets, and I learned that the Rockport bus was going to have an interesting mix of people as a lot of older folks had signed up to attend.I asked my mom if she’d like to join us for het first peace protest. I didn’t expect her to go, but she surprised me and said yes. I guess all the bellicose talk from Reagan about the neutron bomb and cruise missiles had affected her. We arrived at 11 AM and marched to Central Park with a pit stop for sandwiches at a local diner.   We arrived to encounter a sea of people at the park. We were able to catch brief glimpses  of Linda Ronstadt and Bruce Springsteen, hear some spirited speakers and take in the fact that that day we were making history.