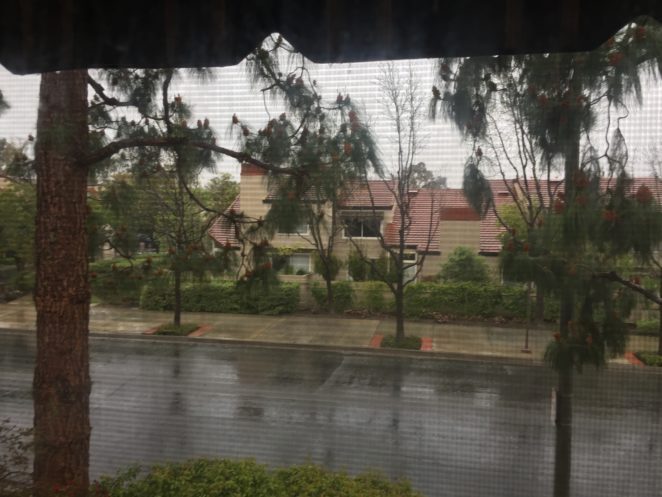 This morning, I decided to go to Wholesome Choice for some items. Besides, I wanted to go somewhere, and I wasn’t sure what was still open. The streets were very quiet, with few cars. It was nice not driving in annoying traffic. But it was also scare like it was the end of the world. The parking lot in front of Wholesome Choice had less cars. It is usually very crowded and busy, similar to a downtown business area. Like Trader Joes, there was a line to get into the grocery store, and most of the employees were wearing a mask. I needed some probiotics and other healthy foods to boost my immunity. I noticed there weren’t any toilet paper. Although I have some at home, I was considering buying a package of four, for an emergency. But the hoarders finished all the toilet paper…

They were letting few people at a time inside the store. So, the grocery store wasn’t as busy as usual. The weather was nice in the morning, but it eventually got windy and cloudy. By 8 pm, it started to rain. I heard that the only places that will stay open are grocery stores and gas stations, although I am not sure where I would drive to now. I wonder if the meetups will still continue because most people have stopped going. I watched some short films on Youtube.

I guess I will walking around and ride my bicycle on my own until I figure out places that are still open. I wonder if IKEA is still open to the public. The malls might be closed.

Someone said that it is likely to get worse, which could mean riots, chaos, martial law, National Guard, and police. So far, it is just quiet and dead.