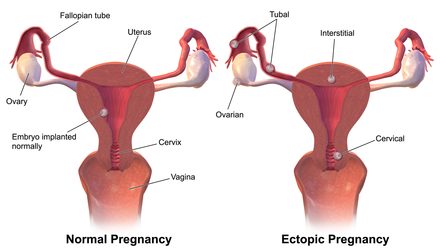 The state of Ohio has just passed into law a decree that doctors who remove an ectopic pregnancy from a woman must re-install it in the uterus, otherwise they could be held to be guilty of “abortion murder”.

For those who don’t know, an ectopic pregnancy occurs when a foetus implants itself outside the uterus – usually in the fallopian tube. The chances of such a foetus surviving to birth are extremely unlikely, although it has happened, and this failure is usually because there is insufficient blood supply to allow the foetus to develop.

The health of the mother is severely compromised if she has an ectopic pregnancy, and in past centuries this was a common cause of maternal death. It is essential that the ectopic pregnancy is removed as early as possible, not only to save the mother from pain and distress but also to remove the possibility of her being unable to have babies in future.

However, the anti-abortionists of Ohio have got the crazy notion that an ectopic pregnancy is a potential human being, and that it must be placed in the uterus so that it can develop normally.

As every obstetrician knows, this is such a remote possibility as to to be regarded as virtually impossible. Nobody has ever succeeded with such a procedure, which is why it is never attempted. To do so could easily cause further damage to the mother and render her incapable of ever bearing children successfully in the future.

But – in Ohio – not to do everything to turn a bunch of harmful cells into a baby counts as an abortion, and anyone who procures one – for any reason – is therefore a murderer.