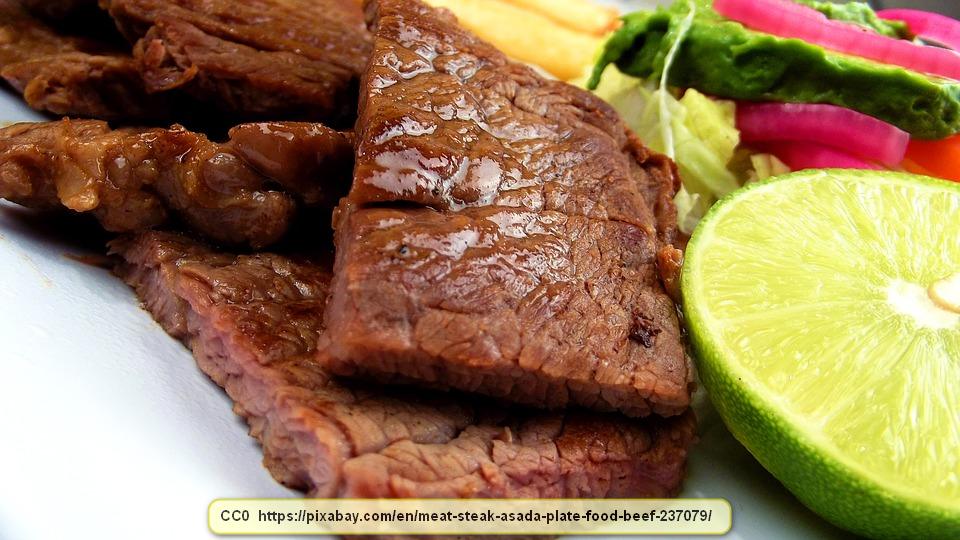 A lot of people might wonder why a growing number of doctors and nutritionists are recommending that their patients eat more meat in their diets. There are some good reasons for this.

The United States has a weight problem and obesity is common. Being 20 pounds or more overweight elevates your chances of heart disease, stroke, heart attack, diabetes, and there is even an implied connection with cancer. You might wonder what this has to do with eating more meat.

Mind you, we aren’t talking about being seven pounds overweight. Obesity is defined as weighing 20% more than your ideal weight. That means that if your ideal weight is 110 pounds, you’d be obese if you weighed 132 pounds or more.

People who are reasonably active and who eat a balanced diet tend to gradually get to their ideal weight and to stay there, provided that their caloric intake matches or is below the number of calories they burn during their normal daily activities. A “balanced diet” is one where 40% of the calories come from carbohydrates, 30% come from proteins, and 30% come from fat.

This has been identified as a major part of the problem. In general, Americans tend to eat twice as many carbohydrates as they should and half as much protein as they need. Note: This is true of people in other countries as well, to varying degrees.

This being the case, the question becomes, “How do we lower our carbohydrate intake while increasing our protein intake?”

Consider for a moment that most vegetables and fruits are high in carbohydrates and low in protein. For example, a cup of carrots contains about 12.3 g. of carbohydrates and only 1.2 g. of protein. That isn’t necessarily bad and it certainly isn’t for the plants. Plants are designed to produce carbohydrates, mostly in the form of sugars, as part of photosynthesis. However, this predisposes people who eat a lot of fruits and vegetables to have a diet that has a lot of carbs without having much protein.

That is where meat enters the picture. Meat is high in protein and low in carbohydrates. For example, a lean sirloin steak contains no carbohydrates, but it contains about 115 g. of protein. That is over 200% of the recommended daily allowance established by the FDA and based on a 2,000 calorie per day diet. In fact, the steak has a glycemic load index of 0, which makes it excellent for diabetics. The carrots have an index of 3, which is still very good, but not as good as the steak.

It should be fairly obvious that eating a steak along with fruits and vegetables will increase the protein to carbohydrate ratio. This is only one of the advantages of eating more meat.

Even without going into the part about vitamins and minerals the meat contains, the protein in meat also has the trait of beginning the sequence of “turning off” the hunger center of the brain. It is actually the protein that does this, regardless of where the protein comes from. Meat simply contains a lot more protein than vegetation, so it works faster at shutting down the feeling of hunger.

Thus, the second reason a growing number of doctors and nutritionists are recommending eating more meat is that as the body begins digesting it, the person normally gets less hungry. If they aren’t as hungry, they are less likely to eat too much.

As a consequence, eating more meat in the diet vastly and quickly improves the carbohydrate/protein ratio while also curbing the appetite. For people who are overweight, this is a win-win. In fact, it is a win-win for people who are underweight, too. As the diet becomes balanced, the body naturally approaches the ideal weight. Taken a step farther, as can be seen by the glycemic load index numbers, this is even great for diabetics.