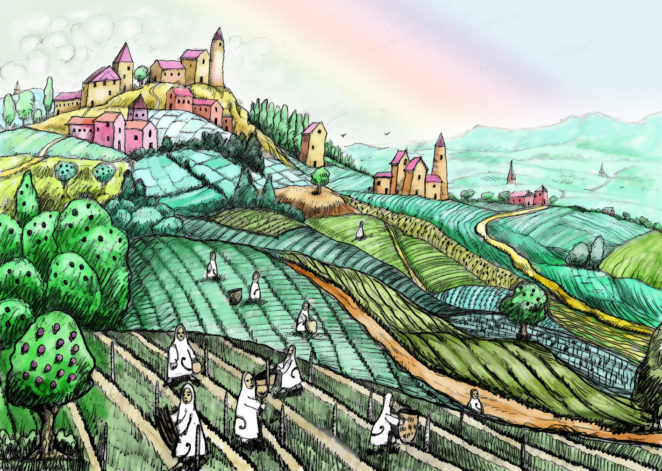 I have also acted as a writer, with several books published. In some of them I usually do the illustrations, especially those designed for young audiences. This is the case of the book “Zarp goes away“. This book is a fable that tells the story of a strange people named Zarp, who lives in the village Zarp and where everyone is called Zarp. And one of those people has a nostalgia to know where the place called “away” would be. And begin a pilgrimage until you reach this place that always distances itself.

The book won a prize and was published by the publisher Global in 2010. All the illustrations can be seen here.