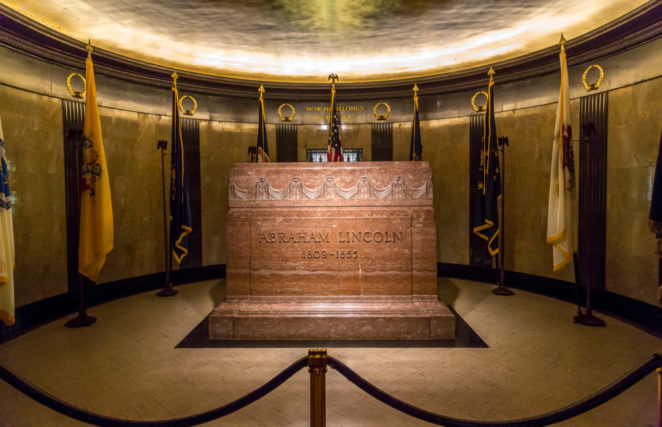 Inside the Abraham Lincoln Tomb in Springfield, Illinois you walk around the circular tunnel until you reach the burial chamber itself. There, the beautiful granite or marble structure awaits you. This however is not the casket. That is buried 11 feet down under the floor under 11 feet of solid poured concrete. This is because of the attempted theft of Lincoln’s body in the 1870’s that was unsuccessful. Behind us on a wall, there is the burial site of Mrs Lincoln and three of her four boys. The last boy was disinterred by his wife because she had always had a dispute with Mrs Lincoln.