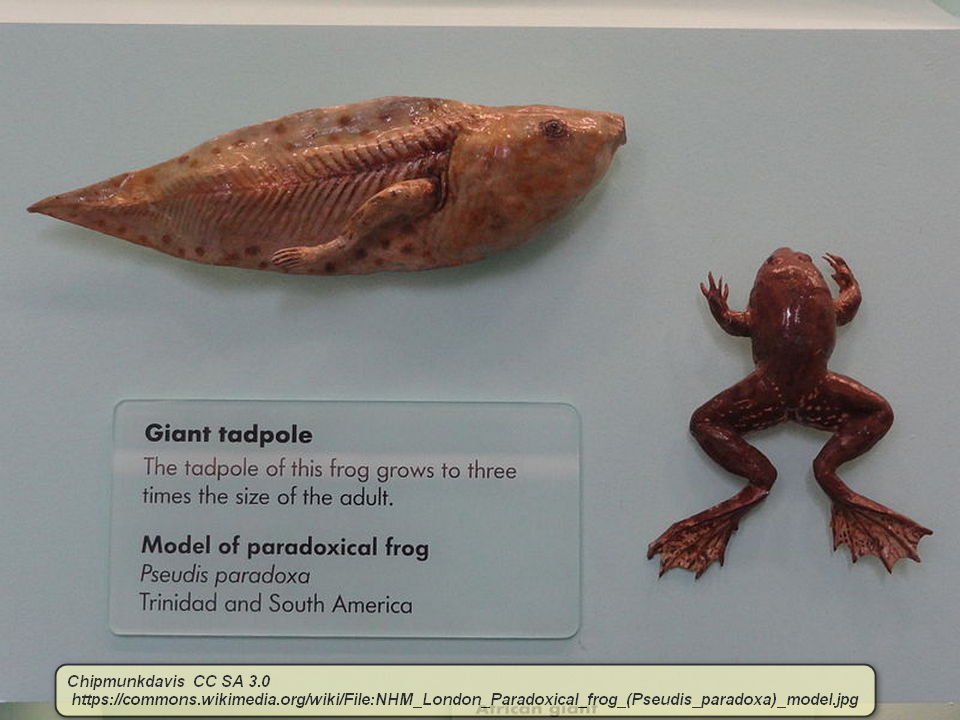 Try to imagine for a moment what it would be like to be born and to then become smaller and smaller as you got older. That is exactly what happens with the South American frog known as the paradoxical frog (Pseudis paradoxa), except that they hatch from eggs rather than being born.

An adult paradoxical frog doesn’t look much different from any other frog. They are brownish to greenish and they feed on primarily small invertebrates. These frogs do have extra long toes, which they use to stir up the mud at the bottom of streams and ponds. This, in turn, allows it to get to the small creatures that it eats. None of this is extraordinary. It is what happens earlier in their life cycle that is strange.

When these curious creatures hatch, they are tadpoles, just like with other frogs. However, they are very large tadpoles. One of these tadpoles can be as much as 10 inches (25 cm) long. Still, in appearance, they don’t differ much from the tadpoles of other frogs, except in size.

As they grow older and mature, though, a remarkable thing happens. The tadpoles begin to shrink and they shrink a lot. This isn’t an understatement. The tadpole might be 10 inches long shortly after hatching, but by the time it becomes an adult, the frog is only two to three inches long! 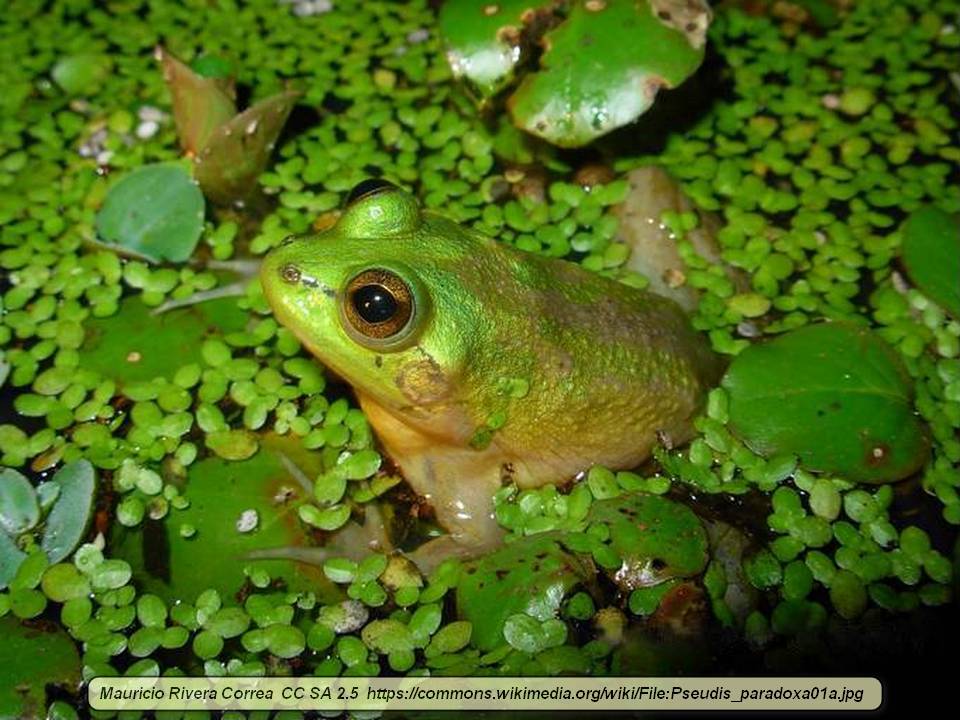 Put in human terms, it would be like a person being born six feet tall and getting smaller as they get older, until they are only around 18 inches tall as an adult.

Since this is so very unusual, when the paradoxical frog was first discovered, it was believed that the frogs and the tadpoles were two entirely different species and each was even given a different scientific name. It was only when they were raised in captivity that it was confirmed that they are exactly the same species.

It is believed that this is the only animal in which the young are substantially larger than the adult. It is actually a theoretical impossibility, but the proof is right there.

Biologists still don’t know a great deal about the paradoxical frog, since it lives mostly in the southern Amazon basin and into northern Argentina and it isn’t easy to find them in the ponds and lakes they live in. It even came as a surprise to many scientists that local people have been eating the tadpoles of paradoxical frogs for a long time, apparently relishing them as a delicacy.

This is one critter that the term “grow up” wouldn’t be a phrase that would apply to. It is sometimes astounding, the wonders that can be found on this planet. Incidentally, the paradoxical frog is listed as a species of least concern, meaning that it is a long way from being endangered.