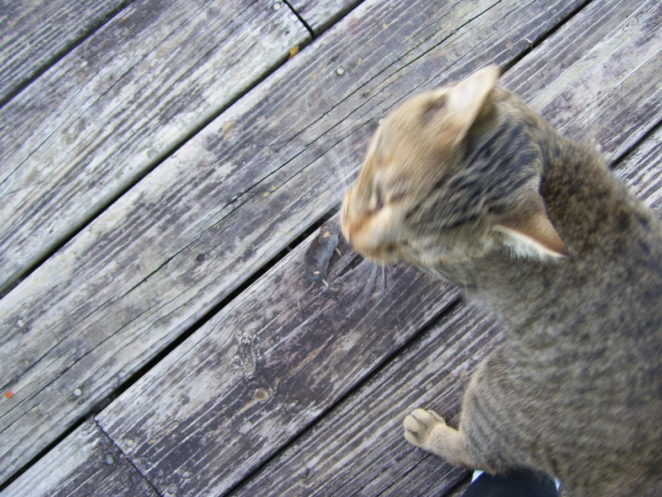 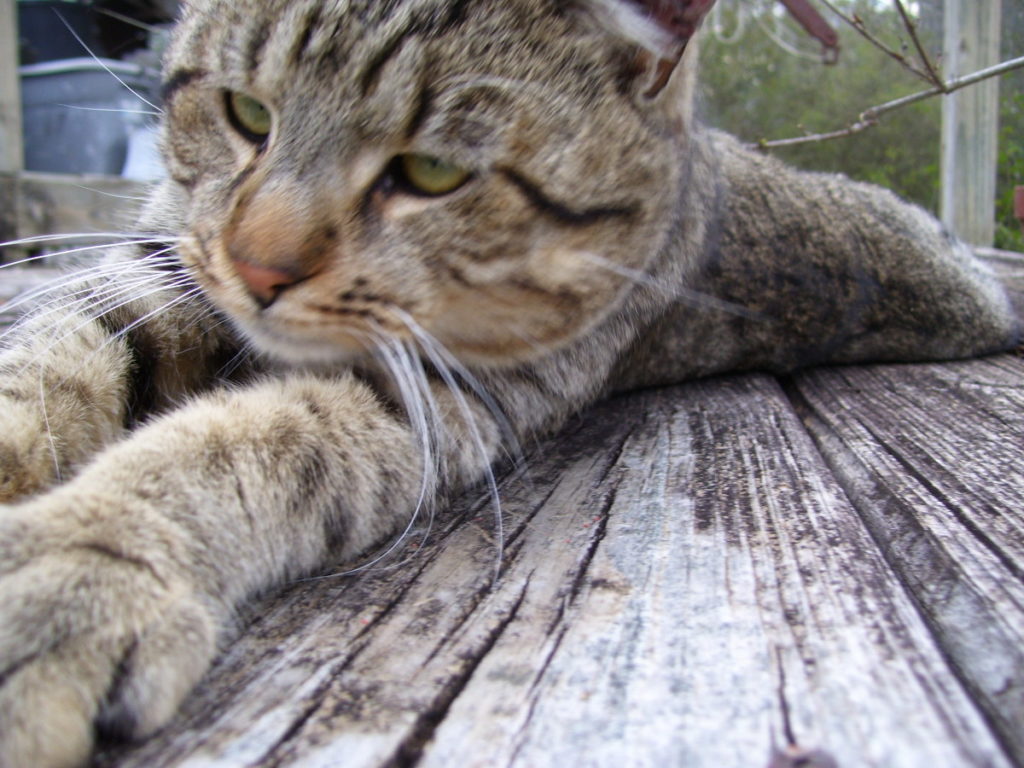 Spooky is the new kitten, someone tossed out and it found me.

Over the years I have had many cats come and go from my life, some staying for 12 years while others for only a couple.

I`m allergic to cats and they have always been attracted to me but usually they learn fast I will not hold them up close to my face and my feet are theirs, as soon as I get finished petting them with my hands I have to wash. But this has never stopped me from owning cats.

I have had some of the laziest cats ever know to mankind! Sit and beg me for food and never going out to hunt their own, to lazy to chase a rat away even though its eating its food.

I have also had some great hunting cats that would not allow a mosquito in the house much less a rat! 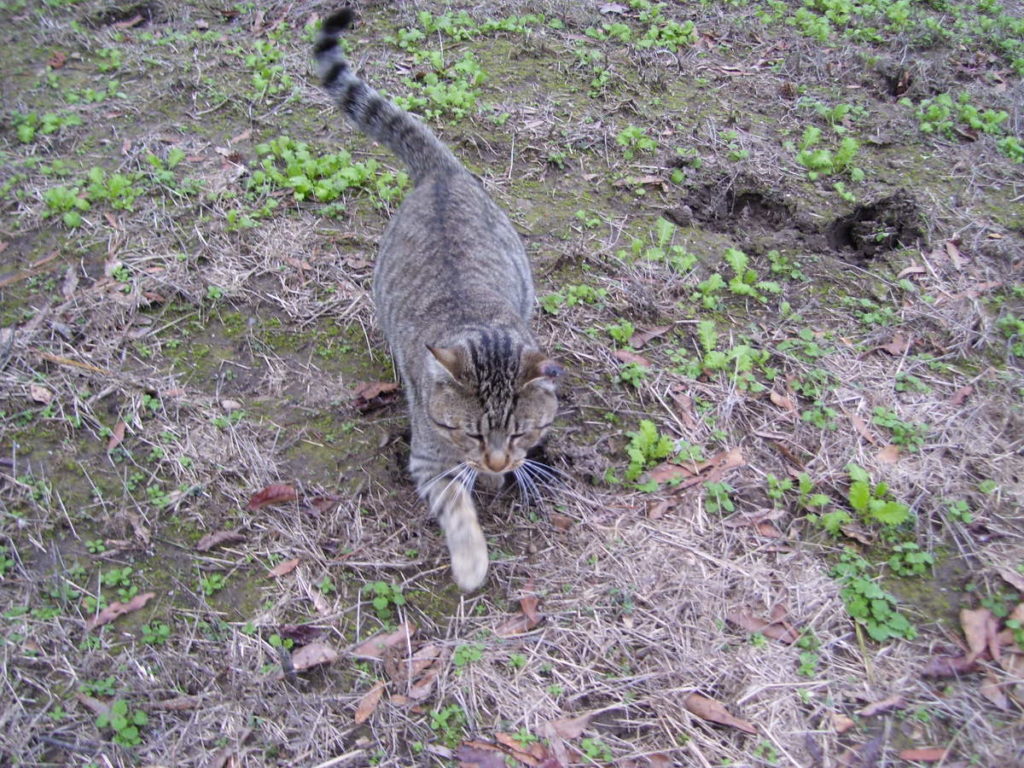 Now back to Spooky, It couldn`t have been but 8 to 10 weeks old when he was spotted by Tony running from the shed and garage area out into the woods, Took me forever to spot him because his colors blended so well with his surroundings.

Then one morning I came out of the house and I must have been quiet because neither dog asked for attention, so I walked over to the fence to see if they were still alive 🙂 and I seen this tiny kitten being so brave, he was inside the backyard with two big dogs eating their food! He looked at me as I stared at him, then he took off! Running through the fence into the field. Once I seen him eating the bread I tossed out for the birds.

From those moment on I began to leave the kitten food and water around the shed, so it could hide and eat, first with can food, next with can food and dry. Then I seen it was sleeping in the garage on top of a box so I put the food there and I would call the kitten every time, sometimes he would answer other times no, but I could see him from afar, watching me.

That`s been a month or more now, and he discovered the front door and that he could see me more hanging around that area, plus he found a hole under the porch where some animal had dug to get under the house but its big enough for him to get away from danger if need be.

Spooky has also learned to bang on the door and I will open it but he usually does this only when he is hungry.

The kitten has warmed up to me so much he likes for me to find him , which is easy because he thinks he is hiding on the sidewalk,  and chase him. Next I will stick a long piece of grass through the holes in the back of a chair and he will attack and play with this.

Now since I am his new love he decided to give me something yesterday morning.

I went out to feed him and I turned to come inside and there is was right by the door, a dead rat.

I seen it and went back to where he was eating and he got more petting and praise.