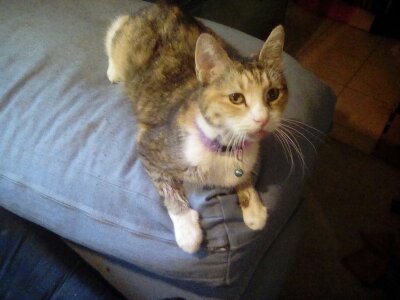 Fiona was one of our daughter’s cats and our daughter had her since she was young. Fiona was also the matriarch, the oldest cat that we had, at about the age of 16. Mostly, Fiona was 20 pounds of love in a 5-pound wrapper. She loved everyone and everything. It is surprising in a way because, by the time our daughter got her, Fiona had been severely abused. However, Fiona got nothing but love from all of us and she responded to it.

From her abuse before we got her, Fiona had spinal damage. She recovered from it but walked with a funny exaggerated swagger. There was a delay in the signal that went from her brain to her back legs, so she couldn’t walk normally.

Fifi, as we usually called her, wasn’t in good shape, though it was hard to tell. The abuse had left her with a number of issues. Two years ago, we knew that she’d lost most of her teeth, along with other issues. She still had a good quality of life, though. We merely had to make sure that she ate soft foods. She especially liked chicken and boiled fish. Her jaw had also been dislocated as a kitten and that injury never totally healed. At times, her jaw would pop out of place. 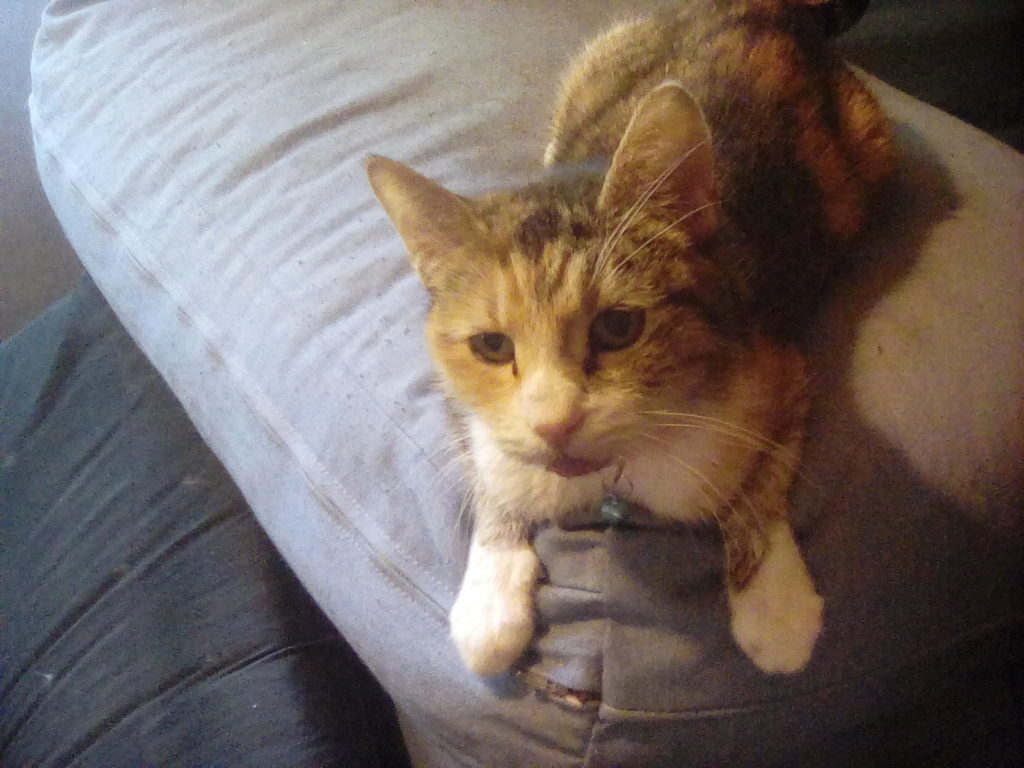 At one point two years ago, we thought she was going to die and we even took her with us on a camping trip so we could keep an eye on her. She enjoyed the camping trip and got better.

Several weeks ago, Fiona started struggling. She lost weight and started having more trouble than normal with walking around. She was still eating well, but she was obviously in pain. A trip to our vet confirmed our fears. Fiona was going downhill fast. Her kidneys had started to shut down, her liver was inflamed, and she had ulcers in her mouth.

As much as it saddened us to do so, we had no option but to put her down. Her quality of life was gone and she wasn’t going to get better. She might have lasted a few more days to a week, but she would have been in considerable pain the whole time.

We all miss Fiona and I firmly believe that the other pets do as well. Fiona will be remembered with fondness and a great deal of love. After a week, the other pets still have a hard time getting used to not having Fiona around. Oh, yes, animals do grieve.