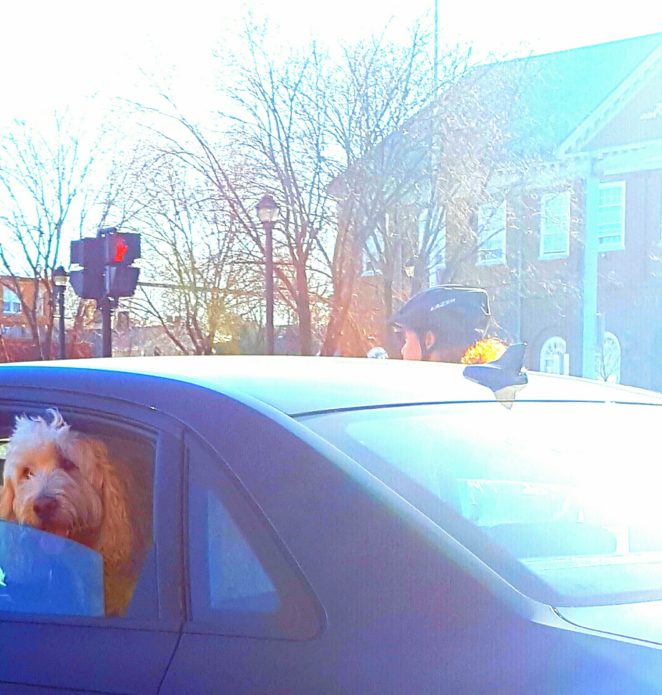 In the spring of 1984 Jeanine asked me to help her find homes for two hyperactive four month old German Shepherd/Labrador hybrid pups. I called my mom and dad. I knew they had been heartbroken when their dog Pipkin had died. They met Tania and instantly liked her but were nervous- she was the  biggest dog the family had ever had. I assured mom that Tania was not likely to grow much bigger.

Well, I didn’t think she would. My folks welcomed her with open  arms but renamed her “Nuisance” after her enthusiastic tail thumping caused a few mishaps at the house. Next I called my old high school friend Jon (The Bird). After high school, Jon had taken  a bad turn towards severe  douche baggerry; becoming a right wing born again Christian, a sex offender, and generally  kind of creepy). Nonetheless in the 11 years I had known him he was always  nice to animals. He got Tania’s twin.

The dogs grew to monstrous sizes. My mom and dad loved Tania despite  my mom’s constant complaints about her exploits, appetite, & continued  growth. It seems Tania’s twin  had a good influence on the Bird too-at least he didn’t get arrested for making any new obscene phone calls to Gloucester women. In an odd way we could say he had acquired a “service dog”.